One of Milan's symbols is their one and only galleria near the Duomo, Turin on her hand can brag about her beautiful 3 super gallerias: Galleria Umberto I near the Porta Palazzo market, in the Roman Quadrilatero area, Galleria Subalpina in Piazza Castello between Caffé Mulassano and Caffé Baratti Milano, two royal coffee shops and Galleria San Federico in Via Roma!

Commonly called 'galleria del cinema Lux' by the Turinese, Galleria San Federico is the most recent galleria, being renovated in 1931. Besides its many shops, it still hosts the Cinema Lux movie theater  a classic meeting point in Turin.
Originally, there was already a smaller galleria, so what we see today is actually the renovation of a smaller and older one in the same area to complete the other 2 gallerias: Umberto I and Subalpina. The renovation project was part of a bigger one that included the whole Via Roma aka Turin's Fifth Ave. In fact strolling along Via Roma, you'll feel like inside a Vogue Italia issue 😎: arches,  many designer's stores and marble floors.

The renovation project was actually very modern because it included underground workshops and large storage spaces for the shops and offices in the building itself.
The works were very quick and ended in 1933, making of this new galleria a very prestigious location for many companies and businesses. The first company to set its headquarter here was La Stampa or  THE national newspaper from Turin, then national insurances companies and renown jewelry shops, firms and even Juventus moved over here (up to 1985). The Cinema Lux movie theater has been renovated many times since 1931 but its beautiful Art Nouveau sign is still there! 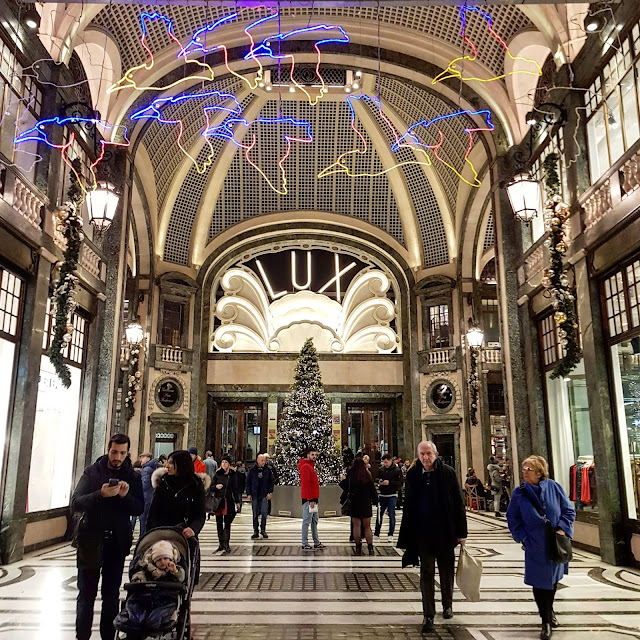 The structure of Galleria San Federico is like a T, it has 3 entrances; coming in from Via Roma you can see the Cinema Lux sign and from November to January also the light installations of the Turin's  winter lights. There's a total of 6 floors, 2 underground plus 4 above: you can visit at least 3 when you enter the grocery store next to the movie theater.
Once inside, keep your nose up and eyes wide open to admire its oval barrel vaults topped by glass domes near its 3 entrances that naturally light it up. This whole galleria has marble columns and floor, the wall are richly decorated, there is even a small balcony!!


The acoustic of this galleria is really impressive and while doing window shopping in Via Roma, you will often be captured by free concerts, some performed by the Turin's conservatory students and graduates, others by international musicians. 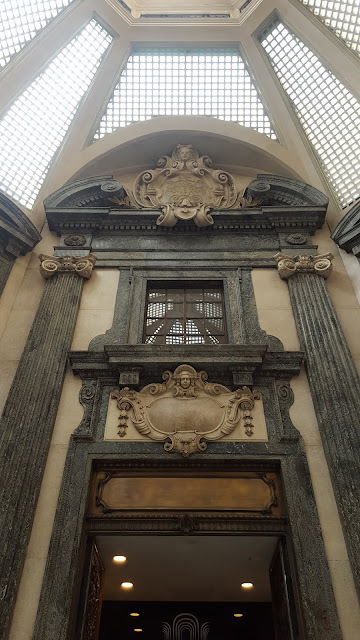 Despite the city's administration minimalist approach to the local promotion, local artists love to celebrate Torino's traditions and arts, organizing events that revolve around the city's major point. In 2014, to celebrate the Italian fashion born right here in Turin, the history of fashion deeply interwoven with Turin, the local fashion craftmanship and the contemporary fashion productions, a group of Turin designers organized Sar.TO presenting a beautiful art installation in Galleria San Federico!

Turinepi14 guest Walter Dang explained how Sar.TO referred to the professional sartorial skills of the fashion industry as in Italian 'sarto' is the tailor and TO is for Torino or Turin on many other languages.
Turinepi17 guest Adriana Delfino organized a fashion show spanning 3 centuries of fashion in a contemporary way. Turinepi16 guest, shoe and accessory designer Manuela Gomez, Turinepi15 guest Alberto Lusona as well as other 8 fashion designers based in Turin, exhibited in the galleria's temporary shops and provided a sample of their work to be hang on the galleria ceiling inside an everlasting plexiglas bubble.
This is also when we got to meet Ulderica Masoni aka Turin's fashion guru, jewelry collector and Turinepi19 guest 🙆 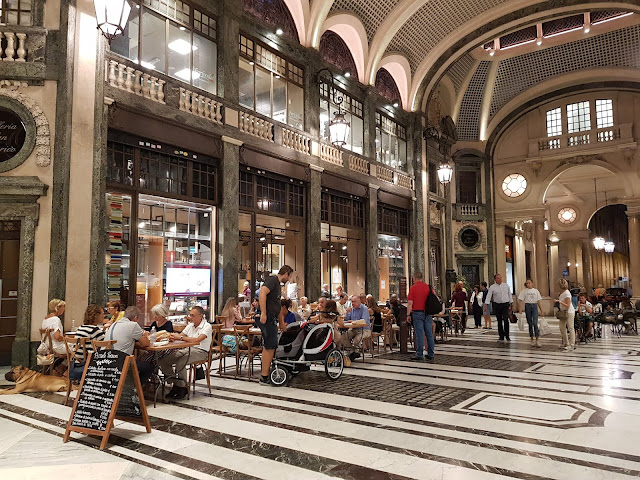 Don't wait too long, come enjoy a cappuccino, a vermouth or do yoga in Galleria San Federico in Turin before or after your shopping sesh and a museum visit 😉

To experience Turin like a local, e-mail Lucia: turinepi@gmail.com