Dancing models for a photography exhibition

The first Fashion Friday of December in Turin marked the beginning of an open air photography exhibition, in the central San Federico gallery, near Piazza San Carlo. This exhibition is part of Sar.To - the bubble installation that celebrates Turin fashion and its designers. Once again, Turin fashion designer Walter Dang wanted to honor local fashion designers, photographers and 25 Turinese celebrities with a series of black and white pictures mounted on doors. on the door knob there's a tag indicating the name of the photographer and its subject. 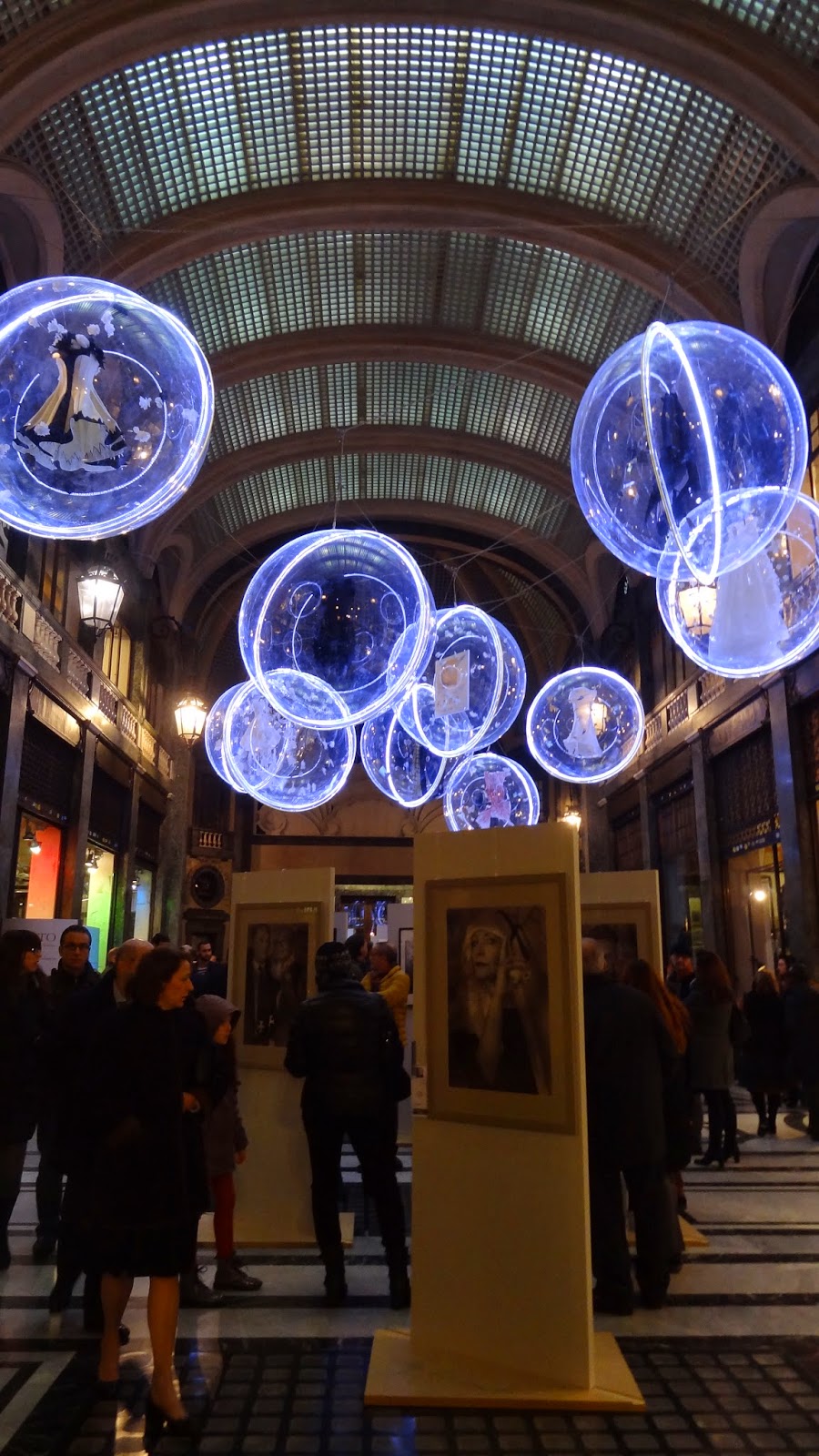 This exhibit was inaugurated on December 5th at 7pm with a danced performance titled Metensomatose - always from an idea of Mr Dang. A drum roll solemnly announced the arrival of 8 model-dancers to the middle of the gallery which was transformed into a stage.
Both choreography and costumes were inspired to birds however, it was a pretty quick dance to leave the spotlight to the exhibition that will last till December 8th.

The pictures are all for sale and the sales money will go to support FARO the Italian charity foundation also part of Sar.To.

Inside the Art Nouveau galleria San Federico there are some shops and temporary stores that are part of Sar.To. In one of these, on Saturday, visitors will have the chance to meet with the artists whose paper and parchment paper works are shown and for sales.

What more can we say?
Turin has always been an unconventional Italian city, a leader in many fields but also very hardworking. This is where the locals find their creative vibe and you can  breathe the city's deep sense of aesthetics everywhere.
Art, fashion and especially design won Turin its place in the Unesco creative cities network, making it the only Italian city among the 28 most creative cities in the whole world in 2014!