Turin has 114 churches, Gran Madre di Dio or Great Mother of God is where the royal family used to go to every Sunday, walking from Palazzo Reale through Via Po, every Sunday.

It is located beyond the Po River in a square with the same name: Piazza Gran Madre. From Piazza Castello it is a great walk to get some sense of Turin, her style and architecture. Before crossing the river you can side Piazza Vittorio (Veneto) the largest square in Europe enjoying the shade or shelter of its arches.

This church was built to celebrate King Victor Emmanuel I of Savoy, as he came back to power after the Napoleonic army retreated; its construction started in 1818 but its works stopped for 10 years and it was finally finished in 1827 together with Piazza Vittorio Emanuele and inaugurated in 1831 by Charles Albert of Savoy. 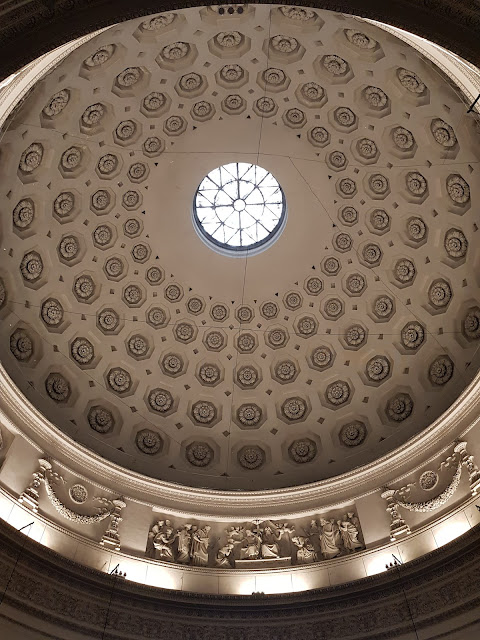 Some elements of its architecture will strike you right away: the pronaos or portico with the columns, the dome, the statues and the bas reliefs made by the students of the newly born Fine Arts Academy of Turin.

As you can see from the first picture, this church is on top of the stairs making the view of the city really worth the walk 👌 The first thing you see is the six column pronaos - as you will see before getting inside, there are a total of 10 columns and six pillars with Corinthian capitals (the top part of the column decorated with acanthus leaves).

The fronton (triangular frontal part) show a bas relief sculpted in 1827 portraying the Holy Virgin with the Child being paid homage by the Turin decurions who sponsored the church.

You can see behind the columns two recesses in the wall, each one has one statue: on the right, St Mark with a foot on a lion and on the left, St Carlo Borromeo. At the sides of the stairs there are two groups of statues: on the right, Religion and Faith on the left.

Religion is represented as a woman wearing a long dress and is looking in front of her without paying attention to the young man kneeling by her side. She's holding a cross in her hand.

Faith is also represented as a similarly dressed woman; in her right hand she's holding a book while in her left one she has a goblet. At her right there is a angel with a cane in his right hand and the left one oriented towards the woman.

The almost 10meter / 32.8ft tall statue of marble in front of the church, at the bottom of the stairs, represents King Victor Emmanuel I of Savoy.
As you can see this church doesn't have a bell tower but in 1830, a neo-baroque bell tower was built in the separate building on the right where the church offices, archives and youth club are located. 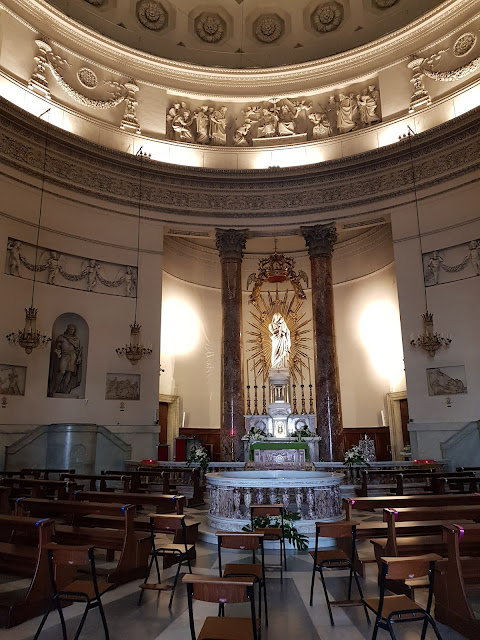 Unlike most churches in Turin, the Gran Madre is very simple: there is one round nave, the major altar is on the right inside an apsis, with two large columns in red porphyry, in contraposition with the two columns at the side of the main entrance on the left.
Behind the altar there is a famous statue of the Holy Mary with the Child surrounded by a halo of golden rays and with two puttos holding a large golden wooden crown above her.
In each one of the side recesses there is a statue: St Maurice, blessed Marguerite of Savoy, blessed Amadeus IX of Savoy and St John the Baptist, patron saint of Turin. 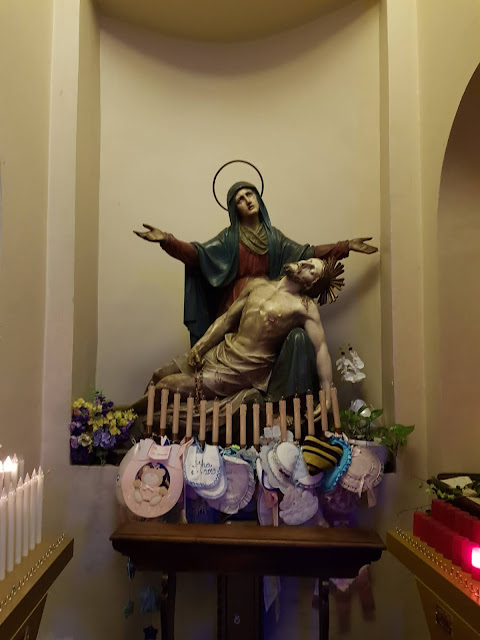 At the bottom of the dome there are four sculpted garlands alternating four bas reliefs showing the episodes of the Life of the Virgin: Nativity, Presentation to the Temple, Wedding, Coronation.
The dome is definitely the most impressive element thanks to its five rows of octagonal lacunars (ceiling coffers) in stucco whose size gets smaller as they reach the top. It is considered one of the masterpieces of neoclassical architecture in Piedmont.
It is fully made in concrete and its round oculus is over 3m / 9.8ft in diameter to allow the natural light inside the church.
The crypt is located in the basement and it hosts the memorial (ossuary) of the WWI fallen. 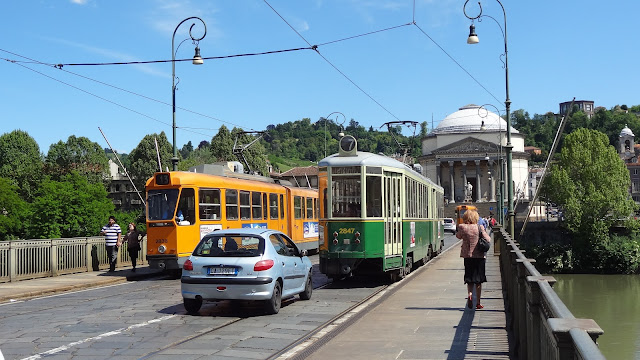 Legend has it that this church is built right where the temple of the Egyptian goddess Isis - known as 'Great Mother' - was located. This is where the bodies that needed to be identified where shown after being brought over to the royal palace.
Because Turin has a long and famous esoteric tradition as you can read in Mari Biella's guest post, some people believe that the Faith statue on the left actually represents the Holy Mary holding the Holy Grail and pointing to where exactly the real Holy Grail is buried right here in Turin!
One thing is for sure: this amazing church is well visible from Piazza Castello right at the beginning of Via Po where our university: Università di Torino was founded in 1404 and is still located to our days!
... on your way there, you'll find plenty of great places to eat and drink, so you can have a cappuccino or tea with cake for breakfast at Clarissa's before your visit, and a cocktail after, a snack at Caffé Fiorio where the Italian intellectuals always stopped by, or an artisan gelato at L'Essenza del Gelato 🍦 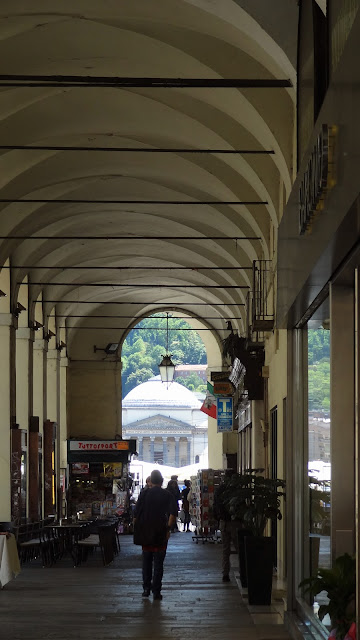 Choosing won't be easy and this is why whether you love art, architecture, esotericism, tarots, religion or simply traveling, we recommend you spend 5 days at least in Torino and she.... she will always welcome you with open arms 😘
Get in touch with us for your walking tours and activities while in town because this pandemic won't last forever 😜
E-mail Lucia: turinepi@gmail.com
Posted by turinepi at 11:05 PM No comments:

Read more »
Posted by turinepi at 9:00 PM No comments: 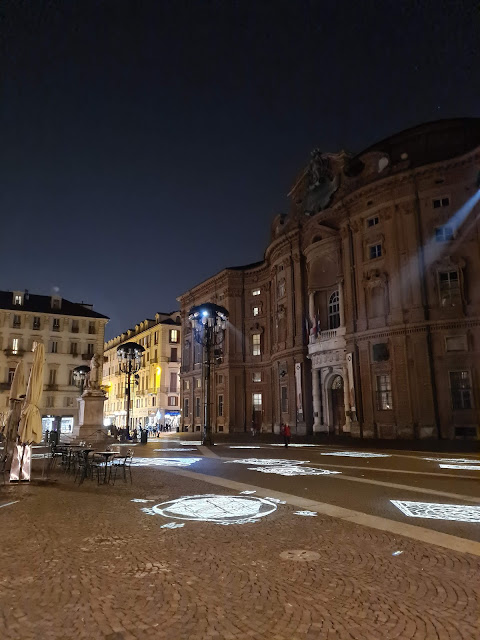 Read more »
Posted by turinepi at 8:49 PM No comments:

The new year started with the vaccination campaign for covid19 in Italy too, and as Befana came and took took away our Christmas decorations, in Turin we are keeping our Winter Lights on exceptionally till well after Mardi Gras. One of the Turin city council members explained that given the current circumstances, 'we all need to be cheered up'. 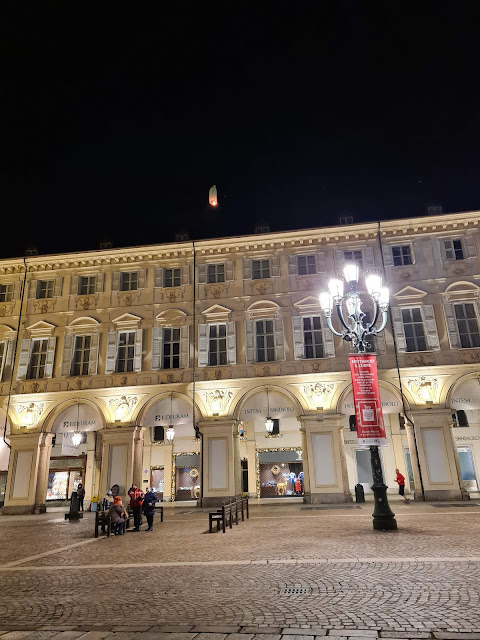 Read more »
Posted by turinepi at 9:11 PM No comments: 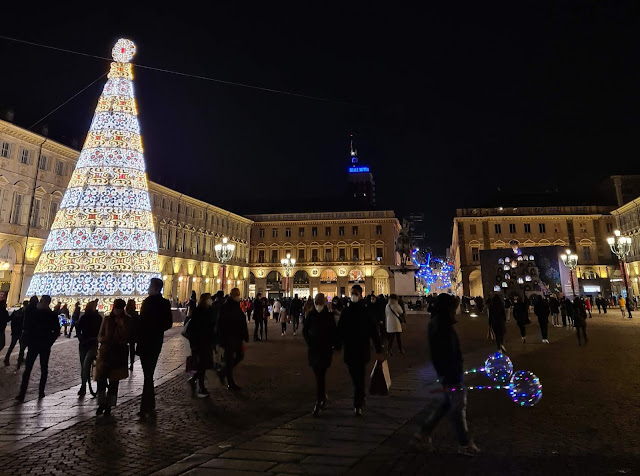 Incredibly we made it to the end of 2020 🙆 and boy, hadn't we lived it, we wouldn't believe what we've been through these past months 😥
Despite all the difficulties and losses, 2020 also reserved us some good surprises and we feel particularly grateful for the small things we rediscovered.
Little we knew back in March what our future would reserve us, but as Italy is about to be declared 'yellow zone' we feel like this is our big Christmas present and are ready to celebrate 🎍 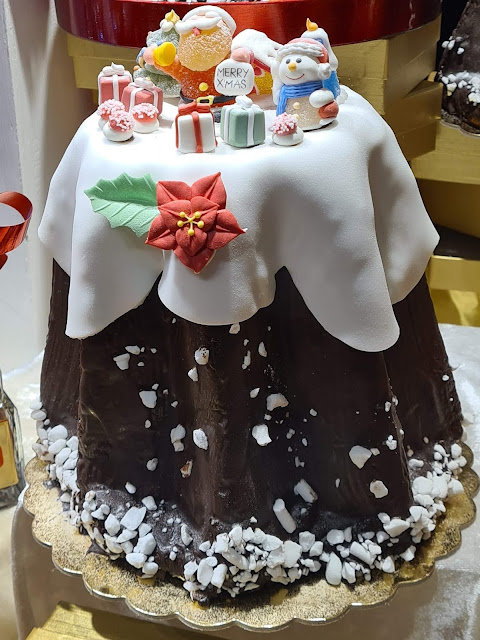 Read more »
Posted by turinepi at 9:36 PM No comments: 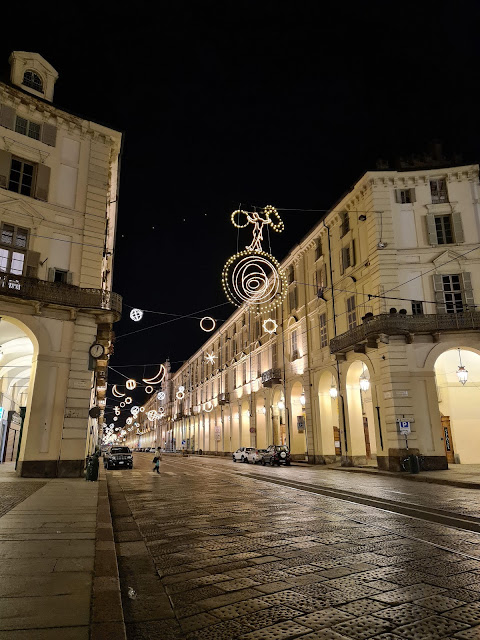 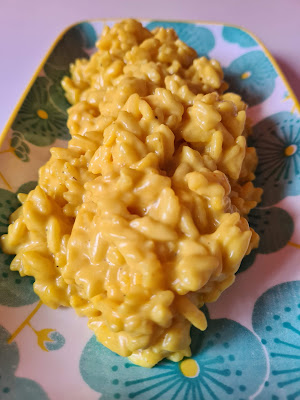 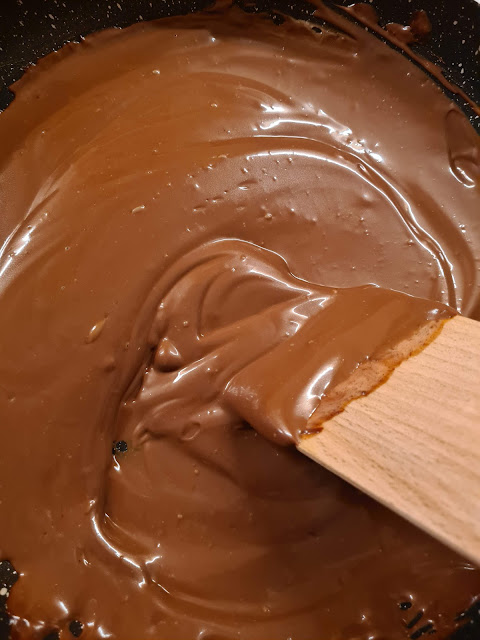 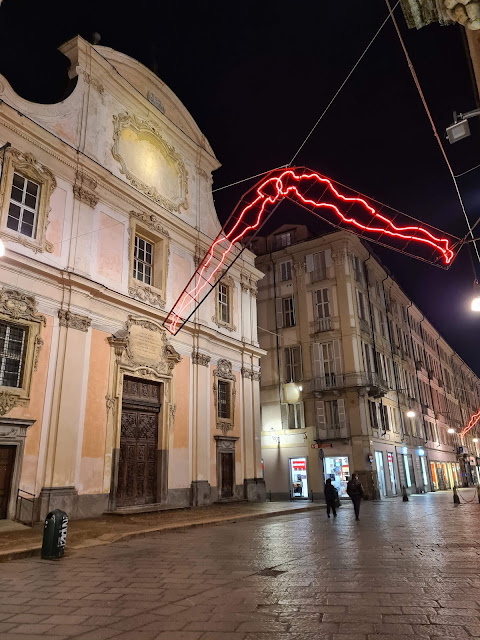 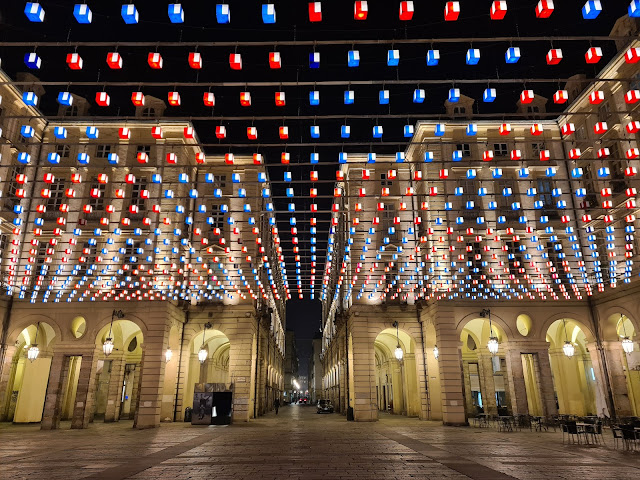 Posted by turinepi at 9:40 PM No comments: