It may be news to many but Turin has actually been having a long lasting and very steady chocolate love affair.


It all started back after the “discovery of the New World” and the history of chocolate has been historically strictly related to Turin and Piedmont. In fact, this is where the very first hot chocolate, chocolate houses and chocolate spread were invented, making of Turin the chocolate heart of Europe since the 17th century!


It was through the Spaniards and their colonies that chocolate arrived in Italy; scholars set in 1585 the beginning of this delicious love affair because that’s when Charles Emanuel I, duke of Savoy married Catherine, daughter of Philip II of Spain.

It is however, since 1678 that Turin has been the European chocolate capital because that's when the king gave his royal permission to the opening of the very first chocolate house – yes, a specific public business serving hot chocolate :P

By the end of 1600, Turin produced about 750lb/350kg of chocolate a day, and the majority was exported to Austria, Switzerland, Germany and France whose inhabitants had quickly grown the chocolate bug! Who wouldn't??

At the end of the 18th century, in Turin, Mr Doret invented the first tiny chocolate as we know it today, the one served with coffee or to be eaten to instantly sweeten up our life. By 1800 the European chocolate tradition was well rooted in Piedmont and Turin, where most of the Italian chocolates were produced. In fact, in 1802, Mr Bozzelli from Turin even invented a machine to work the cocoa paste mixing it with vanilla and sugar.

Because of the Napoleonic war, the shortage of cocoa pushed the Piedmontese chocolate makers to be creative and experiment with new textures and flavors. By adding a common local ingredient like hazelnut meal, they invented the traditional Turin chocolate, gianduiotto - named after the Commedia dell’Arte character representing Turin: Gianduia. 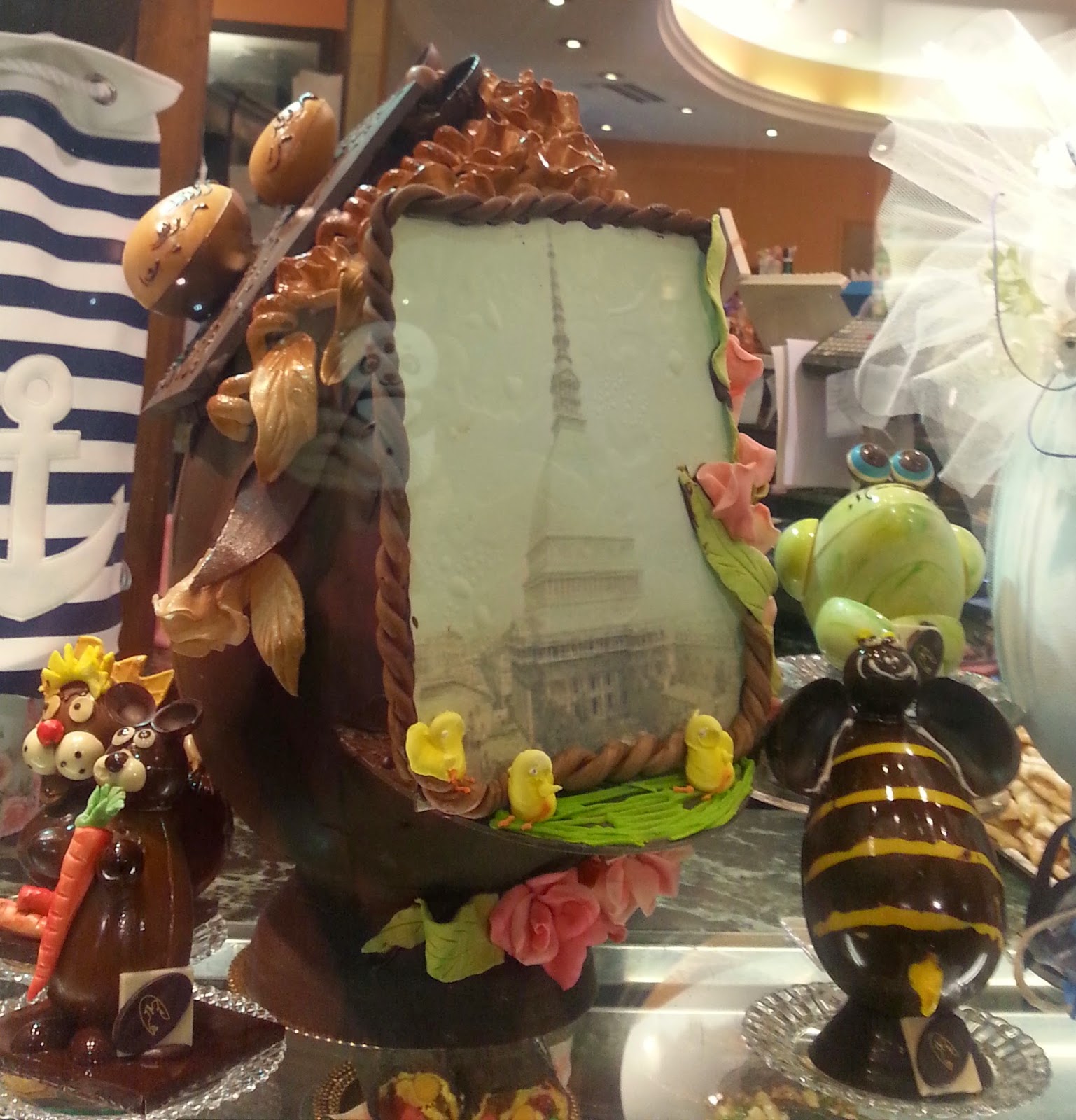 Then in 1826, thanks to a new machine that could produce up to 300kg/660lb of chocolate a day, Pier Paul Caffarel started his industrial chocolate production, which is still one of Turin’s chocolate brands you can buy everywhere in the world.

Turin’s chocolate symbol, the super delicious golden wrapped gianduiotti were firstly produced in 1852 by Michele Prochet by mixing the cocoa powder with toasted chopped hazelnuts. Like him, all major Turin chocolate makers: Stratta, Talmone and Baratti were born in the city the 19th century.

A gianduia chocolate spread was “casually” invented by Pietro Ferrero, a pastry chef, in 1946 in Alba, the town renowned for its white truffles. The legend has it that Pietro decided to sell a few pounds of a chocolate cream to make children snacks. However, the hot weather melted the cream which became a total success in a matter of a few days. His son then did the magic trick by naming it: Nutella. So since 1964, Nutella has become the top selling product that gave of Ferrero Co. and Alba a place in the hearts of all the chocolate lovers worldwide.

Today, Turin and Piedmont produce 40% of the total Italian chocolate, for about 85,000 tons of chocolate a year! When you visit Turin, you literally discover a whole new chocolate heaven where each traditional Turin chocolate maker is famous for its own specialties: Peyrano, in Corso Vittorio Emanuele II, makes over 60 different types of chocolates; Baratti&Milano with its historical café in Piazza Castello, makes pralines and cremino chocolates; at Pfatisch’s historical headquarter, you can still see the old machinery used to work their chocolate in Via Sacchi. More chocolate factories are based outside Turin: Caffarel, Streglio and Feletti.

As you can easily imagine, in Turin, each season and time of the day has its chocolate specialty:
When you come over to Turin, visit the historical Al bicerin café in Piazza della Consolata for it will taste just right, especially midmorning! 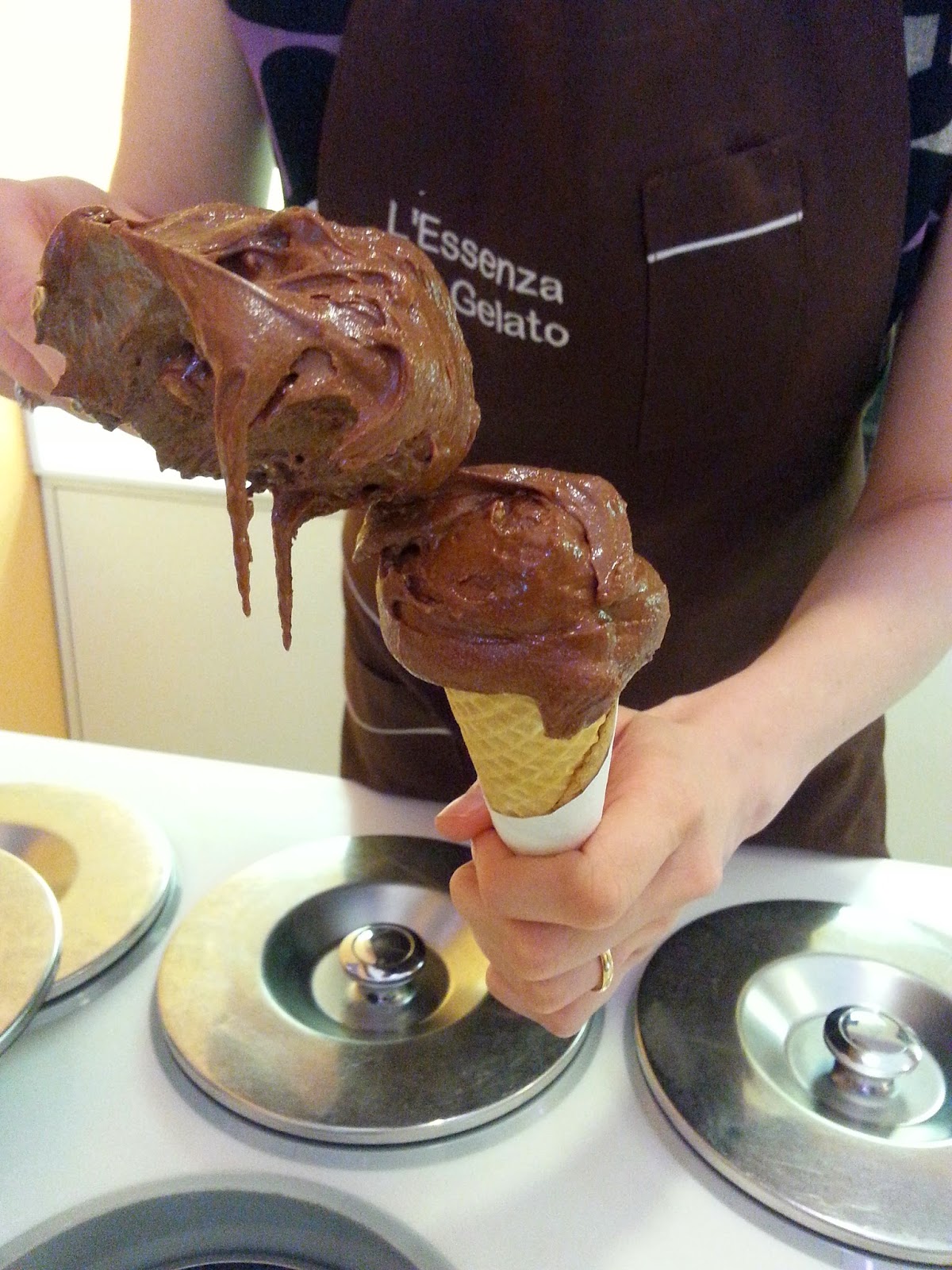 Not to mention those chocolate items we can enjoy all year round such as:

Just let yourselves wander through the city at the discovery of the local gelaterias :P 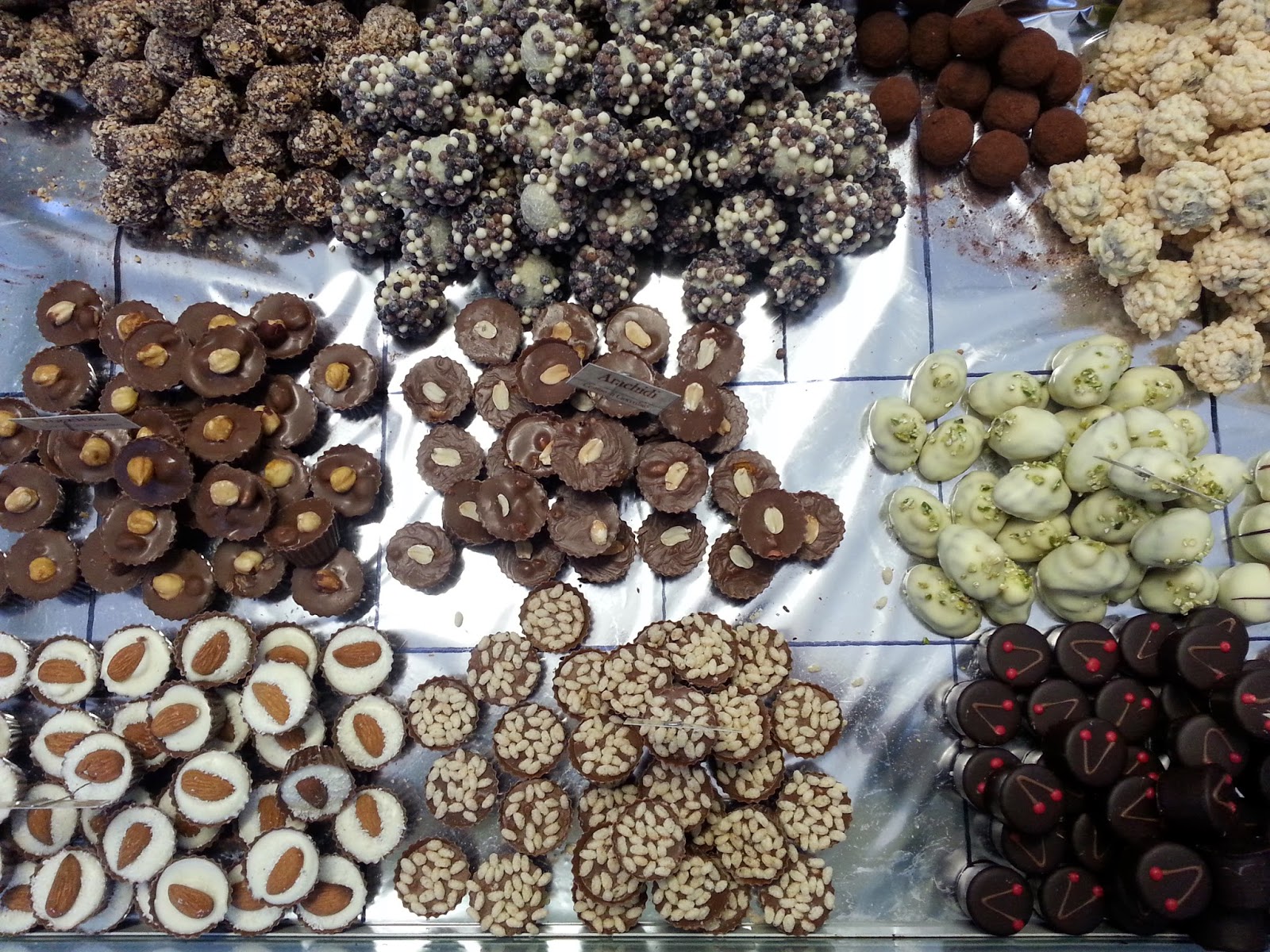 Finally, Easter is a chocolate feast here in Turin and Piedmont!
All the city shops exhibit humongous and artisanally made chocolate Easter eggs. As you’ll see, you’ll find eggs in many chocolate variants, sizes and colors! Follow us on our instagram and facebook accounts (both @turinepi) to view some amazing pics;) 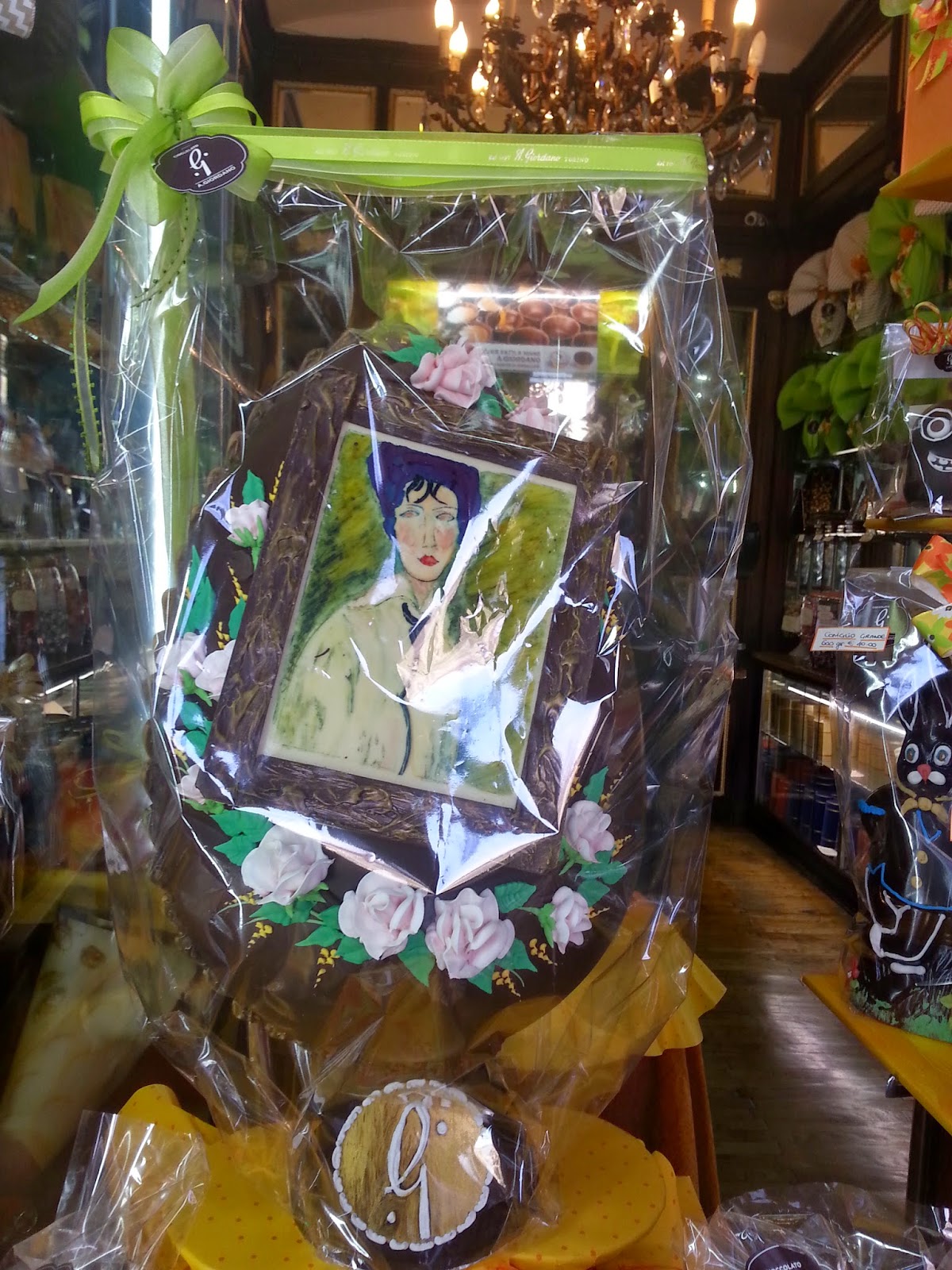 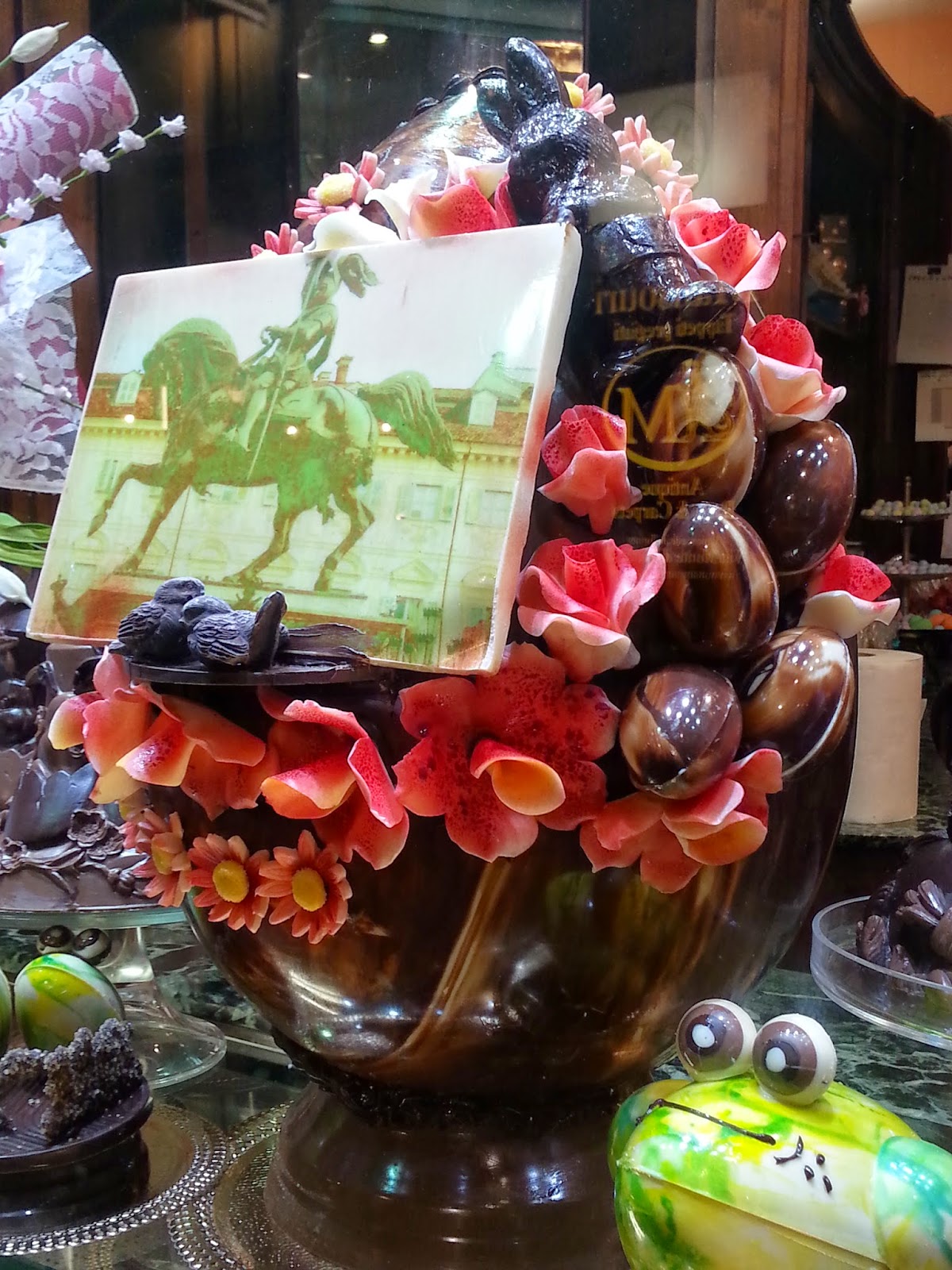 And if Easter wasn’t enough, remember you can also visit:
In short, if you needed an extra reason to visit, chocolate is definitely the best one!

Come over to Turin and get ready to savor the most royally luscious chocolate you’ll ever taste in your life!