Italy is famous for many things, yet very few people are aware that these Italian symbols in the world were actually born in Turin, first capital of Italy in 1861.

Italian fashion was born in Turin and even Vogue celebrated us, look here 😎
As Turin became the capital of Italy in 1961, the local taste for fashion expanded all around the boot. However, when the capital was moved to Florence, the royal tailors, seamstresses, embroiderers, milliners and many more fashion professionals lost their royal clients and decided to open their own shops to make their works available to a much larger market.
Up to then, we must underline how the Turinese fashion-makers had always been renown at the European level for being the top artisans of cotton and silk and the Turin tradition of the fashion craftmanship survived well to the 1960s!
It was in Turin, of all the Italian cities where you could find the best tailors and the best fabrics because the very first fashion trade fair was held in Turin too!
In 1935, Italy even had a "ente nazionale della moda" or an official fashion ministry located in Corso Massimo D'Azeglio, near the Valentino Park, with a building known as Palazzo della Moda or the Fashion Building that today we call Torino Esposizioni.
Today  Turin counts over 20 indie designers and the Torino Fashion Week takes place right after Turin Epicurean Capital!

To celebrate Turin as the first Italian fashion capital, Turin Epicurean Capital always has a Turin designer: the 2017 edition will have Adriana Delfino presenting her creative process and works on June 22 at 4pm at Teatro San Giuseppe in Via Doria 18A.

Azzurri or light blue is how all the national Italian teams are called following the color of the coat of arms of the Savoy dynasty who ruled Italy till 1946.
The very first Italian association of gymnastic was founded in Turin in the first half of the 19th century, and after many more followed like CAI the first Italian Alpine Sports Club (hiking, skiing, climbing), founded in Turin in 1863. 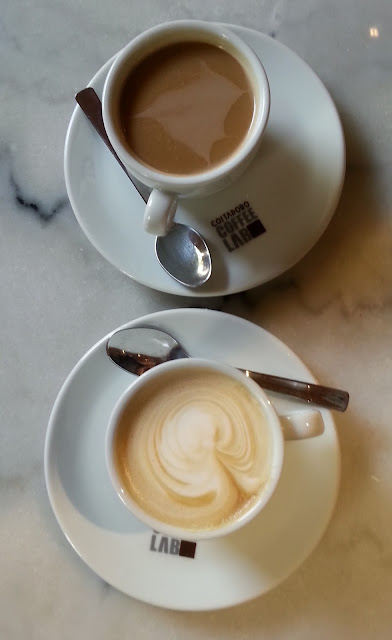 Whenever you drink an espresso, you are drinking a bit of Turin too as the espresso machine was invented in 1884 in Turin by Angelo Moriondo. His coffee machine was presented at the Turin Expo in 1884 and Mr Moriondo won the bronze medal for his highly aromatic coffee.

Of course this was a huge machine and regular Italians had to wait for Mr Bialetti (on Lake Orta in Piedmont) to invent the moka or Italian coffeepot before being able to brew their own espressos at home.
Many Italian coffee brands are also from Turin, like Lavazza who first designed coffee packages to keep the grounded coffee blends fresh. Many of these Turin coffee brands now are also coffee shop chains, when you come over, try them all to compare!

The national Italian radio and television company was founded in Turin in 1924 and the very first TV programs were broadcast nationally from Turin!

Turin was the Hollywood of Italy between 1900 and 1920 as the first movies were all produced here!
The very first Italian cinema production companies, with their studios and movie theaters were all founded in Turin too, making it the cinema capital of Italy.
The first cinema magazines were also born in Turin together with all the companies that took care of the movie promotion.

Cabiria  filmed in Turin (and other locations including Tunisia, Sicily and the Alps) is the greatest kolossal of the silent cinema ever, and also the very first movie to be projected at the White House!
Released in 1914, it can be considered THE Turin silent kolossal par excellence with its 3h circa, 12 colors, a plot that involved all social classes and Italian poet, Gabriele D'Annunzio who invented the character names and wrote the captions.

For all these reasons Turin also hosts the first National Italian Cinema Museum inside Mole Antonelliana, symbol of Turin and tallest building in Europe.

Mark them down so you won't miss them when you come over to enjoy our vidaroyal. To plan your travel with us, e-mail: turinepi@gmail.com