The second talk show of the fourth edition of Turin Epicurean Capital was hosted by the American actor Daniel McVicar now a Turin resident and truffle knight.
The other guests were Jan Egan aka The Watchful Cook, world renown food photographer Ilva Beretta and Turin astrologer and author Patrizia Balbo.

Daniel prepared different questions for all of his guests keeping the Italian food and wine culture as the red thread.
He started his talk show with Ilva Beretta who rigorously uses only her camera and studio to take her pictures. She is unable to use a cellphone and to photograph what she eats like most of us. Through her pictures though she likes to tell food stories, and she shows the ingredients before and after meals. She calls it fine art for food and indeed it is fine art since she customizes lights, colors and cuts according to the need. 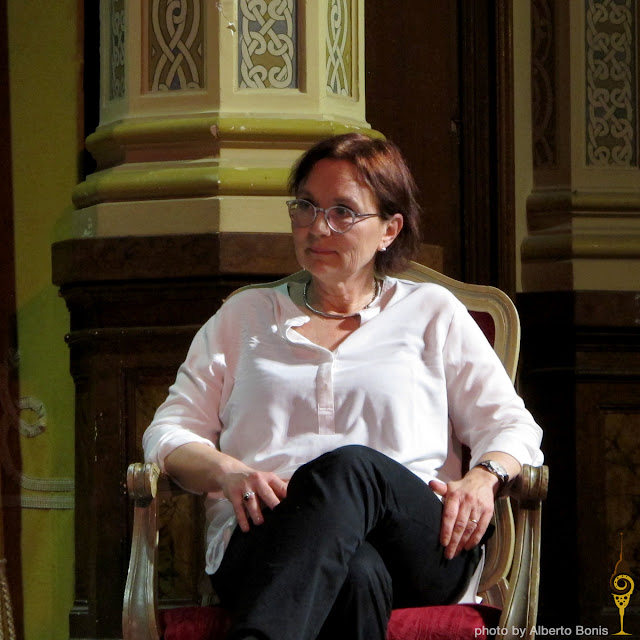 Jan instead is a real food (and wine) activist, she started her blog to show how you can keep quality cost conscious. She added that especially in the UK, much more than in Italy, but very similarly to the USA, food is a class issue. Poor people have only access to poor quality food. 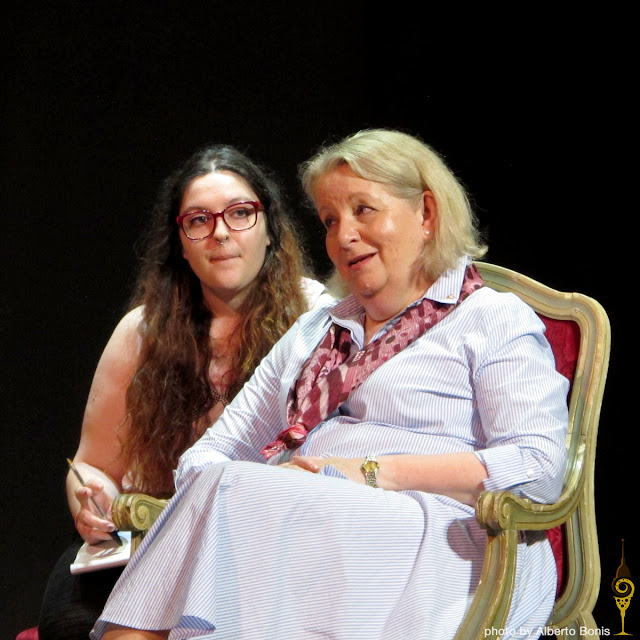 On the other hand, astrologer Patrizia isn't a foodie at all, she could live only on gelato because of her Jupiter placement. She explained that Jupiter rules nutrition, pleasure and our relationship with our mom. 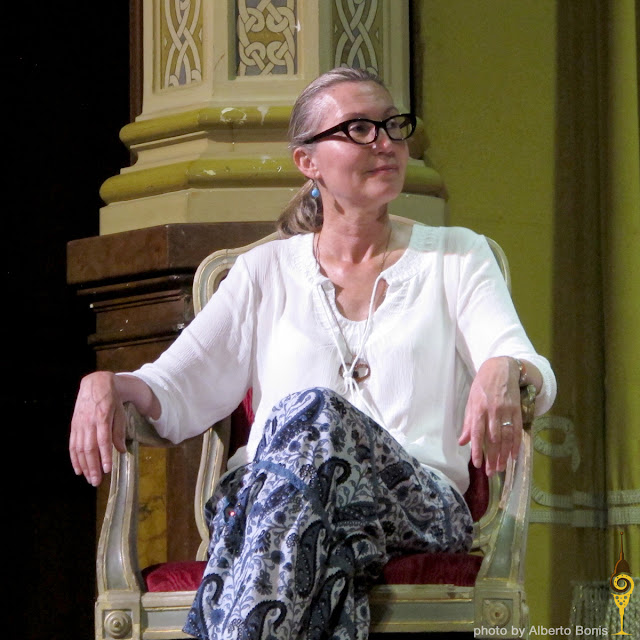 Patrizia gave us some insights about how astrology works in our lives and how the different planets' positions influence us. She also presented her book Ai Piedi di Venere or At Venus' feet soon to be released in English too. 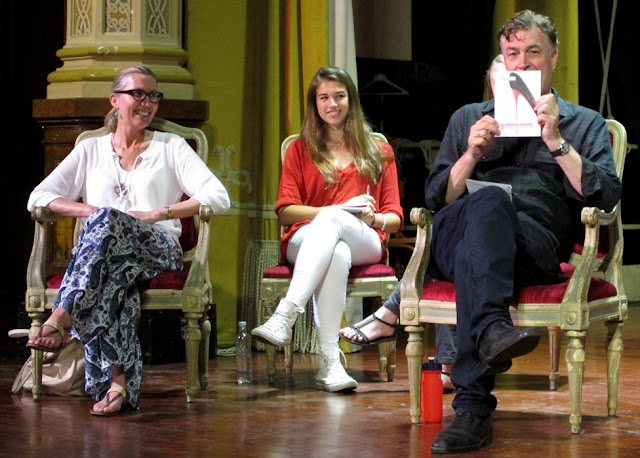 So Daniel recalled his experience in the Italian Celebrity Survivors, when he lost 15kg - 33lbs because they were barely given half a portion of rice a day.
He survived easily but noticed that more than the lack of food, the Italian participants were actually missing the convivial side of the food experience and tried to find way to create it at any chance. 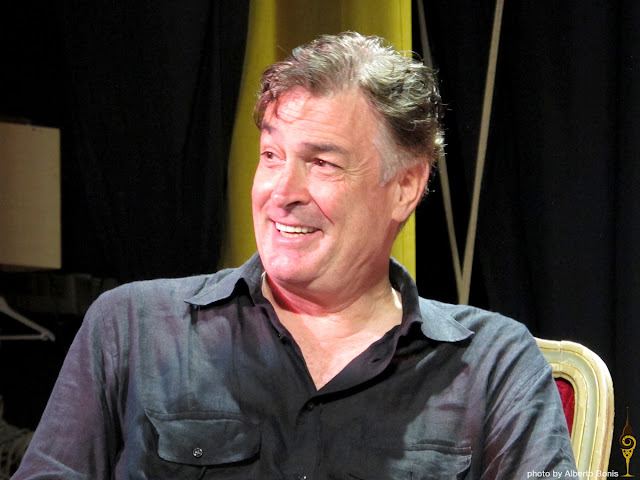 Ilva commented that in Sweden and other countries, people rarely talk about food, whenever there is a gathering, people ask "how it was? was it fun?" but Italians always talk about food and are very interested in all food details.
In her case, growing up in northern Sweden, she didn't like food so much. She didn't have much access to fresh produce and didn't like the fat in the meat either.

As she has now been living in Tuscany for about 20 years, she is finally happy even though she is not particularly fond of Tuscan cuisine: her passion is the Sicilian cuisine because of the freshness of its ingredients and the cooking styles.

An epiphany caught Jan at La Via Del Sale, a restaurant in Turin when she had fassone beef: she thought she had died and gone to heaven. In fact, even though Jan had lived in Japan and had had kobe beef many many times, she thinks fassone is just outstanding.
Then she told us about her food memories growing up in the UK:

For Daniel, the fourth of 12 kids, his mom had a weekly menu mainly made of convenience foods:

Unlike the other guests, Patrizia told that her food memories are quite frugal, like the hot cup of milk her mom fed her and her brothers in the evening for dinner but she explained how the Italian menu got structured in separate courses:

This was a very entertaining talk show with many different topics. Some came back, like the tuna casserole one, others were definitely new, like the role of Jupiter in our lives.

This second day of Turin Epicurean Capital 2017 was full of activities because after lunch, we had the Adriana Delfino's presentation and a sensorial aperitif with Lucia Andriolo.