How many of you have watched: Umma, Pachinko and Squid Games??

If you are familiar with Asia and Italy by now you will agree that Turin is the South Korea of the boot.

Rome, Florence, Venice and Naples are to Italy what China, Japan, Thailand and Vietnam are to Asia: everyone knows them! But Turin like South Korea is the edgy, trendy and just the cool underdog.

Our histories are definitely rather different; in a way, if you ask any local, they will tell you that more than South Korea, Turin is Singapore minus the tropical weather and the South China Sea. Indeed Italy doesn't any regional borders or walls but after all, in Europe, only Cyprus does.

Yet, to those who actually live in the boot, regional differences are big as well as our inner province identities within each one of our 20 regions.

So why South Korea?

Korean cinema, especially horror and dramatic movies are very famous and doubtless, Italian cinema was born in Turin, and the esoteric symbols spread all over our city make of Turin a very intriguing movie set. Our architecture offers plenty of devilish faces on our facades to make Benicio del Toro's 'Pan's flute' real.
K-pop has been rocking the world for ages now and 2022 brought the 66th edition of the Eurovision right here in Turin rocking 40 countries beyond the EU borders!
Korean fashion and beauty sense are very peculiar just like Turin's eternal elegance made of blacks, dark greys, cream hues, tailored suits and designer accessories. In fact, the whole city is so neatly planned that when locals see her on the screen, they do need to pinch themselves to realize it is all natural and not CGIed.

Unlike South Korea, in Turin we might not have our own city beauty brands, but we do happen to have developed the parfume and essence art for centuries... and we also have many local independent designers and artisans, so tailoring is our second nature.

Kimchi stands to Korea as chocolate, full-bodied red wines, red wine marinated roasts, yolk rich tajarin noodles and agnolotti del plin are to Turin.
Extra hot and spicy food are never on our menus, but we master Italian coffee, cheese and risotto being the top European producer of rice! Yes, risotto is one of our staple dishes here together with our table diamonds or white truffles. 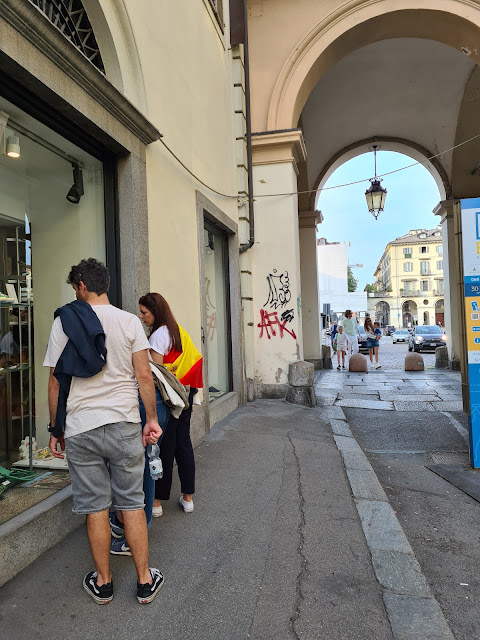 And then there is the industrial sector that helped the South Korea economy burst in the past 30 years. Well for us here in Piedmont, history has offered us a multitrack path starting with FIAT at the end of the 1800s, then with the visionary IT revolution of Olivetti in Ivrea, and finally, with the engineering and space research of the Alenia branch in Turin that provides the key studies and pieces ESA.

So no, in Turin we can't actually boast about companies like Samsung but after all, we do have: FIAT great car museum), Martini & Rossi, Lavazza, Nutella and Ferrero Rocher (Ferrero), Robe di Kappa and Caffarel just to name a few you can find everywhere in the world. 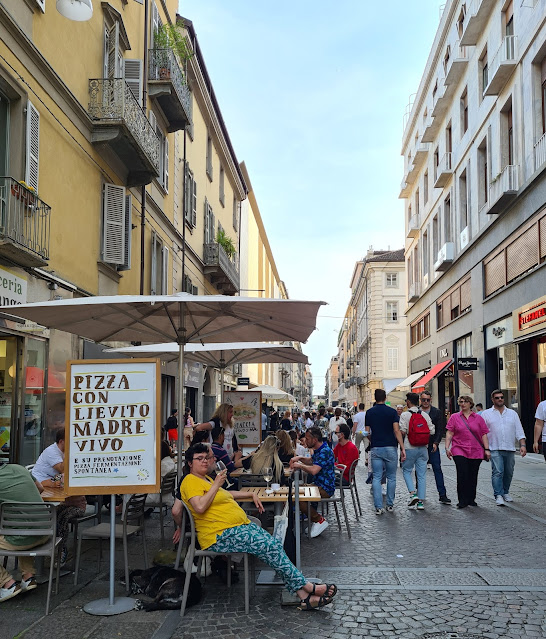 South Korea also has its own traditional jade green ceramic. Turin and Piedmont definitely don't share this tradition, but as a couple of our villages in Piedmont have an ancient ceramic tradition, we do have a few workshops in town where local ceramic artists sell their works and customize everything they make. Needless to add we also have ceramic workshops with their own kiln where you can make your own ceramic art.

Finally, K-dramas are very popular and in Turin, we have our own Netflix series: An Astrological Guide for Broken Hearts filmed and set here, like a number of other TV series and movie productions from Italy and the rest of the world!

As Italian cinema was born in Turin, we naturally have an amazing National Cinema Museum also tallest building in Europe! 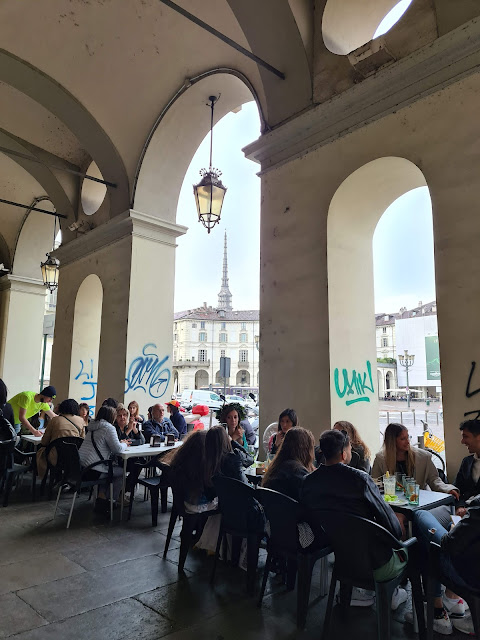 In Korea, just like in the rest of wider Asia, tradition and innovation coexist seamlessly, in Turin instead we have many stargates or places where things haven't really changed at all, and everything is still as it was: royal coffee shops, family owned specialty shops, restaurants, gallerias, not to mention our piazzas, lanes and overall multi century atmosphere spanning from the Roman times via Bridgerton to our days!

When Stanley Tucci came over to film his episode 2 of Searching for Italy season 2, with stars in his eyes he commented: a time warp!

In fact, we are so unique and different, so European and yet quintessential Italian, many international movie directors choose to film here.

Korea is the country of the calm and cold mornings and Turin is the city of bicerin coffee and meditation wines. Yes, Stanley came over to Al Bicerin and enjoyed a young Barolo too.

Life can certainly be hectic in Turin, but us locals know how to slow it down, sit down with our family and friends and savor it in the best of the ways!

Needless to add that as Kalush Orchestra won ESC 2022, Turin is now ready for her next big event: the 34th edition of the International Book Fair of Turin on May 19 - 23 aka the largest Italian book fair since 1988!

Have a look at some of our next 2022 events in our last post.

Art and music in all their forms, chocolate, wine and of course food the stars that light up Turin all year long, amici.

So, polish your crowns, book a tour and a private with us: turinepi@gmail.com

and hop over: Turin will amaze you!! 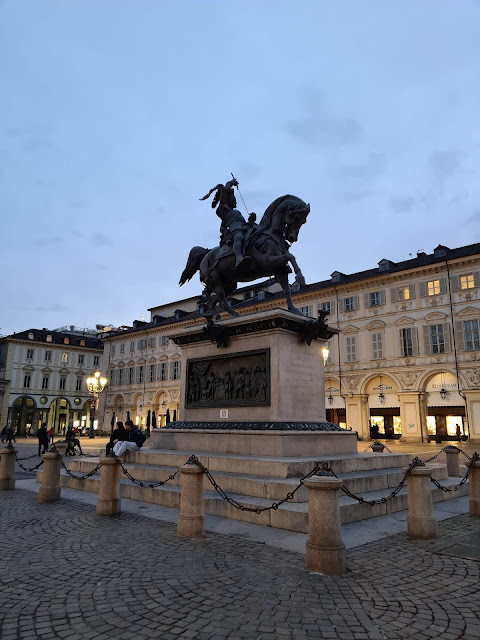