Freisa Festival every Spring in Chieri

The history of Freisa vine started in 1500, back then these wines were considered exquisite and much more refined than other average wines. In 1600, Giovan Battista Croce, royal wine buyer of the Savoy family who ruled Piedmont, described it as produced by a rustic and enduring vine because it resisted dry hot summers and chilly springs. This is why Freisa is cultivated on the hills and it's considered a typical Turin wine.

Freisa bunches are cylindrical and its grapes have a thick dark blue skin. There are two main varieties:
Freisa di Chieri and Freisa d'Asti  both are DOC red wines. 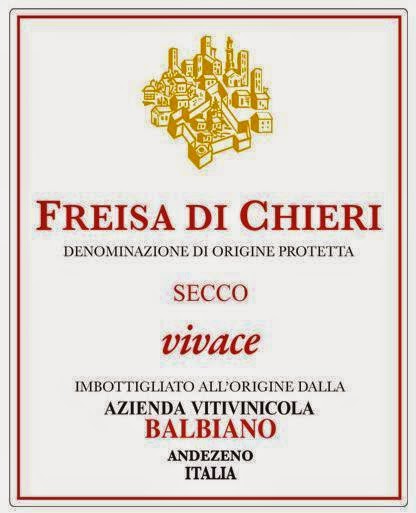 Freisa di Chieri is grown in the Chieri area, on the surrounding Turin's hills and it's been a DOC since 1973. It can be dry or "amabile" loveable - read delicate and sweet to the palate and it has a ruby red color with raspberry and violet scents. This last variant reminds of Brachetto d'Acqui. Freisa di Chieri can also be spumante (sparkling), frizzante (semi-sparkling). Every spring, in Chieri there is Di Freisa in Freisa, a whole festival devoted to this wine variety where people can taste it together with local specialties. This wine is ideal served with pasta dishes, roasts and fried foods. On a picturesque note, even Ernest Hemingway talks about it in A Farewall to Arms saying it made him curious to try it!
Freisa di Chieri 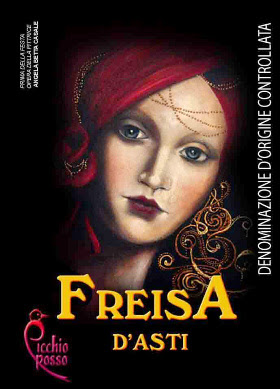 Freisa d'Asti earned the DOC certification in 1972 and it can be dry or amabile loveable, sparkling, slightly sparkling and still. It can be rosso - red and superiore or aged one year. It has a garnet red color when young and cherry red as it gets older. Its bouquet has floral elements of roses and violets with raspberry hints. It is usually paired with cured meats as antipasti, salads, pasta dishes with meat sauces, cheeses, the typical bagna cauda, chicken, veal or anything fried. The sparkling variants are normally served with desserts at the end of a meal: pies and hazelnut cookies.

As Freisa di Chieri DOC is  the Turin wine par excellence, it is worth mentioning that Turin is one of the only three cities in the world, together with Vienna and Paris to have a urban vineyard. It is on the royal Villa della Regina property within a walking distance from the city center. this royal villa was designed at the beginning of 1600 and the regina or queen who lived in it was Anne D'Orleans, wife of the duke Victor Amadeus II of Savoy. 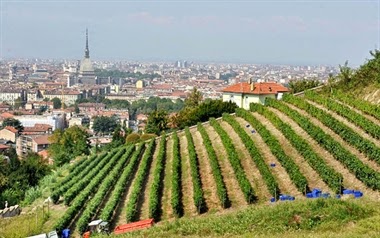