Starting this week we're hosting guest posts about food!
Read the following post by our friend, Wendy Lange-Faria who has a real passion for food and food tourism and you'll immediately feel teleported in the Canadian North! 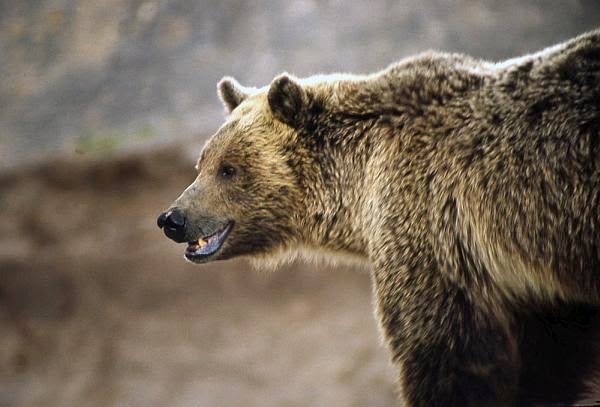 Why food travel and tourism? Someone asked me this question the other day and it gave me pause to think when and why my interest began!

My earliest recollections for one reason or another revolve around food - given that we as humans all have to eat and drink to survive, there are few people I know who wouldn't have at least some stories to recount around the table! Growing up in Canada's Yukon let me share a couple of tales with you.

My father was a hunter and a fisherman during my formative years. In fact, I recall going on fishing trips and holding a small trout in my arms like a doll. We would go to the side of the stream to clean the fish and that was my first exposure to lighting a fire, taking the eggs out of the fish and frying them in a bit of butter - hearing the sizzling sound and the sharp popping noise as they cooked. Not a piece of fish was wasted really, we ate the liver fried and even the cheeks of the fish too. This was topped off with a short jaunt to the forest to pick leaves of Labrador tea that were seeped in hot boiling water. The hot tea was sipped, taking off some of the chill from the cold arctic waters. Later we would forage in the forest for Mossberries to pick and take home to make succulent mossberry pie - how could I not develop a sweet tooth following a taste such as that!

Fast forward to my life as a young adult - living in a tiny cabin off of Lake Laberge. My refrigerator consisted of a cooler buried in a hole behind the cabin to keep the food chilled and safe from any hungry creatures. Almost safe.... One night I awoke startled with an eerie feeling that something was awry. Sure enough I heard a thud on my balcony step and peeking out of my window spotted a great black bear. Have you heard the expression "hair standing on end" and "spine tingling fear"? Well, those are not just expressions! I felt both those sensations and they both chilled me to the bone! My door was shut to the cabin of course, but the little latch was definitely of no match for a bear if he/she so choose to enter the dwelling! I had a tiny little pantry closed with a curtain and I hid behind that for a moment. It is funny how the mind works in such moments of fear!

I heard the bear sniffing at the door, then of course the idea of food beckoned his senses (I'm guessing it was food beckoning him in his bear mind) for he went to the back of the cabin and started digging around the cooler whacking at it and growling. Canadian coolers are clearly built to take a beating and my hole in the back was deep enough that he was sadly disappointed not being able to retrieve the goodies within!

Finally, I regained my senses out of terror and built a little fire inside my wood burning stove to hopefully frighten him away. That seemed to work as I heard him lumbering off into the woods and I obviously fared well enough to come out of that experience and can tell the story!

While I no longer live in a tiny cabin, nor do I reside in the North, it is with great fun that I can recount such adventures. It was fun wandering in the North finding edible plants and herbs too - always so much to discover and everything with its unique taste and flavour not to mention distinct experience.

And that's why I think food travel and tourism is so intriguing. Each place one visits has their own unique blend of foods distinct to the region and stories that revolve around traditions and families and place!