Bra DOP (cheese) takes its name from Bra, the Piedmont town where the Slow Food movement was born in the 1980s. It is one of the municipalities within the Cuneo province, in the Roero wine district, where many of the high quality ingredients of the Piedmontese cuisine are from. This is definitely an interesting area full of medieval hamlets, castles, vineyards, truffle grounds and amazing restaurants :P
A citta' slow or slow town, Bra is where every two years Slow Cheese, a whole event about organic and local cheese takes place! 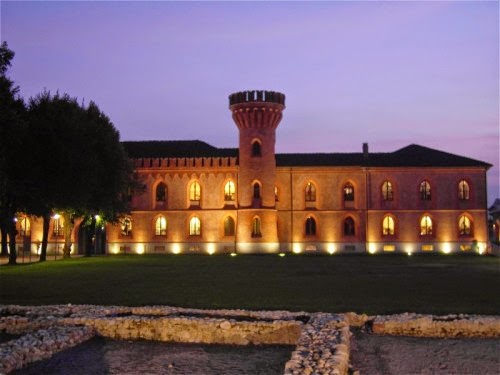 - Bra Tenero or tender is aged up to 6 months, it has a light grey crust and it's mild and milky
- Bra Duro or hard is aged 1 to 2 or longer years, it has a darker and thicker rind and it's spicier and more pungent. It's often used as a grating cheese 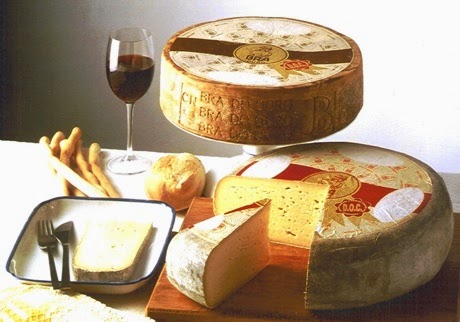 Barbera d'Alba and Dolcetto delle Langhe best exalt Bra cheese aromas and textures.
Foodwise, just imagine the flexibility of these 2 cheeses and the variety of dishes you can make, from the most scrumptious mac & cheese to quiches, the salads, pasta and risottos, breads or even just savor them on their own with some rye or multigrain bread and jams :P


Just like the Piedmontese immigrants to America had understood, no matter what you eat and drink with Bra cheese or where you are, you'll always savor the flavors of its original land! 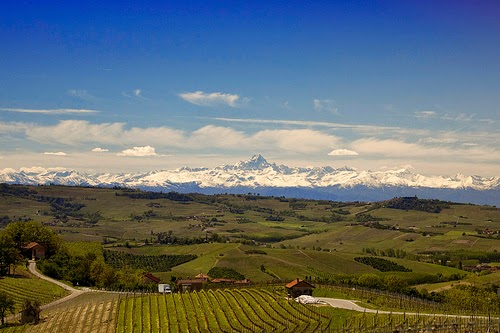