As of today many schools in Turin have resumed their classes before the official date of September 14th. Many Italians are back from their August vacations mostly in Italy and very few in other European countries. The temperatures have slowly been dropping but last Saturday we were still in the full of the summer with our 30C/86F and the sweat dripping down our backs as we were walking downtown. 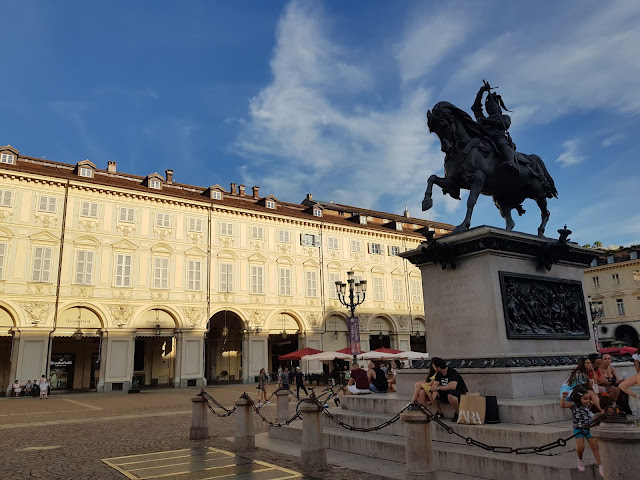 Since May, when were finally let out for walks, we have been in total awe at the beauty of Turin: her spaces, her architecture, her elegant atmosphere, her green spaces and rational grid plan. Like many Saturdays we wandered the streets, the Roman lanes and did some window shopping to see the new Fall collections and what remains of the summer sales.

We started at tea time and witnessed the sun going down; we strolled through some of the local pedestrian streets and enjoyed a free bagpipe concerto in a piazza. As we reached Piazza San Carlo - aka the living-room of Turin as Giuseppe Culicchia wrote in his book Torino é casa mia - we were fully steeped in the Torino charm 😍 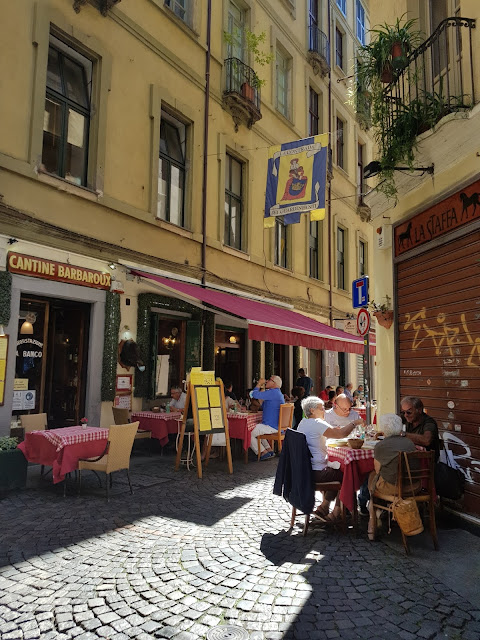 Fascinated by the pinkish hue of the golden light over the 1700 palazzos in the square, we breathed deeply and looked at the people enjoying their Saturday walk or 'vasca' the relay like in a pool but with shops and cafés. More people had their mask on even though not required unless you can't keep social distance or are indoors. And moving our gaze from the horse statue of King Emmanuel Philibert to the arches a crazy thought hit us: Torino é perfetta le manca solo il mare - Turin is perfect as it is, she only missed the sea 😜

As we kept strolling, we tried to imagine how Turin would be like if, like Genoa or Venice, she was located on the coast. Would her piazzas still be huge and airy? Where would the beach be? This one was an easy answer: the beach would certainly be where River Po is 😝 and consequently yes, the piazzas would definitely be as large as in our reality and you would see everyone getting off at the end of Via Po where the university is, to head off to the beach with their colorful towel under their arm.

Walking under the Piazza Vittorio arches you'd breathe la salsedine or the sea scent. Of course we wouldn't have the surrounding hills, nor their vineyards, because we would have blue-green waves and boats. 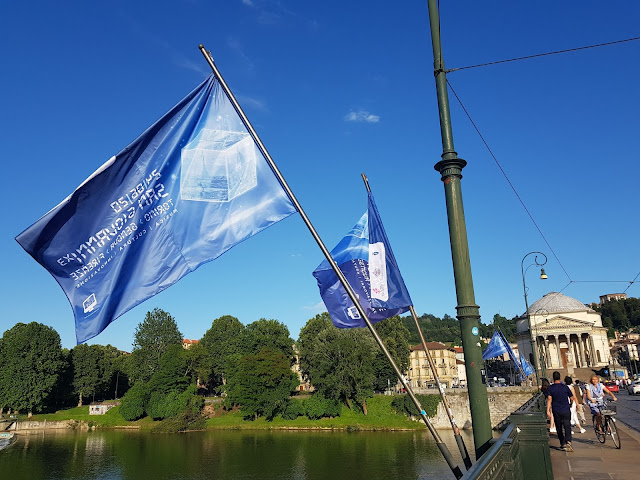 Turin doesn't have canals like Amsterdam and Venice, but she does have tiny lanes similar to those you see in many Italian towns on the sea. We would probably have more souvenir shops and more beach shops selling toys, beach umbrellas and sun lotions but our habits would still be same: bicerin coffee at midmorning,  gelato in the afternoon and evening and especially our apertitif, just with calamari fritti and tiny fried fish sprinkled in fresh lemon juice! 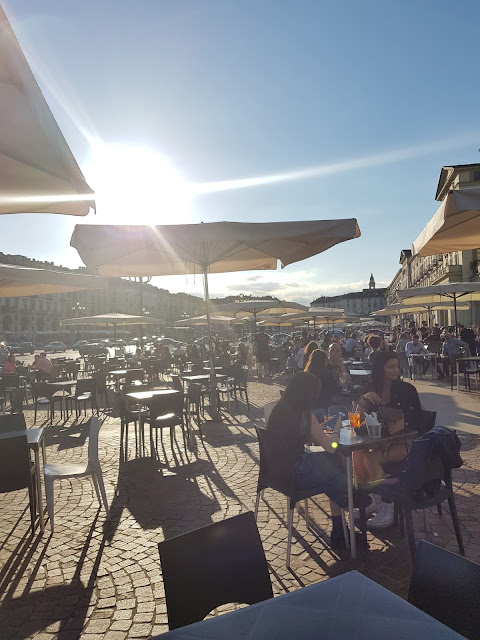 In the winter we would still drive up the mountains to ski and somebody would still imagine the fish wearing a coat under the sea. High quality red wines would still be our major production with chocolate, but maybe we would also have more fruity crisp fizzy whites like Favorita or Gavi wines.

Like in Venice the wind wouldn't push the sand in the corners of our buildings or on our glossy marble floors but who knows? We might have some palm trees along the beach promenade like in Nice.

With these details in mind we reached a small artisan gelateria and got a huge cone of violet and gianduia that teleported us back in our current dimension. 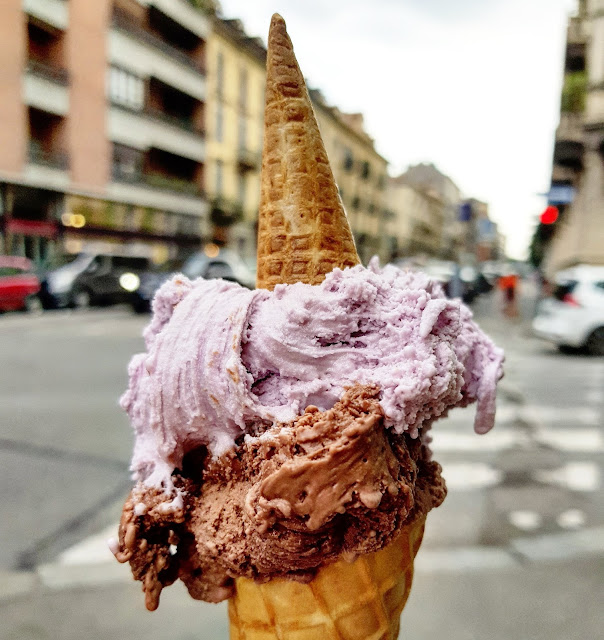 The moon high up in the dark sky, the quiet avenues and the cool air brushing through our hair gave us one nice thought: we are all exactly where we are supped to be in our lives, but for us in Turin, this concept takes on extra flavor like the extra whipped cream on top of our gelato cone: Turin is uniquely magic 💫 once you get the hang of it, you'll be craving for more and more 💃 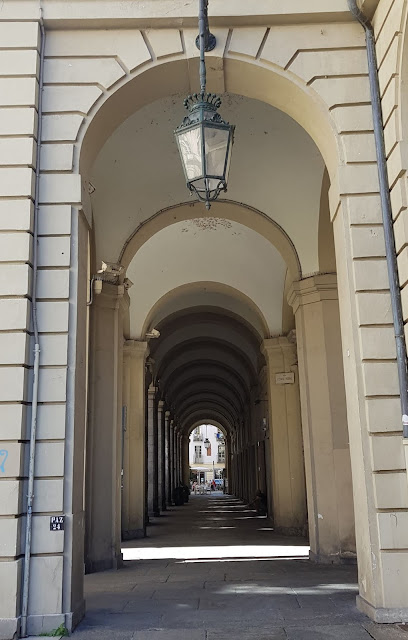 Turin will amaze you! Plan about 5 full days and check with your hotel about the discount you can get thanks to COVID19 because you could end up paying a fraction of what you think...

For a tour or mindful experience with Lucia, e-mail: turinepi@gmail.com