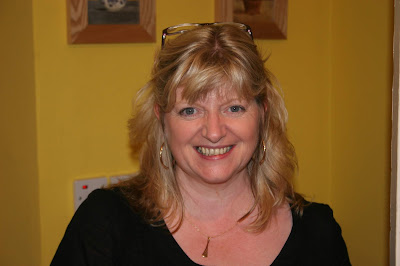 Amanda is a writer, student, wife, mother and Grandmother. Dividing her time between homes in the North east of Scotland and the Piedmont Region of Italy, she patiently awaits the day she can perfect the Italian language. Until then, she enjoys writing about her adventures and reviewing books, mainly those set in and around Italy.


Enjoy her perspective on Turin and do like her: come over!!

Having met and fallen in love with a half Italian-Scotsman, I first visited Turin in 2007 when I went there to meet his Mother and his Sister and her lovely family for the first time. I had only been to Italy once before. I spent a very quick weekend watching Scotland play Italy at rugby in Rome several years previously.

Turin did not impress me straight away. It was after all, a city and I have always been a country girl. It was far too hectic, with its trams and buses and the traffic dodging crazily, sometimes three cars abreast, along its busy streets. Cars were apparently abandoned willy-nilly, sometimes down the centre of the street. (I later learned that this was ‘normal’ parking practice). But I had to admit, there was something about this city that grabbed my attention. 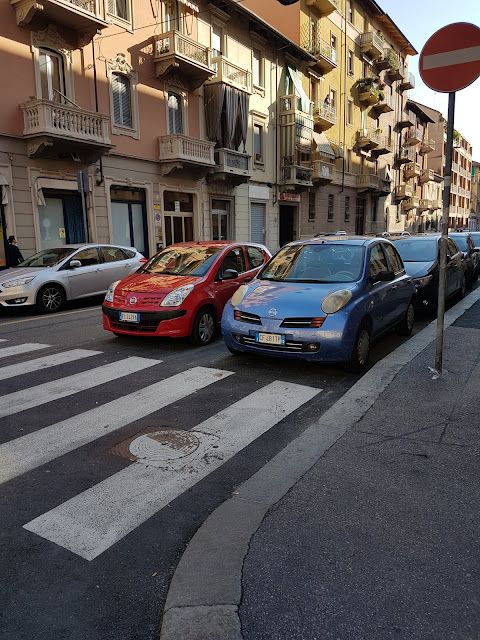 I arrived on a cold winter afternoon in January. My husband’s twin brother, who we had been staying with in Piedmont for Christmas, drove the three of us up to Turin for a New Year celebration with the rest of the family. I had moved to Scotland from Sussex in 1975, so I thought I was used to the cold, but the crisp air that met us as we stepped out of the car at The Church of Santa Maria al Monte dei Cappuccini, a late renaissance-style church on a hill overlooking the River Po (near the bridge of Piazza Vittorio Veneto) completely took my breath away. It was -6°, and I could see the frost on my breath as I spoke. The views were stunning, but being ill prepared for the cold, I took one quick snap of the twin brothers on my phone’s camera and leapt back into the warmth of the car.  Gazing out of the window as we were driving away, I promised myself I would return to this place again soon. Perhaps in warmer weather next time though.

When I did return in the spring of 2008, I became more enchanted by the city. Taking a walk around with my Sister-in-law, I began to understand its beauty. She has lived in Turin since she left University in Scotland. Now married to an Italian sculptor and employed as a lecturer at the University, she has explored its many areas over the years and knows the city well. This enabled her to point out interesting sights that I would perhaps otherwise have missed.

So what are my favourite things about Turin? 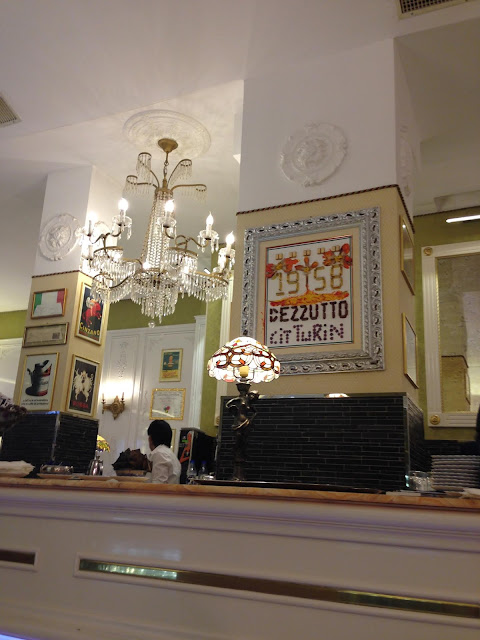 Let me guide you around this wonderful city as it was shown to me by my Sister-in-law. We begin, as most Italian’s do, with Coffee. A favourite place for us is Pasticceria Dezzutto, in Via Duchessa Jolanda. The coffee is amazing and the pastries are not to be missed. You will be spoilt for choice, I recommend you try several whilst you enjoy the beautiful décor around you. 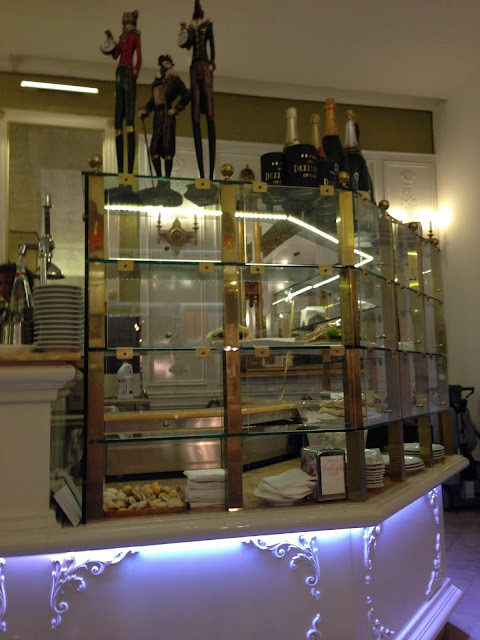 Refreshed by the wonderful coffee and taking to the water, a river boat cruise along the River Po, brings you to Borgo Medievale, a beautiful village within the city. Built to house the ancient arts from the 1884 Torino Esposizione, it replicates 15th century architectural features of buildings throughout Piedmont and the Aosta Valley and serves to promote education and the city of Turin.

The boat tour can be followed by a walk in Parco del Valentino. Covering an area of 500,000m², it is Turin’s second largest park, where beautiful gardens and contemporary sculptures can be found alongside more traditional displays. The park sits along the west bank of the River PO with ample benches to rest on and enjoy the surroundings. 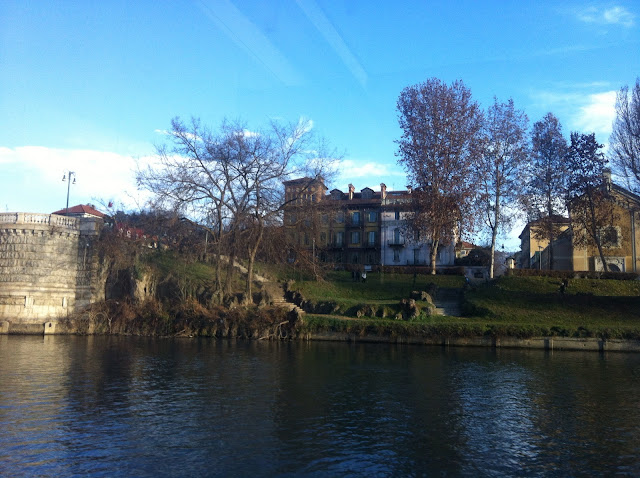 Also, take a trip to the Mole Antonelliana, Turin’s highest building at 168 meters, she makes an impressive sight. Quite often she will be adorned with coloured lights to celebrate a holiday, event or in memorial to someone or something. On the day we visited, there were long queues to make the walk to the top and since my dear mother-in-law was with us, we instead visited the Museo Nazionale del Cinema. The age range of our family group began at 10 years and ended at 89 years but this did not diminish the enjoyment for everyone. The cinema tour is well thought out, a perfect showcase for Italian cinema with a long sloping spiral walkway, you can take all the time in the world to enjoy the exhibits, film advertisement posters, photography and as you climb gently through the years of film memorabilia, there is a real sense of Italian film glamour depicted in each step. Take a load off of your feet in the cinematic seating area, pop on some headphones and enjoy film reels of classic Italian movies. This attraction is well worth a visit, it was a very enjoyable afternoon for all of us.

Once you have done all this, you will be ready for dinner. Delicious food and good wine are of paramount importance to all Italians, and our family likes to embrace this to the fullest. Our favourite place to enjoy a family meal or a celebration (and let’s face it, us being together is always treated as a celebration), is Ristorante Al Campidoglio, which is situated on Via Rocciamelone, 17. Here we are served the most wonderful, traditionally Italian meat and fish dishes that I have ever tasted. Many of the specialities are of Piedmontese origin. A favourite dish of mine is Tagliatelle all'uovo con gamberetti, zucchini, zenzero e soia (spaghetti pasta with jumbo prawns, courgette, ginger and soy). The restaurant also caters for a vegetarian, vegan or celiac preference. To accompany your dishes are traditional Italian wines, notable reds are Nebbiolo, Barbera and Barolo and whites, Cortese and Gavi, amongst others. The hosts are wonderful and welcoming and the atmosphere is perfectly intimate. We can’t help returning time and time again. 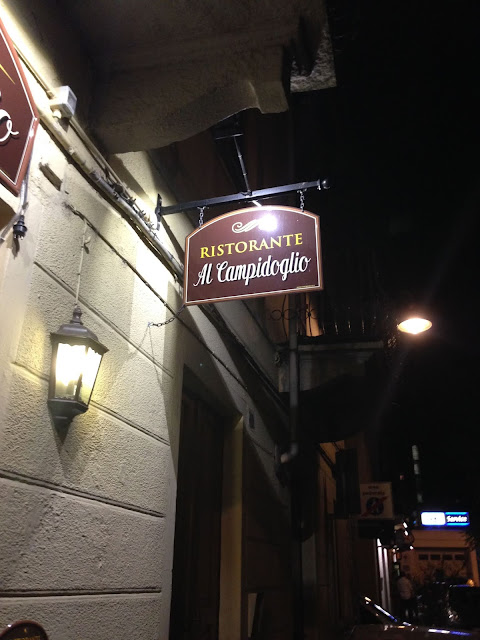 Should you be inclined, and your purse can stand it, a shopping trip to Via Roma, where beautiful arches house designer shops such as Louis Vuitton, Michael Kors, Guess, Swarovski and Max Mara amongst others.  It combines the central Piazza Castello with busy Corso Vittorio Emanuele II and includes Piazza San Carlo and Piazza Carlo Felice.  I have become extremely adept in ‘window shopping’ here. More in keeping with my shopping style is Porta Palazzo Market, in Piazza della Repubblica. I enjoy choosing antipasti and fresh fruits of all shapes and sizes. The aromas of which are amazing.

In the eleven years since our first meeting, Turin and I have found a mutual respect for one another. I overlook her graffiti and the dodgy motoring skills of the residents and she forgives me for my British stiffness. I have learned to accept there is an urban beauty in the slogans plastered on bridges. My particular favourite being one stating ‘Jesus is coming’ where some clever wit has added ‘butta la pasta!’ (get the pasta ready). This is the heart of Italy, if someone is coming to see you, you feed them – it’s that simple. 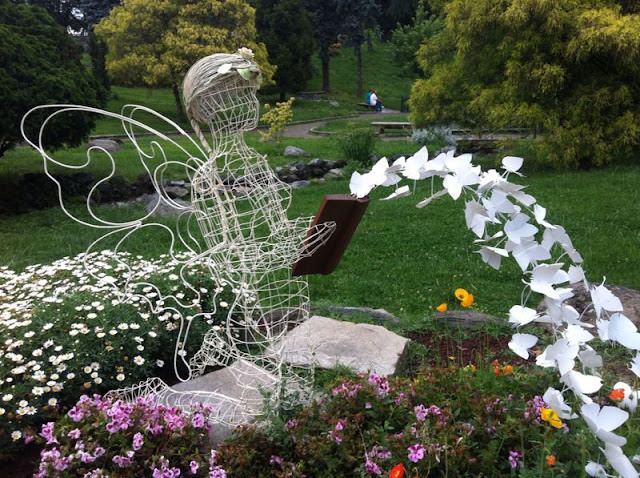