Wednesday, July 22  was a rich day of events for all the Turin Epicurean Capital 2015 guests. We started the day with the second round table facilitated by Daniela Mondino.
As there were four guests with a very varied background, Daniela prepared customized questions for each one of them, yet keeping food as the main common topic.
Daniela introduced herself to explain where her questions where originating, and as a Turinese who had lived in Dublin asked Silvia Baldini about her feelings as a Turinese living in the US.

Wine couldn't be left out and this was how Lisa Comento got involved into the conversation. Also, as she collaborates with many blogs and foodabletv, Daniela asked her about the new food trends in the DC area.

In fact, in Italy and especially in Piedmont we are rather strict about how to pair foods, flavors and textures which is interesting because in many other countries chefs feel totally free to come up with new and "outrageous" combinations. So, Lisa bought us the latest culinary trends from DC.

Magic did its trick again and the guests could have spent hours talking about food, how social media are changing the food world too,in fact, Silvia said that they all were taking part to Turin Epicurean Capital thanks to Twitter or Instagram. Unfortunately, the time was up very quickly and they had to stop.

Last Wednesday was so hot and humid it felt like it was raining even if it wasn't; this has been the hottest July in Italy in the last 150 years and yet we couldn't surrender and tried hard to fulfill our program of visits.

Because of the Expo in Milan lots of events related to food have been organized all around Italy. In Turin, Mao - Museum of Asian Art, Palazzo Madama and Prochet 1861 are hosting very interesting and unique temporary exhibits.
Thanks to Rosanna Amerio owner at Prochet 1861, we got in touch with Carlotta Margarone, digital media coordinator at Palazzo Madama, the double castle and museum in Turin. 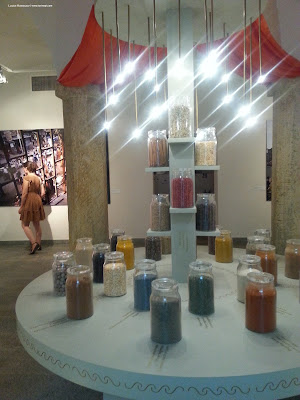 Upon Carlotta's suggestion and prompt organization, we started our visits from the Mao - Museum of Asian Art where until September 27 2015 you can visit On the Spices Route - Sulla Rotta delle Spezie. This is a precious temporary exhibit about the countries where spices are from. It is a photo exhibit with the photos by the National Geographic most talented photographers and the set up included a "smelling corner" where the public can sniff different spices.

Too bad the day was so hot and so short and we couldn't visit the whole museum: MAO is really one the best museums of Asian art in Italy and in Europe, with unique pieces.


On our way to Palazzo Madama, we lost some of our guests to the steam hot weather.
Palazzo Madama is really a double castle: medieval on the back and 1700 on the front. Literally translated it means the "Madame's Palazzo" meaning the Queen residence; the king lived in the nearby Royal Palace and the Queens had Palazzo Madama. Today, this castle is an amazing museum of ancient art with a rich program of temporary exhibits; one of them is Time Table - A Tavola Nei Secoli about how tables were set up in the past centuries, basically all the details that contributed and enriched conviviality besides food, but also how new foods and geographical discoveries directed table design and trends. 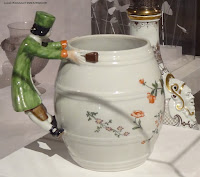 Anna La Ferla was our gracious guide and allowed us to take pictures and even take a peek at the fanstatic café.  Stay tuned because we'll write a post about Palazzo Madama, its history, collection and the Time Table exhibit which will close on October 18 2015. 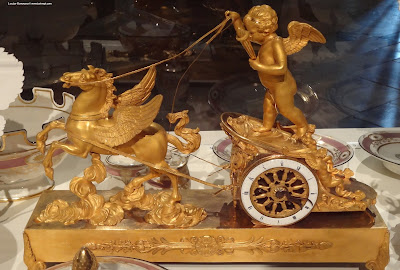 Because the Palazzo Madama museum directors always strive to organize new events where people can feel a direct connection both to the topic and the items displayed, they often collaborate with Rosanna Amerio, Prochet's owner. 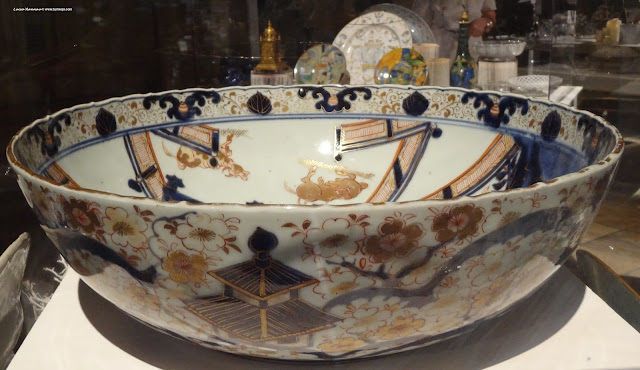 Prochet is a crystals, china sets, silverware and tableware and entertaining shops; as it was founded in 1861 it is a real institution in Turin and Italy. In fact, many porcelain companies even release special edition sets only for Prochet! 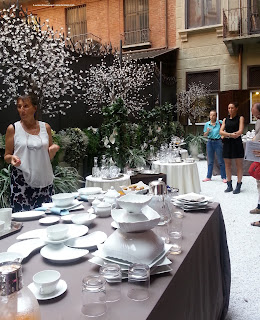 Because of its long tradition, Prochet is the natural conclusion of the Time Table exhibit and it was our last visit.
Rosanna welcomed the Turin Epicurean Capital guests in the shop patio where she had set up some refreshments and a series of displays of the most curious items in her family shop.
Rosanna offered us juices in crystal glasses and some spumante - sparkling wine from her family vineyard; naturally, somebody savored them together as an early aperitif. 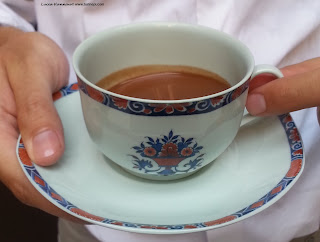 Then, moving on to the special collection chocolate cups, she served us a cold hot chocolate to celebrate Turin: chocolate capital of Europe. She also explained that the shop founder, Michele Prochet was also one of the founders of Caffarel the famous chocolate company from Turin. 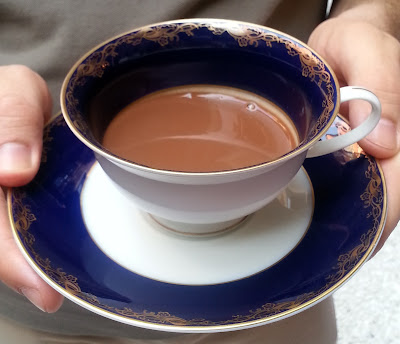 Rosanna told us that in general Italians pay a special attention not only to the food quality but also to the design and style of the items we use to eat with. This is even more true up here in Piedmont because of our royal legacy; this is why we have special espresso sets, tea sets and even hot chocolate sets. She also displayed for us an arrangement of very tiny shot glasses, unusually shaped decanters and liquor bottles. 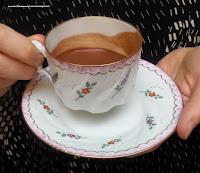 This is how in Prochet fairy tale patio, among porcelains, crystals, liquor bottles and decanters, hot chocolate sets and tiny shot glasses our long July 22 finished. 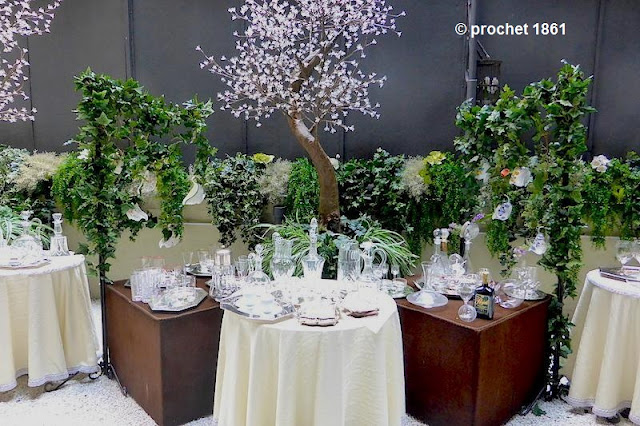