Bees, tiny and so precious, yet many people aren't aware they are disappearing from many countries.
Just like New York, London, Hong Kong and Paris, Turin has urban bees too as I found it out in May when visiting the Royal Palace of Venaria and stopped at the UrBees stall.

What a lucky discovery! I had already seen the hives in Manhattan but I had no idea we did the same in Italy and what this means for our locality today.
In Venaria, we were told that UrBees is a project that promotes the beekeeping culture in the urban areas with the installation of beehives in selected neighborhoods to raise the public consciousness and share beekeeping practices.


In fact, one of the project founders, Antonio Barletta actually has a beehive on in balcony in the very central Via Cavour in  Turin downtown, and the honey displayed on the stall came from there!

The first thing I wondered was about the quality of this urban honey. Just like in many other cities, in Turin we have smog too.
We were explained that the UrBees beehives are monitored to keep track of the air quality, pollution level and bee foraging and also to favor the flora development in the nearby areas. And once collected, the honey they produced is tested, tasted and sold to the public.
Apparently, bees aren't only amazing workers but they also have a great digestive system that purifies the pollen from almost any pollutant, thus giving us a rather safe and clean honey. We had a tasting session and it was so good we got a jar each!


In the effort to raise the public consciousness about the importance of bees, UrBees organizes activities, conferences, exhibits and educational workshops at all levels. I kept that in mind and when Mara LeGrand asked to film something about bees in Piedmont, and they were the first ones I thought of.
This is how we got to meet Davide Crotta, one of the UrBees project founders, near the royal gardens, behind the very central Piazza Castello, right in the heart of Turin.
For our meeting we picked a very centrally located hive in a building that symbolizes today's fast changing Turin: an ex-cinema reconverted into a fully sustainable building that will become a five star hotel.
The building isn't finished yet, however, the roof with its orchard is ready and UrBees installed a beehive right there.
Turin's urban bees are lucky bees as they can enjoy one of the best views of the city while taking advantage of their own roof orchard.


The view was as amazing as the traffic noise though, and this is how I got curious to listen to Davide's interview.
As everybody knows, being once the Italian MoTown and the blue collar city, Turin has a very industrial past; nowadays though, things have changed: factories have moved out of the city changing the quality of life in the urban areas. Incredibly as it sounds, the countryside is today more polluted and poisonous than the city itself because of the chemicals used in agriculture and the factory fumes. So it turns out that the city now provides a cleaner environment for bees and at the same time, thanks to their pollinating role, many balcony plants and park plants are developing thanks to the bees!

The Urbees bees of this beehive are definitely lucky bees since they have direct access to a varied orchard facing the hills and even to an herb garden, facing the Alps. And no chemicals are used to keep them.

Bees though are starving in many areas due to the lack of culture diversity, for example, in the many Piedmont wine districts, all those miles of vineyard covered hill make the bees' life hard because they don't have access to anough pollen, different pollen and plants to pollinate. This is why, during his expeditions on the hill, Davide feeds his bees fructose every once in a while.

Davide said he has always been fascinated by bees and during his interview, he walked over the roof railing, to the hive to show us the queen. Yes, even this centrally located urban beehive has a queen. Without protective gloves or mask, he opened the beehive and lifted one of the frames: the queen was there.
The bees were working peacefully, he commented he would have never lifted them up had he felt they were uneasy.
As he put the frame back into the hive, a hornet tried to attack the bees but he got killed with Davide cheering loudly for the bees in the background. 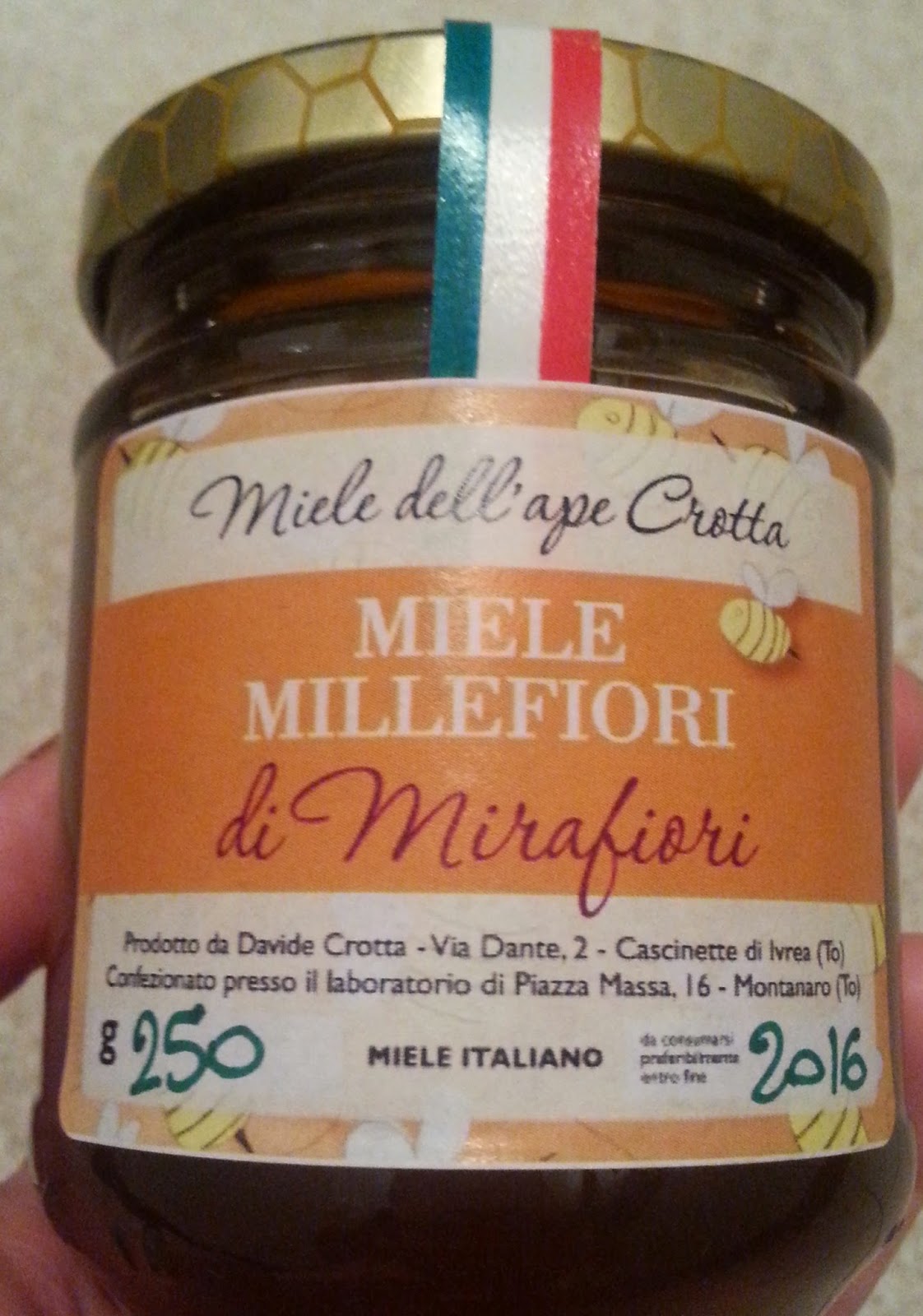 With that amazing view, that wonderful light and his friendly demeanor, Davide earned the title of l'uomo delle api or the bees' man.


In truth, he was very nice and available and really had a sixth sense for his bees. You could just tell he was no regular beekeeper but really somebody who had been taking care of bees for a long time and knew them at a deep level.

He also told me that the honey collected in the Mirafiori neighborhood in Turin, which is the original FIAT factory area, is sold to the neighborhood hotels as part of the UrBees campaign to raise awareness about the bees' benefits and their environmental role as natural indicators.


If the urban bees enjoy their life in Turin, everybody will!
What are you waiting for? Come over and enjoy some the UrBees honey for breakfast before discovering our amazing city ;)
This is how Summer looks like in Turin, just imagine the foliage in the Fall!