a day trip to Canale d'Alba 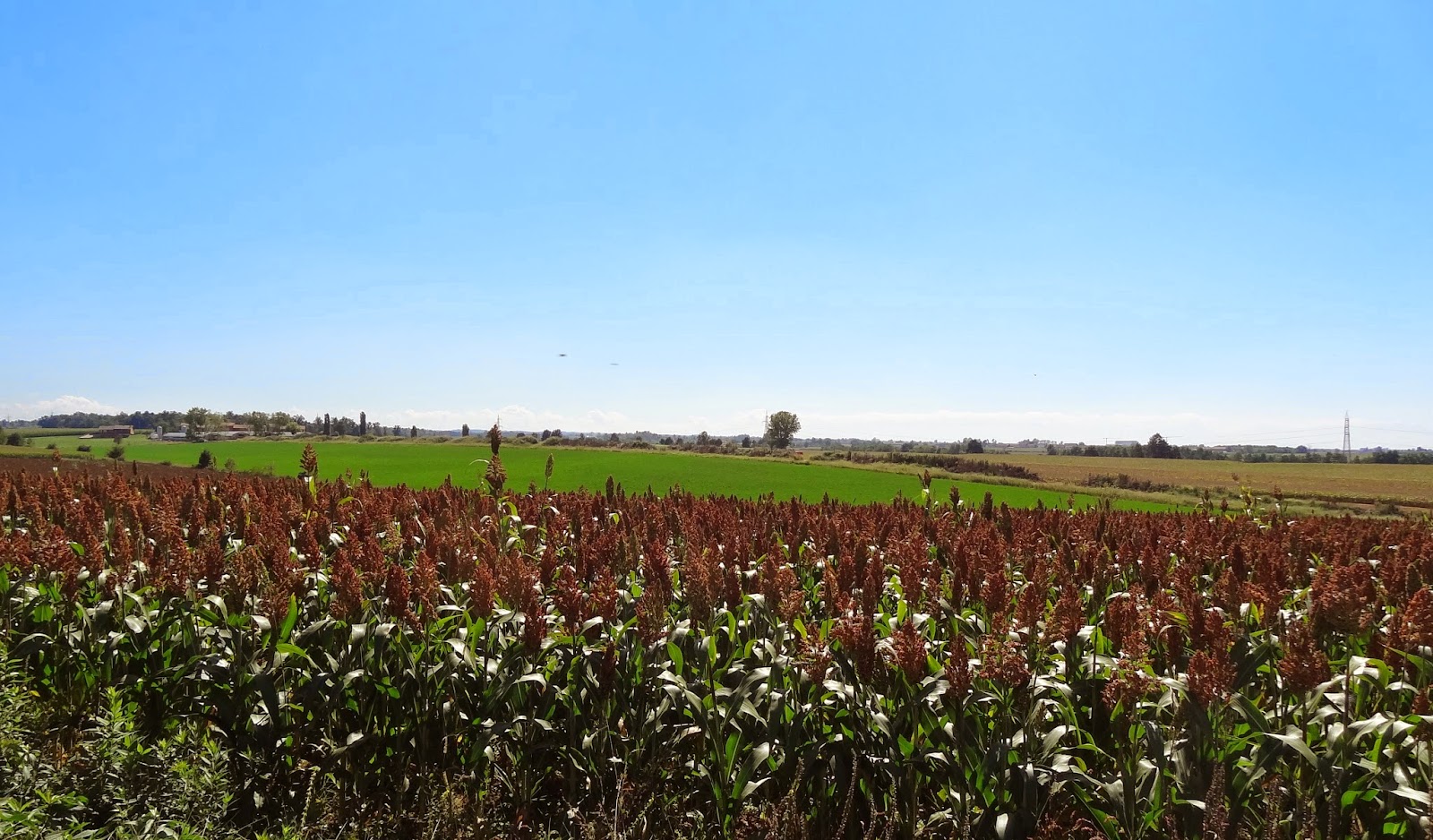 A couple of week-ends ago we accompanied Mara LeGrand to the Roero wine district, here in Piedmont to shoot and take some pictures of the vineyards, the hills and the gardens. We were lucky to enjoy a sunny day with an amazing light; we rode on small state roads to accommodate Mara's requests to slow down and shoot while driving by a cornfield or stop, get off and take a picture of a medieval hamlet on the top of a hill. 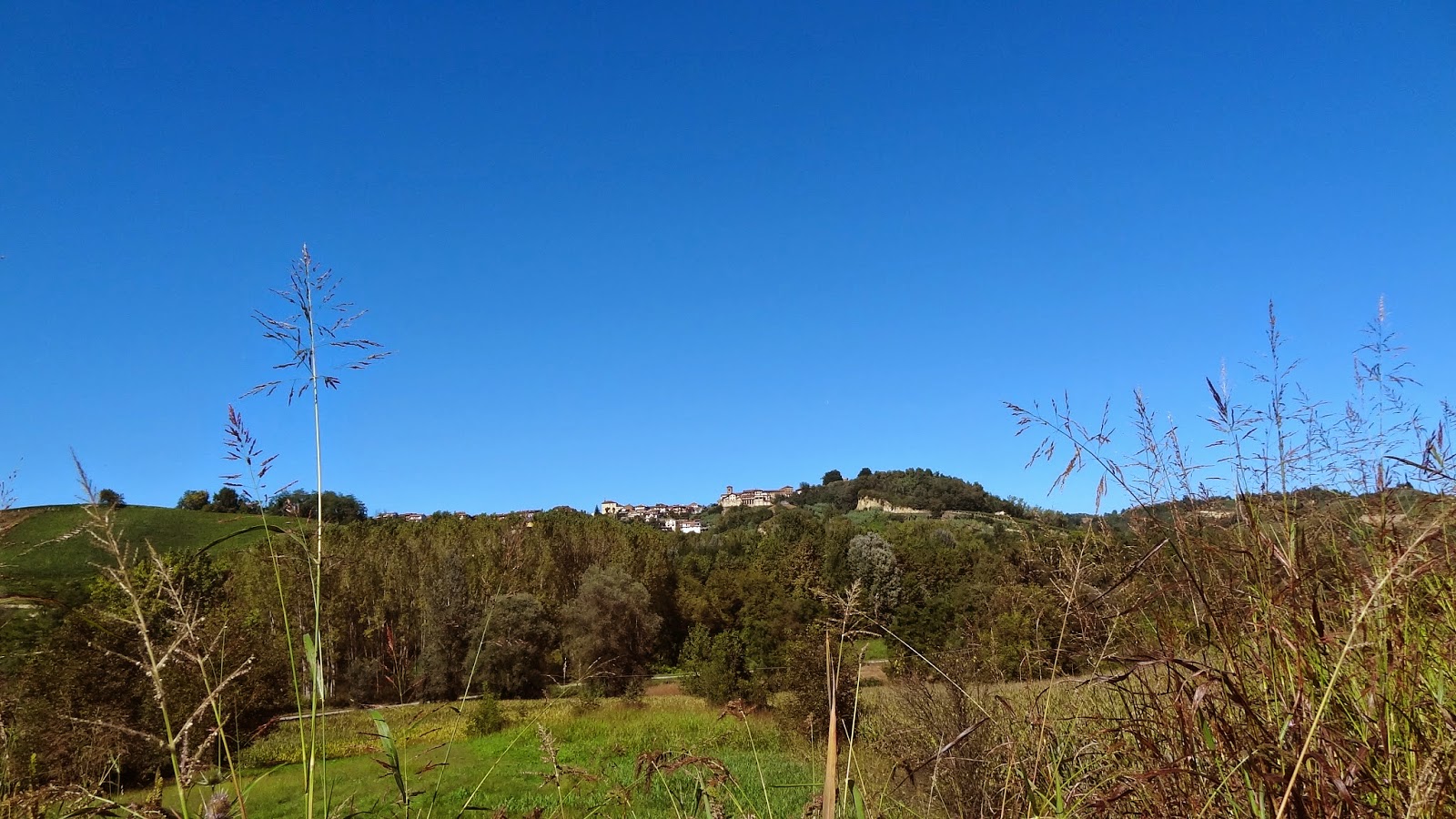 Originally we had planned to drive up to Barolo, where they make the famous wine, and film the landscape from the castle but then we just went with the flow and ended up in Canale d'Alba, in the Cuneo province.
Our first stop was near Carmagnola to fill up the car and have a quick lunch. Carmagnola is a little village near Turin famous for 4 varieties of peppers: quadrato - (lit. squared) the cube looking one, corno - the one as long as a horn, trottola - (lit. spin top) the heart shaped one and tomaticot - the one that looks like a pressed tomato.
These peppers are so famous that every first week of September, a pepper festival is organized where people can buy and eat all sorts of local specialties made with these locally grown and amazingly colored peppers! Moreover, one of the four varieties, the bullhorn pepper is now also a Slow Food presidium. 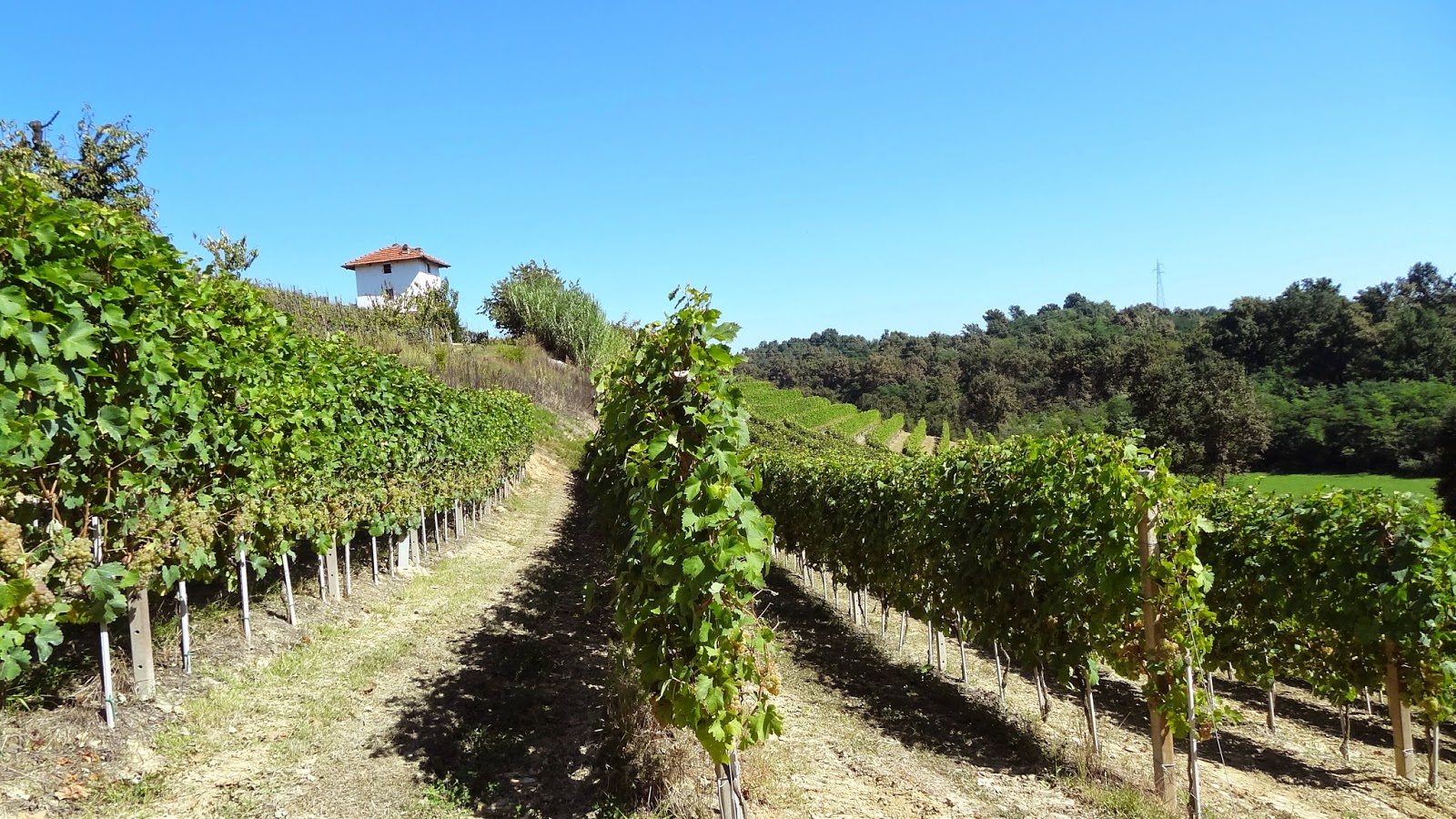 Unfortunately though, the festival had finished the week before our day trip so we got back in the car headed to Barolo but once on the road, we saw an open vineyard of Arneis and Nebbiolo grapes and decided to stop and to take a look around.
What a view: hundreds of rows of vines covering the whole hill and bunches of ripe blue and golden grapes hanging in the sun! We were so excited we must have spent an hour going up and down the hill and smelling wild rosemary wafts gently blown by wind. 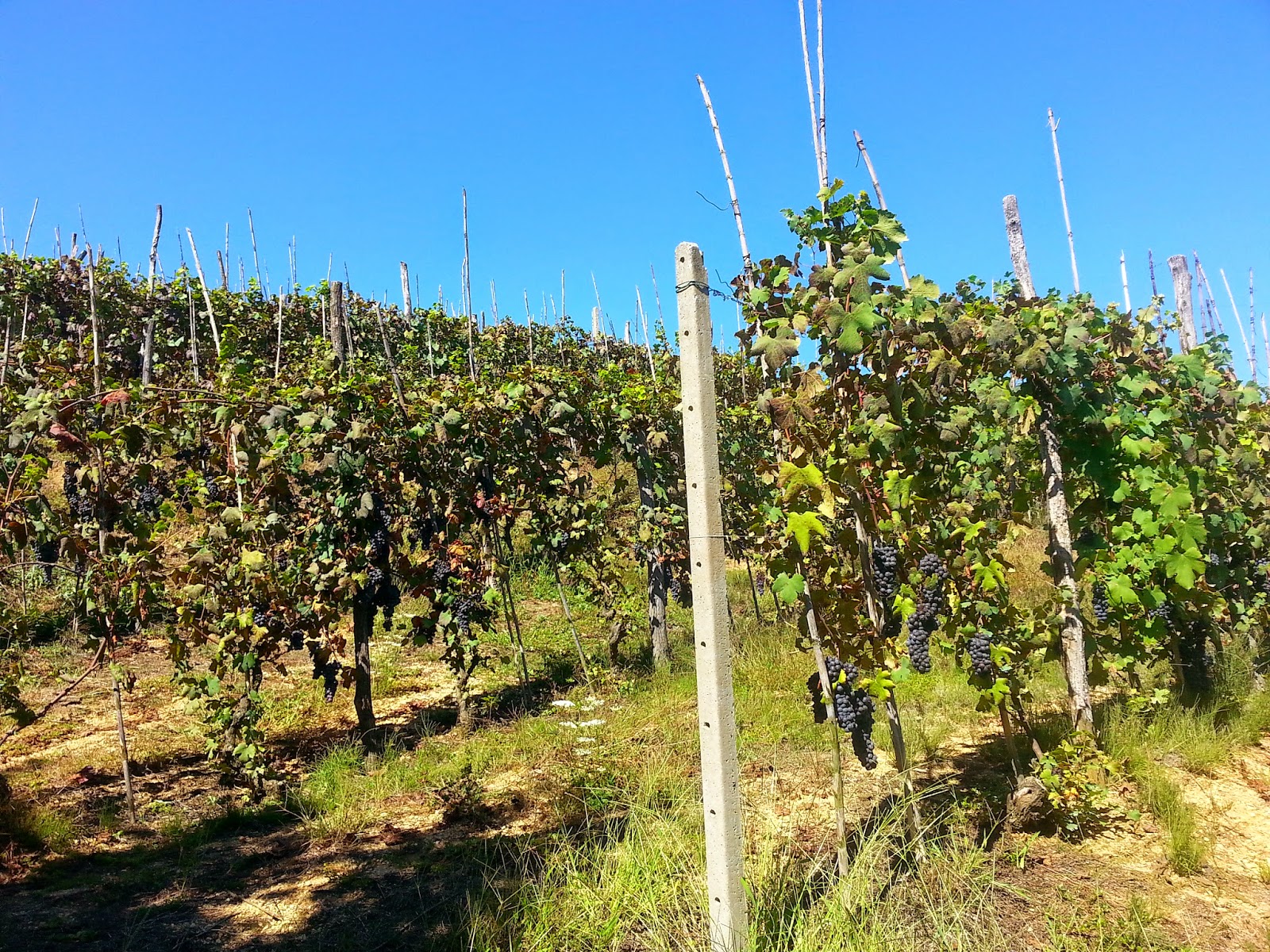 Besides wine, Roero is very famous for its orchards of Madernassa pears and peaches and as we got back into the car to reach Barolo, we saw some pear and apple trees, orchards and farms. In one of these, while Mara was filming the fruits, we took pictures of the horses. By the time we were done, we decided to take a break and have merenda, afternoon snack, the closest town: Canale. 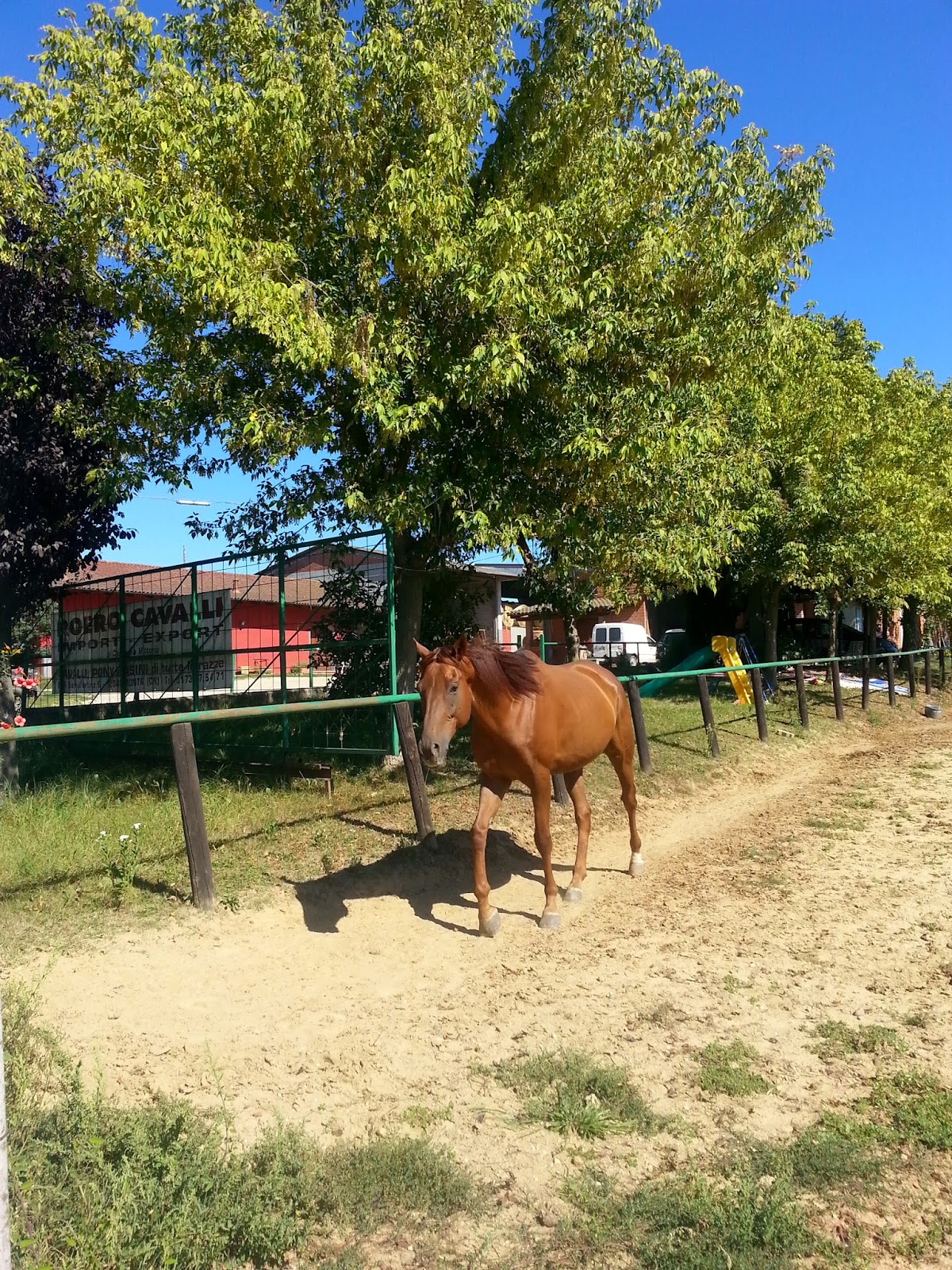 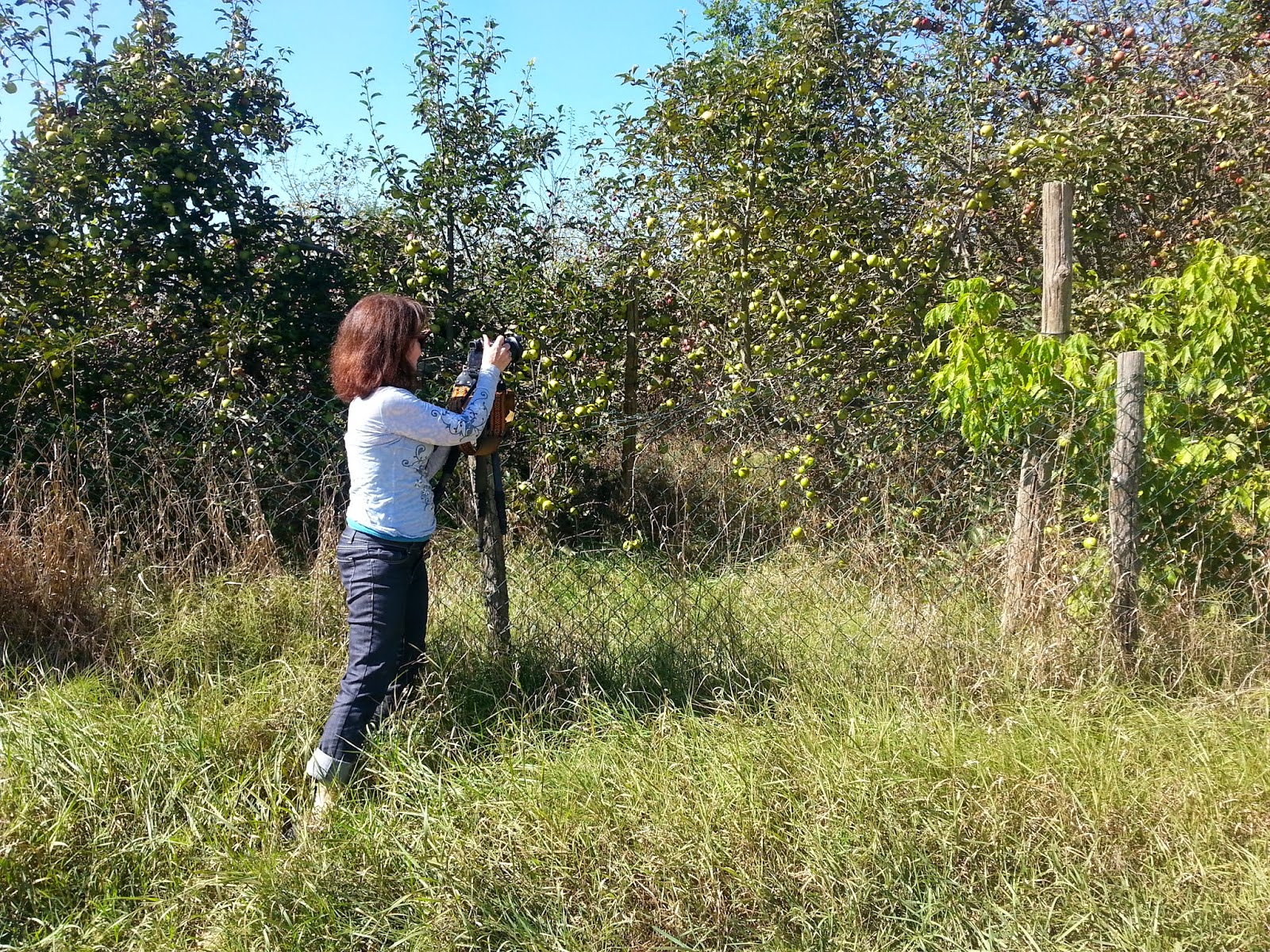 Canale is a very picturesque old little town, its town center has porticoes like Turin and many historical little specialty shops. For our merenda we picked Leon D'Oro whose owner Ilaria kindly recommended we tried their scrumptious hazelnut cookies with our coffee.
At that point, Mara still needed to visit and film a real country garden, one like we take so much for granted these days and especially in this region. So we asked Ilaria for her advice and she gave us the address of her godfather.
As Italy is a Roman Catholic country, on the spot we weren't surprised at all, little we knew where and who she had recommened to us... 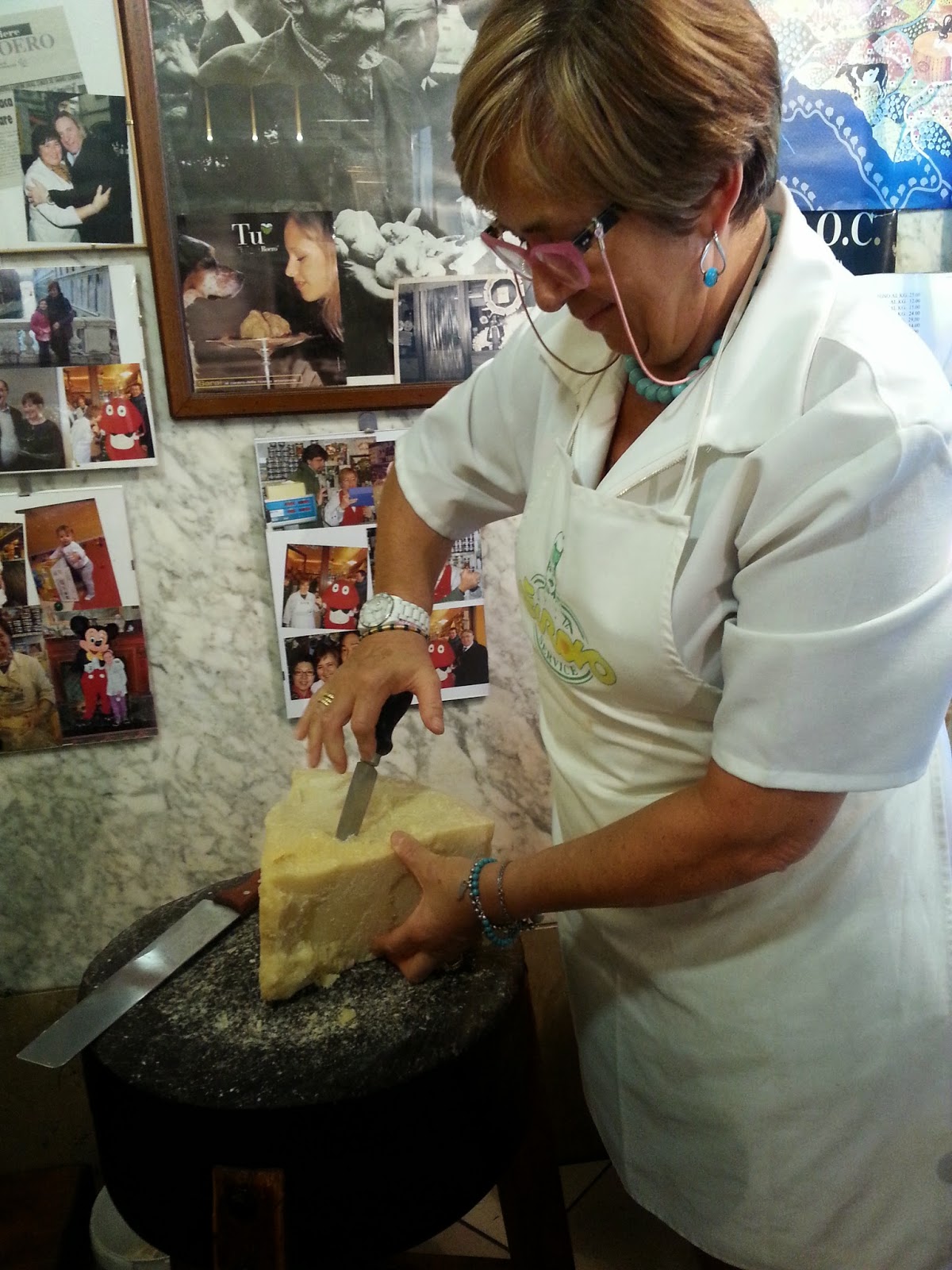 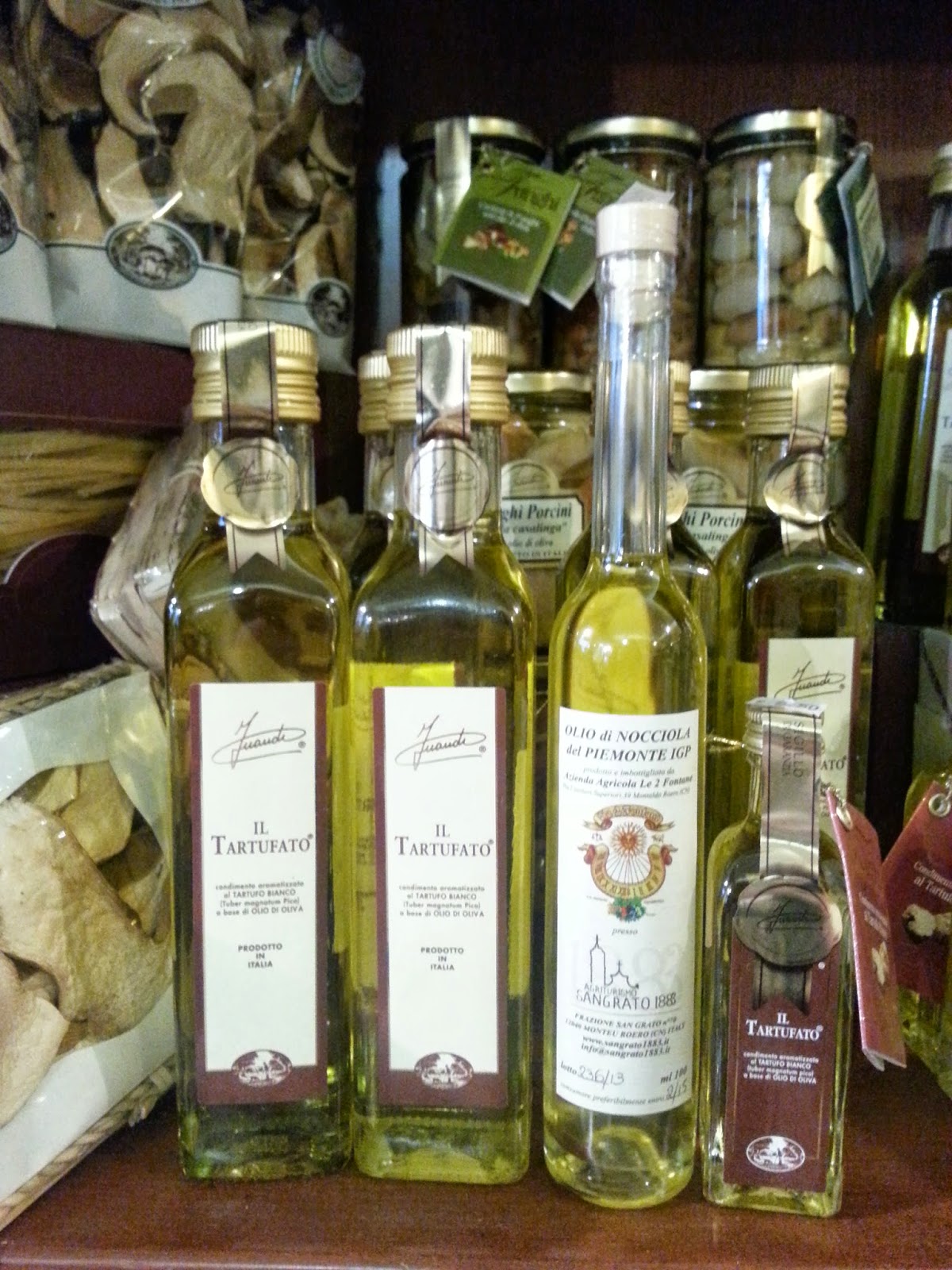 Before hitting the road again she stopped at one tiny old cheese shop: Bono Formaggi. the owners were very curious about us and told us their family had owned the shop since the 1850s, they even showed us a very old registration certificate and added the New York Times would interview them the following week. Anyway, besides the many local cheeses, they also sold truffles, truffled oils and the local tajarin pasta in the regular egg based version and in the Barolo based version too.
Mara was a one lucky girl as she was given a couple of black truffles for free! The rest of us had a sample of amazing parmesan cheese. 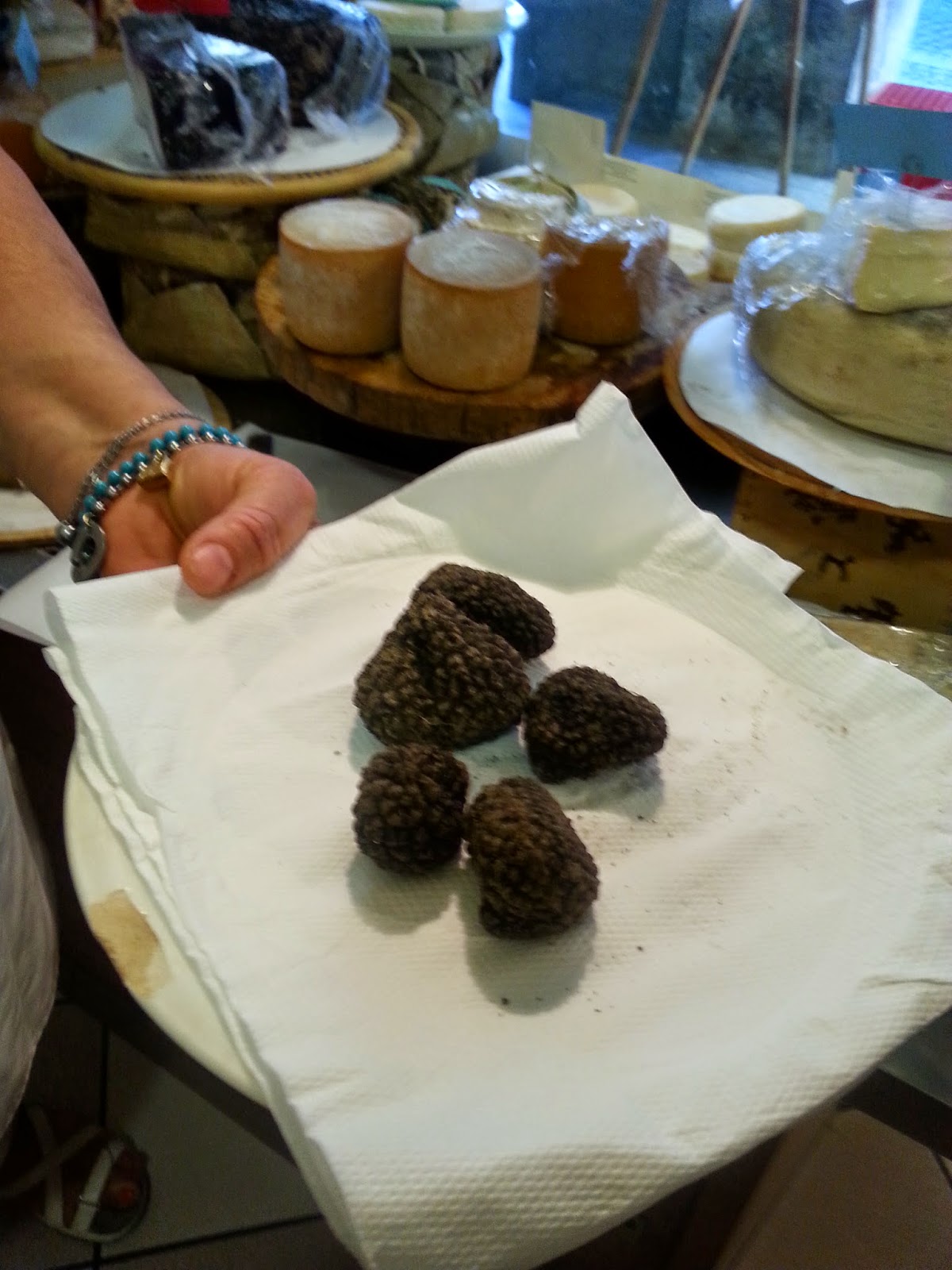 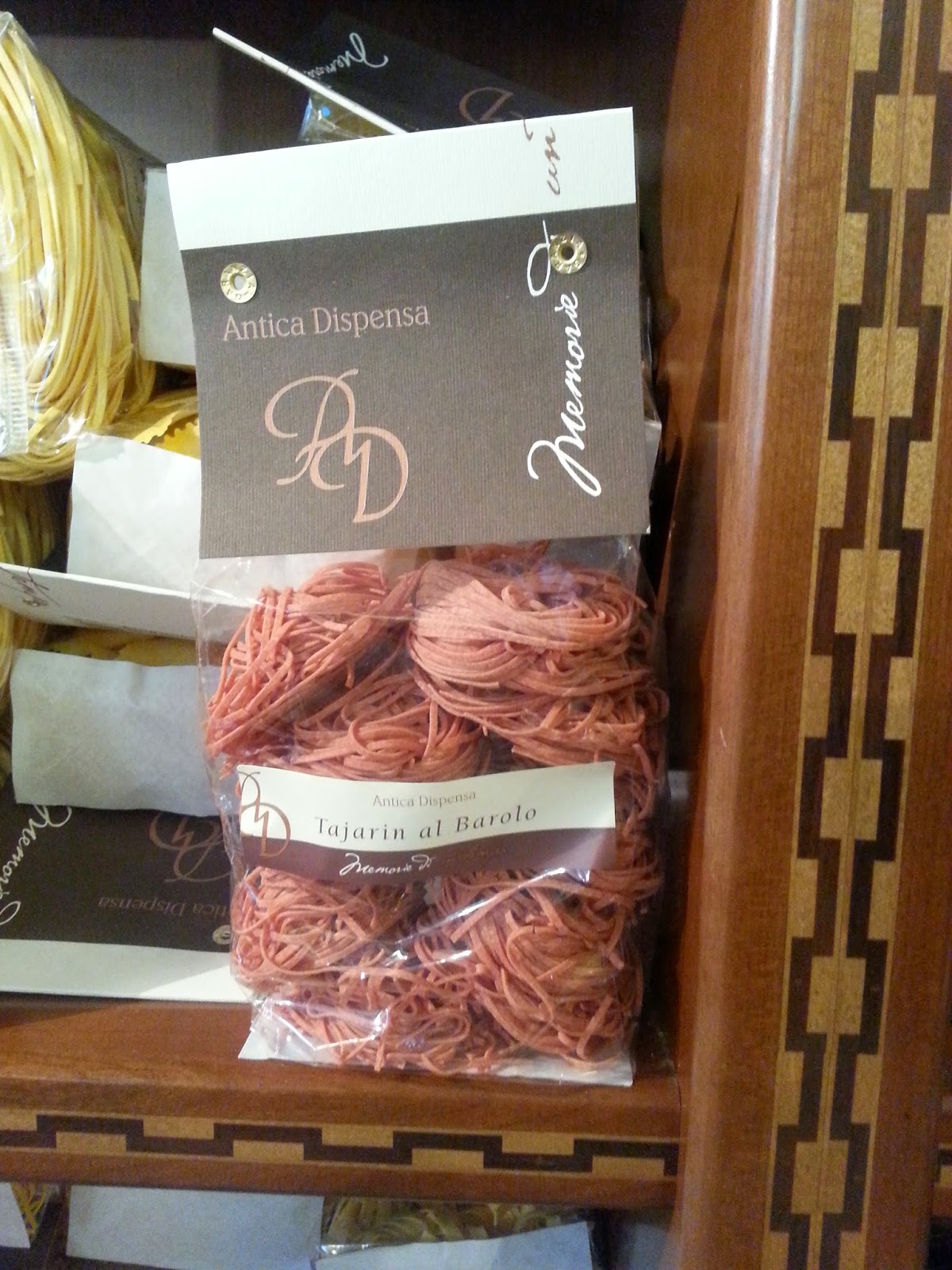 We left Canale and following Ilaria's directions we reached the vegetable garden of Mr Negro of Negro wine estate. 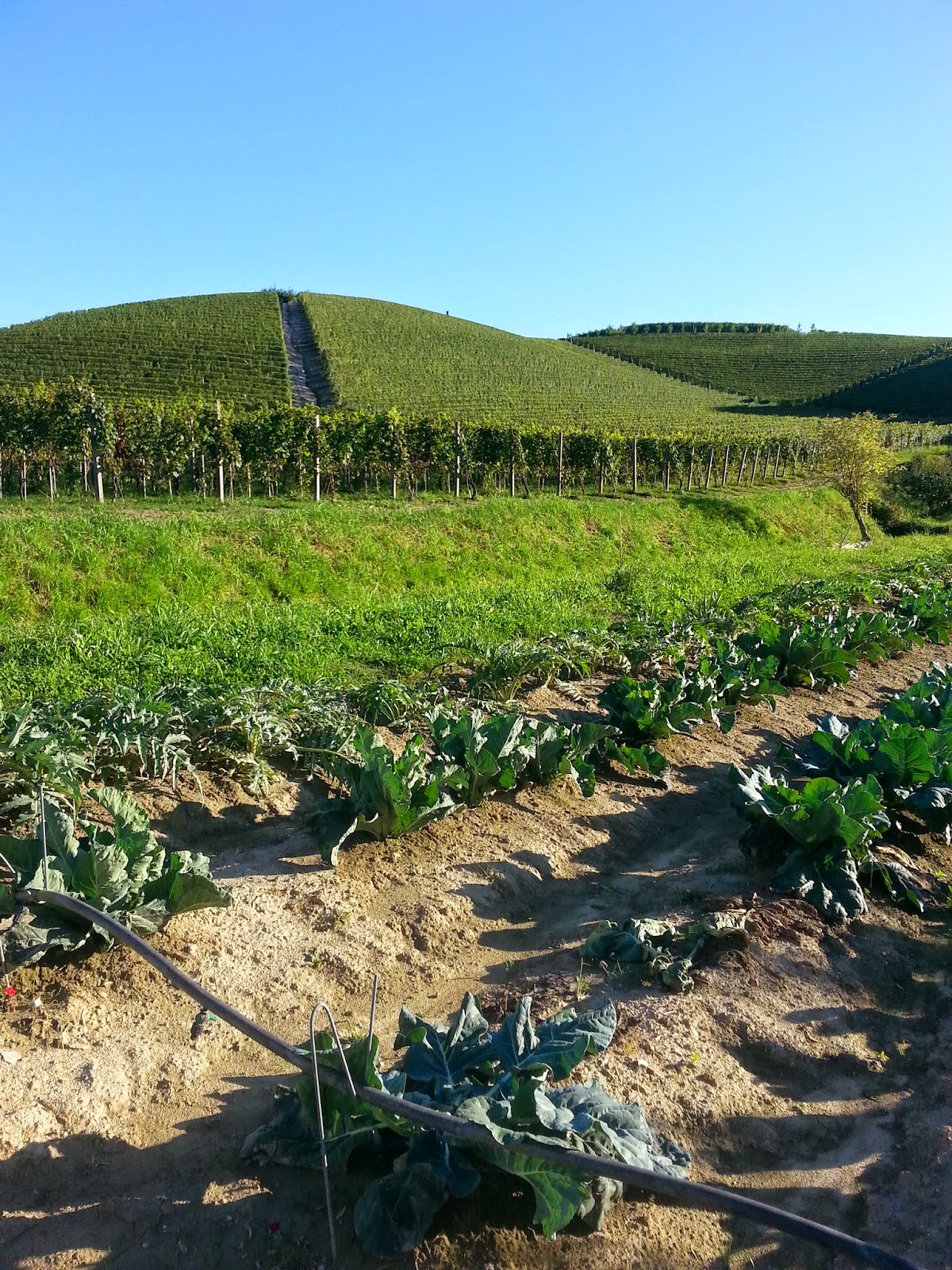