Turin is the city of the Holy Shroud and even though our many churches spanning from 11th century to these days may look unassuming, once you get inside, you do get breathless by the gold, colorful marbles and especially by the architecture 😍


No matter the confession practiced by the visitors, once they get to Turin, inside our churches the just can't hide the thrill of beauty as they witness our very secluded hidden gems.
The easy day in the week to pick for the church tour is Sunday morning when all of them are open for la messa - the mass or service. However, Saturday evening, around 6pm is also a great time and you can see these beauty lit inside.
Just like Piazza del Popolo in Rome, Turin too has her own set of twin churches: San Carlo Borromeo and Santa Cristina in Piazza San Carlo. 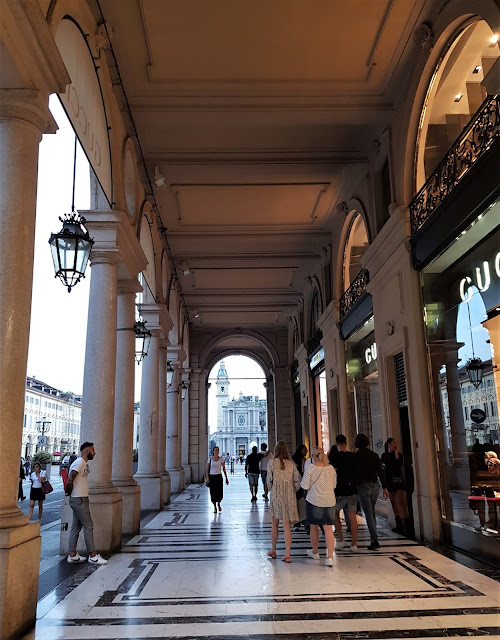 To the locals each single church has its own affective meaning: all churches are dedicated to a specific Saint or the Holy Mary and in each one you'll always see the ex-voto exhibit that celebrates the miracles granted to those who made their gift you now see displayed. 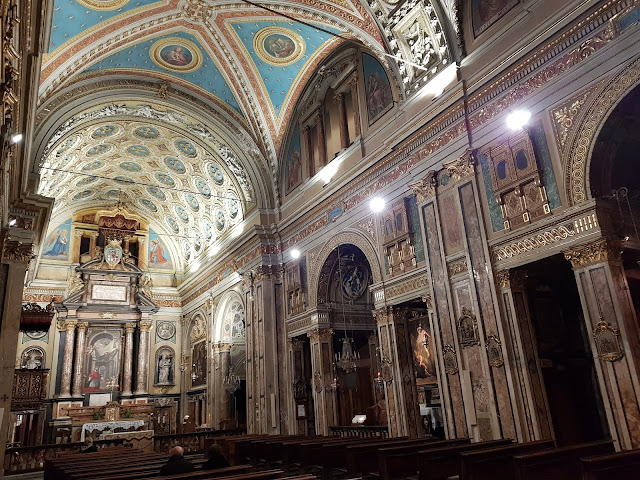 Back in 1618, Turin started her expansion south in baroque style. Most Turin and Piedmont are built in this architectural style you will easily recognize by red brick buildings, moving façades and extra rich interior decorations. Scallop shells and pearls are also symbols you can find both in the painting of that period and in the architecture.
1619 marks the year when the works for the church dedicated to Carlo Borromeo, Archbishop of Milan, started.

In case you wonder: Carlo Borromeo used to go on a pilgrimage (on foot) up to Chambéry to worship the Holy Shroud. So, to shorten his trip, King Emanuele Filiberto had it moved over to Turin in 1578. Since then the Milan Archbishop's pilgrimage finished in Turin.


It is not fully certain that the royal architect to who we owe the modern Turin, Carlo di Castellamonte did sign this project too but we know who completed it: Maurizio Valperga.
A first version of the construction was terminated in 1625 but its façade as we see it today was added only on 1834 on the model of its twin church, Santa Cristina.

In 1623 San Carlo Borromeo was adjoined to the preexisting convent of the Order of the Discalced Augustinians and only in 1639 the Santa Cristina was finally built.
The altar and all the stuccos were added in 1653.
In 1802, during the Napoleonic occupation the convent was distroyed and the façade was finally completed.

During the fascist time, in 1934-7 some works took place to renovate the adjacent Via Roma one of our luxury shopping streets and Piazza CLN. During these works the River Po fountain was placed right behind this church in 1937. Today this is a big photo spot, but wait till you get inside the newly renovated church 😱

Inside you'll find a central nave and two chapels on each side. The paintings are in the Caravaggio's style 😇: the altarpiece shows San Carlo Borromeo when in Turin to worship the Holy Shroud.

This is just one of our many gorgeous and newly renovated local churches in Turin, you can breathe all our royal history and traditions as you step inside.
Don't be taken aback if you have never heard of the name or the façade looks rather plain to you because in full Turin style: you'll be amazed 😜

Plan your trip over to Turin with us, add our walking tours, tastings and privates.
E-mail Lucia: turinepi@gmail.com