Italy is in covid19 mood since February 23, when people emptied the grocery stores for the first time.
Italians stocked up on all the pasta shapes but smooth penne, all sorts of pasta sauces, canned foods, as many bananas as the 15th century sailors going to the New World, detergents and disinfectants, frozen foods and all the antibacterial products available.
After the first PM, Mr Conte's announcement, all of a sudden Italy discovered her love for Amuchina the main local brand of antibacterial gels and disinfectants. 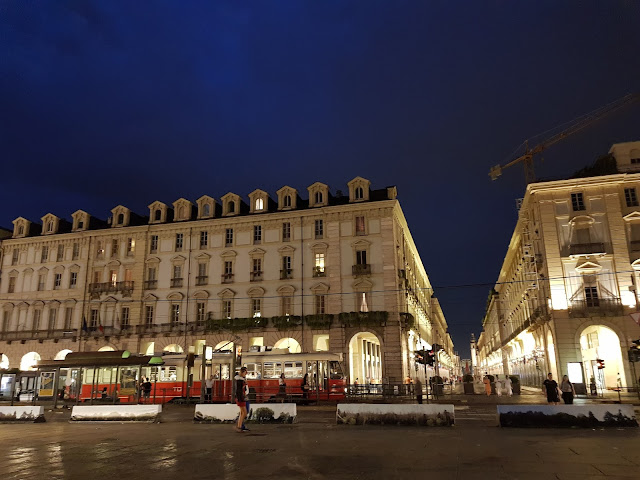 It took a couple days to stock back up the grocery stores' aisles and life felt a bit suspended, but still going on.
With the schools closed, as well as theaters, gyms and museums, we all kept going to work by subway or bus, strolled downtown doing window shopping, and even played inside toy shops. Yet something wasn't quite as usual: the first businesses to shut down were those owned and managed by the Chinese community. These are for the most part family businesses, whose owners have the Italian citizenship and haven't been back to China in 20 or more years.

The numbers in Milan kept climbing and more restrictions came, however, nobody has ever really wondered about how our personal freedom would be limited. The average Mario has never questioned the legitimacy of his government to impose very restrictive rules on his personal movement. On the other hand, all Italians have been pretty much affected in their daily lives. 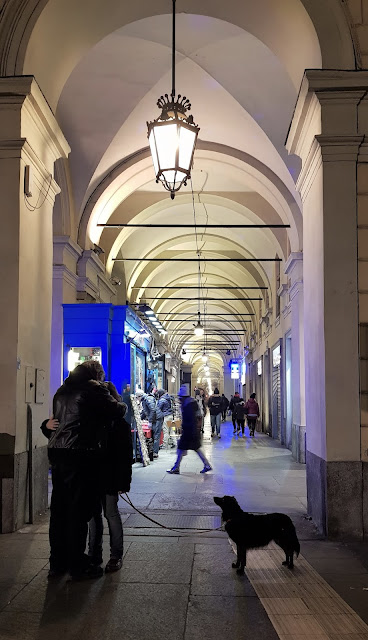 Italians are very affectionate people, they hug and kiss each other, they shake hands and manifest their compassion and empathy in a very physical way. They don't socially drink for the sake of getting drunk; friends are not just people you happen to know, but a sort of an extended family, and as such, there is the reciprocal moral obligation of being physically present and close to them, particularly during hard times.
The concept of personal space doesn't exist in the Italian culture as well as the 'me time' one, Italy is a collective culture, not an individualistic one.
If you want to hurt them, keep them separated, at a forced distance, unable to touch each other and to enjoy their rites, like having an espresso sitting down at a coffee shop to catch up.
Yet this was not all: a culturally harsher measure couldn't have been imposed on the Italians: being confined inside their homes 😨

Italy was built to be lived, breathed and enjoyed outdoor and socially. That's why they have amazing piazzas with gorgeous architectures and unique art masterpieces for everyone to admire.
Italian cities are literally an extension of the Italians' homes and in Turin, this is truer than ever as you can read in Torino è casa mia by Turin author and Turinepi14 guest, Giuseppe Culicchia who describes each area like the room of a house - our home, our city.
When the weather doesn't allow them outdoor, they enjoy their historic coffee shops and restaurants!

Here we are, 3 weeks into this covid19 madness, confined at home like monks and nuns in the greatest containment effort a western culture has ever conceived for the greatest good of the community. This is what it is and this is how Italians are taking it.

30% of the Italian population, roughly 60 millions, is made up of 65 year olds and older. Italy is literally an old country and the elderlies are at super high risk for coronavirus19 and even to die from it. On the bright side, we have very low obesity rates, about 4% and diabetes 5%.

Yet this pandemic has been straining the Italian national healthcare system and, as this post is published, 700 Italian doctors and nurses have been contaminated for the lack of protections.
Still, being able to be seen, tested and treated so readily has proved extremely effective and of great support.
It is thanks to the often burdensome taxes that the Italian healthcare and government are really taking care of everyone present in the boot.

When the numbers spiked up, in early March 2020, the WHO came to check what was going on: Italy was testing ALL the people who requested it.
Isn't it what the government should do in case of a pandemia? Apparently most countries don't agree about it and neither the WHO that told Italy to test only the suspected cases.

Why? Because each testing kit is over 1000E.
Well, the Italian government has always been clear about their priority: the citizens' well-being comes over economy.
This is why we pay our taxes after all...

As the days went by, Italy surprisingly got together as never before in all her history 😲 made up of little kingdoms. Like ducklings following mama duck, the Italians listened to and willingly accepted their PM, Mr Conte's decisions - yes, totally made under the highest national epidemiologists and virologists's guidelines.
Even the now powerless (right) opposition kept silent in front of an emergency of such proportions and the ever escalating situation in Lombardy.

Right when many countries were painstakingly analyzing all the Italian mistakes, that's when one by one, they are inevitably shutting down and locking down like Italy has done ten days ago. Like friendship, COVID19 doesn't know any borders 😷, and this is also how Italy just received a 30 ton gift of medical supplies and a team of medical experts from China to help out as they are coming out of the pandemia 🙏

The current COVID19 restrictions have imposed an even harder sacrifice to the Italian dietary lifestyle made up of daily food errands to get the freshest local and seasonal ingredients and specialties. Living in Italy is a luxury indeed 😎
Now many outdoor markets are closed, as well as non food or primary need shops. Even our very own Porta Palazzo market (the largest outdoor market in Europe) had to close momentarily, and in the effort of guaranteeing the one meter personal space, shoppers are allowed into grocery stores very few at the time, only for a limited time.
Basically, getting food isn't as convenient as usual, there's often a long line and as people are forced home, they order online from the stores, cook more and as a consequence, many foods aren't always readily available 😓
And once more, we are grateful for our doctors and nurses who are giving all they have to save us all. The least we all can do is complying with the law and stay home.

What else do we do?
We play music and sing on our balconies and windows as if we were at a concert and the theater is all of Italy 😍

Despite our big Italian regional diversity, what really keeps the nation together isn't really the coronavirus and its momentary restrictions, but Mr Giuseppe Conte, our PM, the man who has been able to keep the reins of the nation and herding her 60 million cats 😸 each one with a mind of their own 😹

Tutto andrà bene amici - everything will be alright, friends 😜

A special thanks to all those who work tirelessly and selflessly to keep us alive and kicking 🙆
Money come and go, but helas, even though Italians are notoriously unruly, we aren't cats and like everyone else, have only one life 😿

Thank you, China and the Chinese communities in Italy, for your friendship and generosity despite the insults and the injuries you all have been victims of in these past weeks.

Thank you Mr Conte, for giving Italy the thrill of feeling like one unified country under your leadership, you are indeed a real catboy 😻