Among the many things Italy is famous in the world fashion, and historical costumes are definitely two.
If you love fashion and its history, if you love Europe because it feels just like a time machine, then Turin is your best destination particularly during the St. John the Baptist Day celebrations. 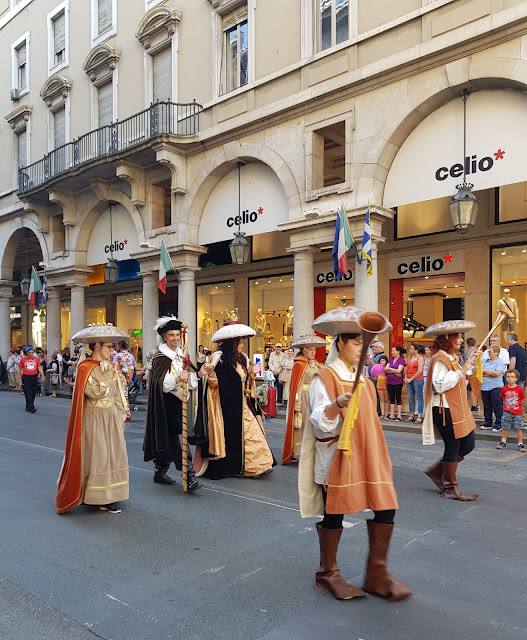 As many other cities in the world Turin has a patron saint, John the Baptist who has been protecting the city since its foundation, so to celebrate the Saint, the day and city every June 23rd and 24th the local administration organizes two gorgeous parades with hundreds of volunteers who parade through the whole city center streets and lanes wearing beautiful reproductions of original historical costumes.
All the time periods are represented i the parade from the Romans to the WWI nurses and military, in 2018 the Peruvian community joined the parade too with their colorful traditional costumes. 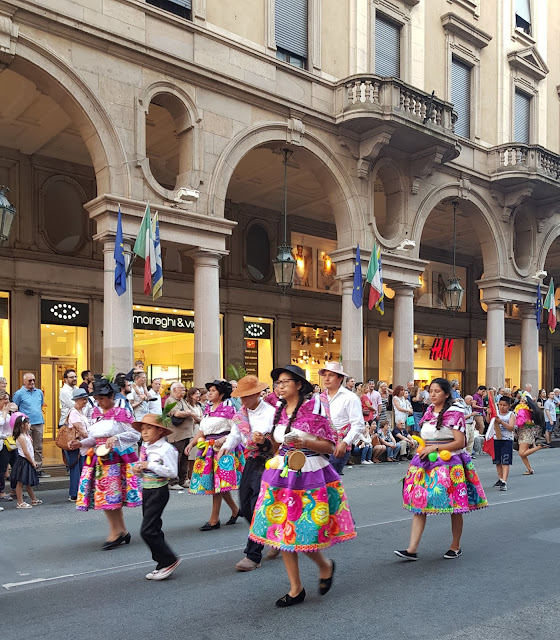 Usually the celebrations for Festa di San Giovanni start on June 23rd with the parade and end with a bonfire in Piazza Castello. As the Turin's symbol is the bull, one sits on top the wood pile and the direction it will fall toward during the bonfire will be a good or a bad omen for the remaining months of the year.


As June 24th is the actual St John the Baptist Day there is a second parade, so if you missed it on the 23rd you an easily make it up. In the night there used to be fireworks on the River Po banks but since 2018 we have a drone light show in the Piazza Castello area.
For sure all our pets prefer this more contemporary show without the terrible noises of the explosions.

One thing you should keep in mind when planning your trip over to Turin is that June 24th is holiday so some shops and businesses could be closed. 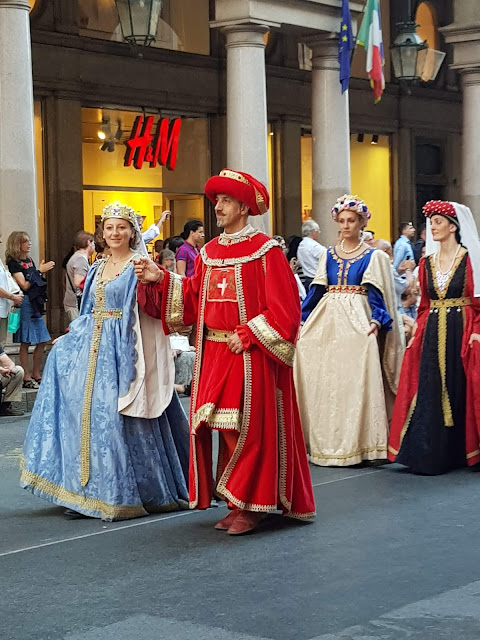 This beautiful parade is also organized on other city's celebrations like June 2, the Italian Republic Day, Mardis Gras or Carnevale and three other days during the year.

Even if you are not so much into fashion, witnessing this colorful parade will make you feel just like on a movie set!

Now you know why here in Turin we live la vidaroyal!