The third edition of Turin Epicurean Capital this year took place on the Saint John the Baptist week because it is Turin's patron saint and we have lots of nice celebrations organized so we thought of sharing with all our guests. 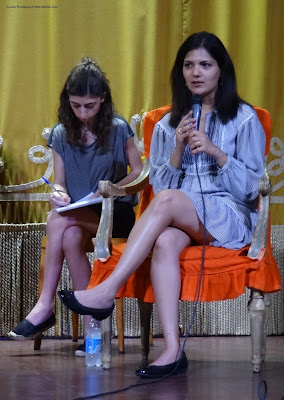 During the round table, Sucheta Rawal shared her story: having grown up in northern India, near China, she was always only used to eating Indian or Indianised Chinese food. At 16, she decided to find out about other world cuisines and went to the school library. All she found was a bunch of American recipe books which she brought home, translated into Hindi and had her family chef cook for her.
At 17, she moved to Atlanta, Georgia (USA) and the world opened to her because she finally had access to all sort of cuisines from every where.
This is how her interest in cuisine sparked: the urge of eating something new. Over the years she took cooking classes and turned into a cooking instructor both for children and adults. As an avid traveler and travel writer, she considers the culinary aspect of any culture the most genuine. This is why she created Go Eat Give - an non-profit organization, to raise awareness about global cultures and push tourists to go deeper and get to know the local populations of the country they are visiting. Whenever she travels she doesn't visit museums but markets; she takes cooking classes and invites travelers to do the same so that once they get back home they can replicate and live again their travel experience and their trip will live forever! 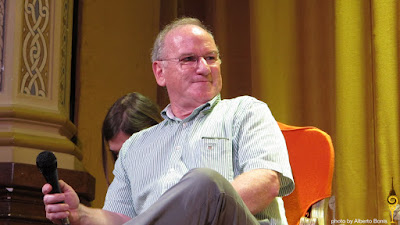 Jim Dunlop was the first guest to share his point of view about food and how having lived before the great distribution, he remembers what the real flavor of fruit and vegetable is. This is what he finds back whenever he is in Piedmont; in fact, Jim worked many years in northern Italy and got to know Piedmont from the inside having lived in Casale Monferrato, the Monferrato wine district cradle. During his business trips and many travels he had the chance to try most of the precious Piedmont wines and to appreciate the differences between hills, soils and producers. Even though his favorite wine isn't from Piedmont, he is totally in love with the region for its wealth of high quality wines and their flexibility. In a way, he complained that Piedmont natives stubbornly pair only certain wines with certain foods, because in his opinion each one of us should make our own pairings keeping into consideration the context and the landscape we are.
Definitely, most people doesn't take into account the landscape when picking a wine but in Piedmont more than anywhere else in the world, this is as important as the food. 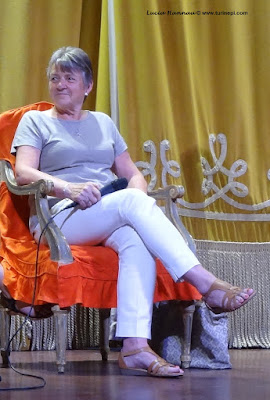 Julia Dunlop celebrated her birthday at Turin Epicurean Capital!
She agreed with her husband Jim that in Piedmont she always has many Proustian moments every time she eats seasonal vegetable and fruit, but also other foods that lost the original flavor she grew up with because of they get mass produced now.
She also underlined that besides food and wine, it is the genuinity of the Piedmontese people that they keep coming back for. Even though at first it seems hard to gain their trust, people in Piedmont more than in other Italian regions are real! For Julia, it really doesn't matter where you are, because anywhere in Piedmont you eat wonderfully; but her favorite place is a small family owned hotel with restaurant, in Montelupo. Not only the local specialties and wines are among the best in the world but the view of the Alps through the big window is just heavenly! 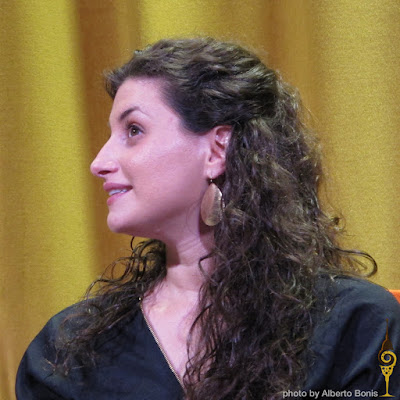 For Liana Campanella Turin Epicurean Capital was the excuse to visit Turin and Piedmont, in fact even though she grew up in an Italian family in the US and she has a travel agency specialised in Italian trips, she had never been to Piedmont before.
Like many of us today, Liana spends hours online and thinks that the Social Media have a great impact today not only to connect customers and service providers but also to inspire travelers and foodies. Her most cherished memory related to food and Italy is something that she keeps in her heart since her first trips over to Italy when she was a child: boats going at sea at night in the dark and then suddenly turning their lights on to catch the fish. Fishermen singing, lights at sea and freshly caught fish sprinkled with sea salt and roasted on the beach.

After the round table we all went enjoy some well deserved risotto and gelato! Jim and Julia ordered Turin's wine: Freisa di Chieri by Balbiano! 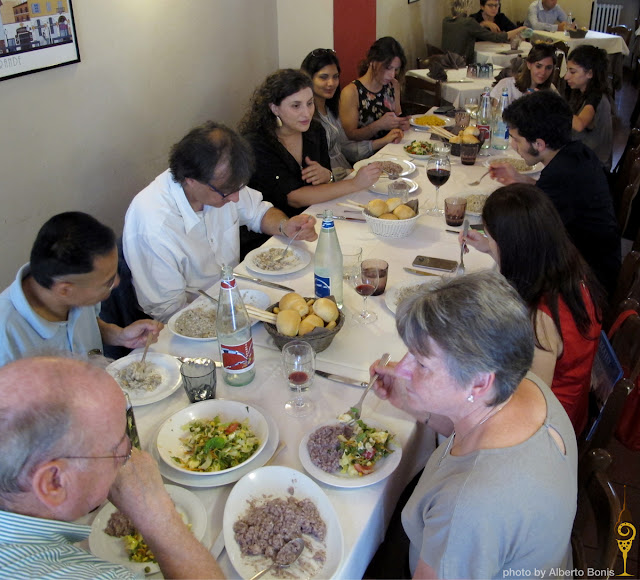 After a walk down to Piazza San Carlo - Turin's living room, we left the guests some time for themselves and we headed to the TV studios of the regional branch of RAI, the national Italian TV.
We finally went on air prime time for 3 minutes presenting Turin Epicurean Capital! 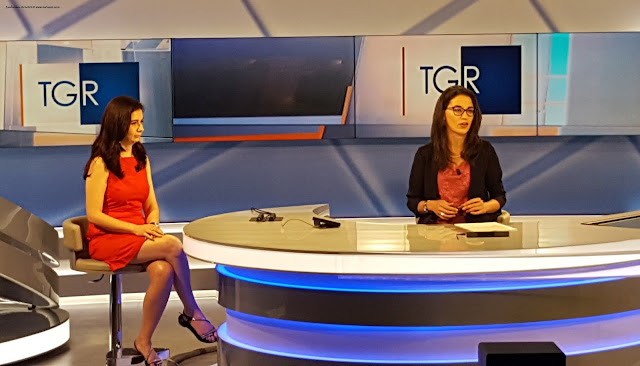 In Turin we are quite lucky because the TV studios are right by Mole Antonelliana and around the area there are many places to eat!

After our dinner, we all walked back either to the hotel or home!
What a day!