Our daily gelato consumption is following the rising temperatures these days. To be honest in Turin, we have access to amazingly creamy gelatos and the four seasons aren't really a limit to our gelato cravings, in fact, we have gelato - read: a ton of gelato, all year round.
However, we must admit that when the weather gets warmer we can have more than one gelato a day...
So here follows a list of our top 5 favorite gelato places in Turin!


One of the most renown gelaterias in Turin (also a coffee shop), one of the top gelato locations right in the Porta Nuova area. The owner Mr Leonardo is a master gelato-maker and president of the Turin's Gelato-makers Association. Besides the flavors carte, every month you can try the gusto del mese or flavor of the month. Sometimes there are even two. During the Holidays, panettone and pandoro are a must, now it's macademia nut and wafer; during Halloween there was a delish pumpkin ginger flavor and for V-day a spumante, rose, chocolate and cream heavenly concoction. When you go though, you just can't miss out on their amazing Malvasia wine sorbet made with Cascina Gilli Malvasia di Castelnuovo Don Bosco!

This is a tiny gelateria near the university and Mole Antonelliana, the best location especially from March to November, then it's hot chocolate and whipped cream season and theirs is especially good! The owners are a young couple who personally select all the ingredients and make their own gelato. They sell unusual flavors and combinations and their fruit sorbets are made with an extra dose of fruit. They constantly come up with new flavors and also have vegan gelato.
Some of our favorite flavors are: Principe Amedeo (salty caramel, chocolate, chopped hazelnuts), mint made with real mint leaves, Monte Rosa (heavy cream, wild strawberries and tiny meringues), Sacher made with real pieces of their homemad Sacher Torte and apricot jam chunks, and their unique ramasin (tiny local plums) sorbet that you won't find anywhere else in the world :P

Even though this is a chain, this gelato is so good that even Hugh Grant comes here whenever he's in Turin. This location is in the Porta Susa area so as you get off your train, you can enjoy your gelato or any of their specialties. They have recently renovated all their shops and now they even fill their cones with chocolate :P They used to close in August but as their popularity has been skyrocketing, they close for vacation in January. Can't even tell you how lost we are in that month! Besides gelato, they also sell sorbets, slushies (in the summer... they even have a mojito slushy...) and cakes. Italians might not have a social drinking culture. but believe us when we tell you that at night, La Romana's is as crowded as a bar in the US!
Flavors you MUST try: biscotto della nonna aka Grandma's cookie, 150 anni - the Italian unification flavor, any of their nuts' pestos - pesto di pistacchio doesn't have any chemical green and you can taste real pistacchio pieces, stracciatella grand cru - heavy cream gelato with chunks of 85% chocolate... we could go on but we don't want to spoil your experience;)

This is an historical gelateria, in Turin since 1884, being the official royal gelato supplier. Located right in front of the very first Italian parliament, it's the only place in town that will give you the full royal gelato experience. Moreover, when you are back home, if you get Turin-sick, you can always order some Pepino gelato pints. Keep it in mind because you'll find some flavors only there!! Needless to tell you they also make sorbets, vegan gelato and pinguino aka the original Magnum!
Flavors you MUST have: violet, gianduja and apple. 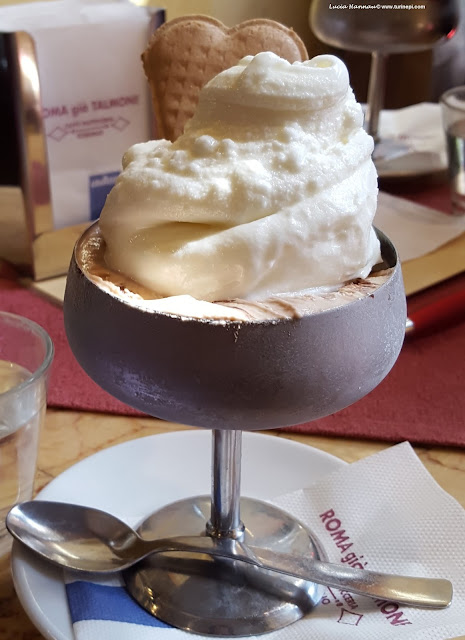 This is another historical Turin's institution as this coffee shop opened in 1883 and changed locations through the years. Currently, it is coveniently located in front of the Porta Nuova station, it is one of the best aperitif places in Turin besides having their own chocolate production (pralines and chocolate liqueur), cakes and gelatos.
Their gelato has always been one of the top in Turin, they are especially famous for the cream based flavors such as all kinds of chocolates, including Turin's staple flavor: gianduja, chantilly and hazelnut!

When in Turin, remember to keep a food journal with a special section reserved to gelato and, for research purposes, try to cover as many flavors as possible, you won't regret it!
As Mr Leonardo of Gelateria Miretti says: "Gelato is very healthy especially if made with good ingredients" :P