This second week of December 2022 has been particularly cold and it brought snow a bit everywhere in Italy. However, Turin and Piedmont made the frontpage once again thanks to their being 'the Quebec of Italy' because of both the cold, our French sounding dialect and let's admit it: our peculiar ways too.
To be frank with you amici, we locals don't perceive such a big difference with the other Northern Italian regions, to us we are all up here in the same kind of cold. We also don't see ourselves as 'more refined' or 'Frenchier' than the others... we do us and as such are simple, understated people.
Clearly though, this Hannukkah proved us wrong: we are indeed the Quebec of Italy because we literally got snowed in... with 4 inches of snow.
Now you would think that a region whose name is Piemonte meaning at the foot of the mountains - the Alps, a Winter Olympic game site with more mountain valleys than town (but more castles than in the Loire Valley!!) 10cm of snow is a joke.
Well, nope... because in the best of the Italian traditions, despite the forecast warned us for the past 5 days, Turin wasn't prepared at all and got stuck as usual!
Highways were closed, lots of cars crashed and on top of everything, we had a public transit strike right today with the snow falling down in large wet flakes.
Roads, streets and sidewalks weren't cleaned and turned into a hazard, a couple buses couldn't restart but a few lucky people could take full advantage of the mile-long arcades that shelter our promenades all around downtown. 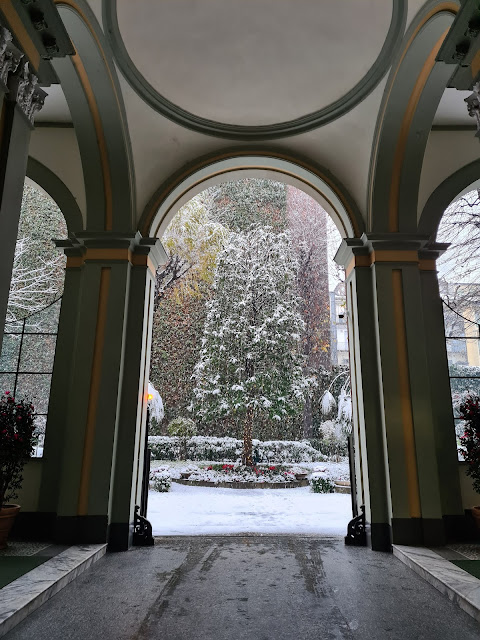 Here we call them portici or porticos, they were requested by our Savoy king who loved going on daily strolls but hated to carry his umbrella. This is our real very Québec-like or French (depending where you are looking at us from) luxury: long, tall, wide porticoes acting almost like a veranda!
In such dreadful situations where even our dogs feel uneasy walking in the snow, and people slip while crossing the street, we can actually cross the whole city from Piazza Statuto to the river, like our king did: without worrying about where we step in.
We don't have to worry too much though as this winter wonderland isn't going to last long: temperatures are supposed to go up for Christmas and these few inches of accumulation are supposed to melt within 24h making professionals, drivers and commuters happy.
Still, not because Turin is our hometown but under the snow, like a Christmas pandoro dusted in powder sugar, Turin is especially romantic and whimsical! One more reason to visit her during the winter and to experience her like a real local.
... then it will be clear how you - like us - can burn all the rich local specialties and why your blood levels will always be within the norm even enjoying a bicerin every morning and a velvety dense hot chocolate with whipped cream in the afternoon. 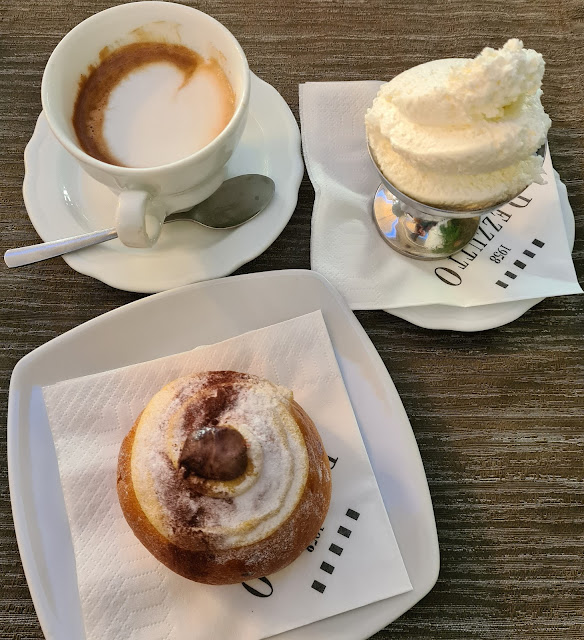 Wait no longer and plan your travel over to Turin to enjoy our vida royal just like our Savoy kings used to!
For your walking tour in Turin, tastings and private classes, e-mail Lucia: turinepi@gmail.com
Posted by turinepi at 3:09 AM