Right in downtown Turin, inside a courtyard, there is a shop where you can find Rebekka, a quite unique fashion line made of eclectic patterns and styles. Olivia Magee is the Irish owner who has been calling Turin her home since 1990s.
Originally from Cavan County in Ulster, Olivia left the emerald island to come to Italy and learn Italian; without knowing much and following a friend's recommendation, she ended up in Turin, and the city has slowly grown on her for its atmosphere, architecture and long avenues.
At the end of her first year as an au pair in Turin, Olivia decided to stay and took a job in one of Piazza Vittorio bars and right there she met Mario, her husband and her best friends.

When talking about Italian fashion, Milan and Florence come up right away, yet the very first fashion show in Italy took place in Turin, where a long sartorial tradition and sense of fashion has always been in the DNA of the locals. If the Italian silk hub is on the Como Lake, the cashmere one is in Biella, one of Piedmont provinces. As for the Turin area, Chieri has the textile hub since the middle ages with its wool, cotton and hemp fabric production. By the 15th century a moleskin guild was established to guarantee the quality of its production.

Olivia's husband Mario has worked in the textile industry all his life; his grandfather had a loom and Olivia has always been totally fascinated by it and by the swarming creativity of Turin and Chieri so tied to the fashion world and the famous brands.
Fashion though wasn't in Olivia's plans for a while, in fact, after getting married and having three kids, she was an ESL teacher. In 2014 though she manifested her wish to work in fashion and decided to collaborate with a stylist friend of hers.

In fact, she had an idea for a female line that expressed her own idea of female fashion: she actually wanted something out of the ordinary and with personality. Her fashion line must be a direct way for the wearer to express herself and who she is as a person. This is the origin of Rebekka: Olivia Magee's brand. 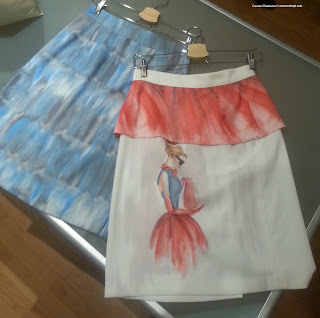 Rebekka's lines and colors come from the imagination, fantasy, colors, graphic illustrations and juxtapositions of classic models with bizarre patterns. Olivia's fashion sense is all for eclecticism and out of the box elements, like Doctor Martin's as the everyday man's shoes and the punk scene. She adores Vivienne Westwood and how she mixes the working man with the aristocracy, and Mary Quant's miniskirt which is also why Rebekka doesn't have any long skirts.

Olivia defines herself as a "canteen catholic" because she likes to pick and choose the religious concepts that best suit her view of life. Her spirituality shows in the choice of her brand name and, in fact, she picked Rebekka for the Rebecca in the Book of Genesis, a strong woman but also because of the Rebeccas in Mario and Olivia's families.
Rebekka, as a fashion brand, wants to represent the start of something strong, spiritual and consequently accepting which to Olivia is one of the most important traits of any human being. 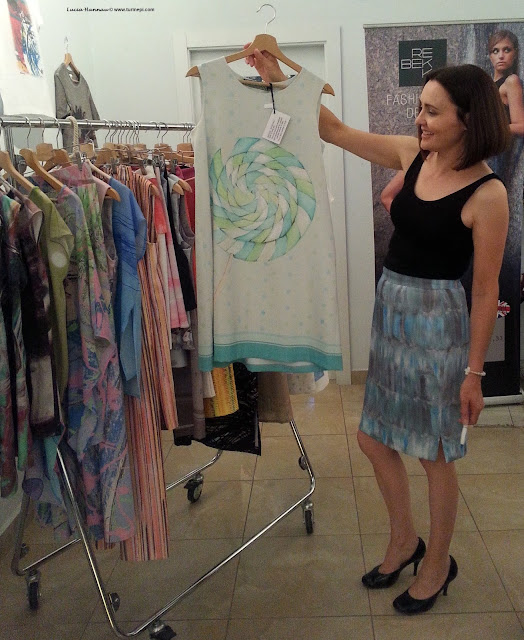 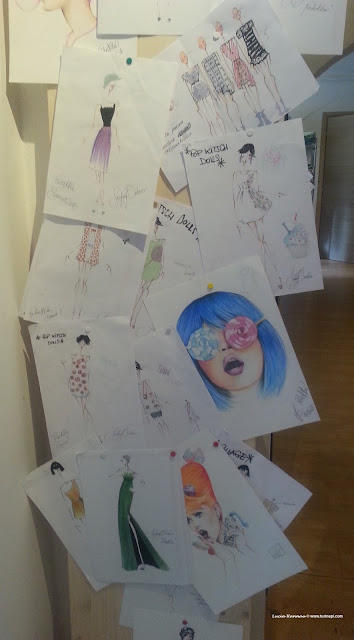 With Rebekka Olivia aims to "distinguish her style working from the original artwork that they can then print on fabrics. Rebekka is actually a full art project": first Olivia and Stefany Barberis - Rebekka's creative director, look at the patterns and the fabrics and then they think of the model they will create. The art work is the hardcore element and Stefany with her formal fine arts education is the interpreter of the message they want to convey. Olivia and Stefany work together  on colors and themes, they brainstorm together in the Via San Francesco da Paola shop; they work of the fabric and then they send it digitally to be printed. As they get the fabric effect they want, they start working at the model. they experiment a lot and totally enjoy the freedom of working on a small artisan scale, which allows them to customize too.


They keep everything in the house from the conception to the finish of the item and the choice of the fabric is given by the digital printing result so they work a lot with the new generation of technical fabrics.

Rebekka isn't only clothes, it is also  accessories like silk scarfs, bags and purses all done following the same process because sometimes even only one item can define a person! 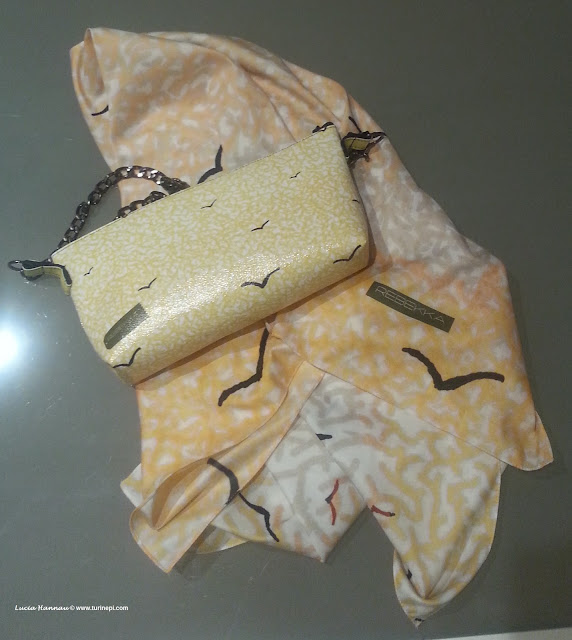 Now you know it, Rebekka is the essence of slow fashion with stories behind jersey, its artisan details are playfully sartorial as homage to both the everyday man and the London style at its highest expression.
Posted by Lucia at 12:33 PM