The Porta Palazzo market area is most definitely one of the most picturesque of Turin. Not only the largest open air market in Europe takes place in Piazza della Repubblica, but all the adjacent streets have something interesting to see: from the pedestrian Via Garibaldi, a real open air mall with nice shops and cafes to the Roman ruins of Porte Palatine - yes in Turin we also have some Roman ruins to show off ;)

However, the Porta Palazzo market neighborhood, known to the local as Borgo Dora, thus indicating the apartment buildings where historically the immigrant communities lived, is going through a real make over which is changing Turin's face too.
This picturesque and multiethnic area has also always been the theater of Turin's largest open air flea market: il Balon - literally the balloon, maybe from Borgo Dora's old name deriving from a 17th century supposedly Osteria del Pallone  - the Balloon Tavern, where people played football.
Today, Borgo Dora's balloon is also the panoramic hot air balloon you can get on to admire Turin from 150m/492ft high.

The Balon flea market is held every Saturday morning and you can be sure to find the most amazing things, however, if you are looking for real treasures, the best day to go is the second Sunday of each month, when over 250 antique shops and privates exhibit their vintage items and antiques: from original 1920s jewelry to 1950s designer furniture, including 1990s smurfs collections, you'll cross styles and times in the narrow cobbled lanes of Borgo Dora. 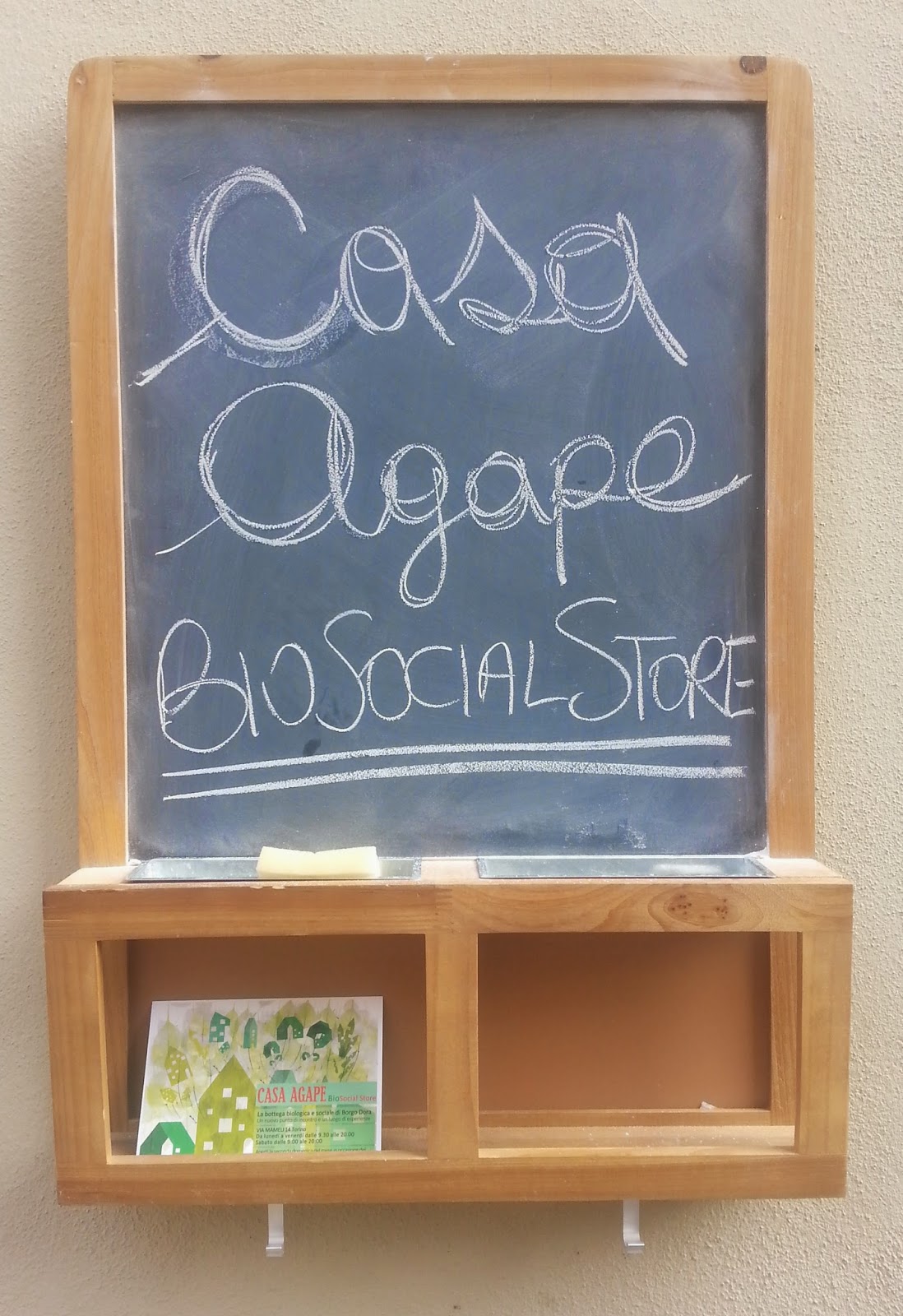 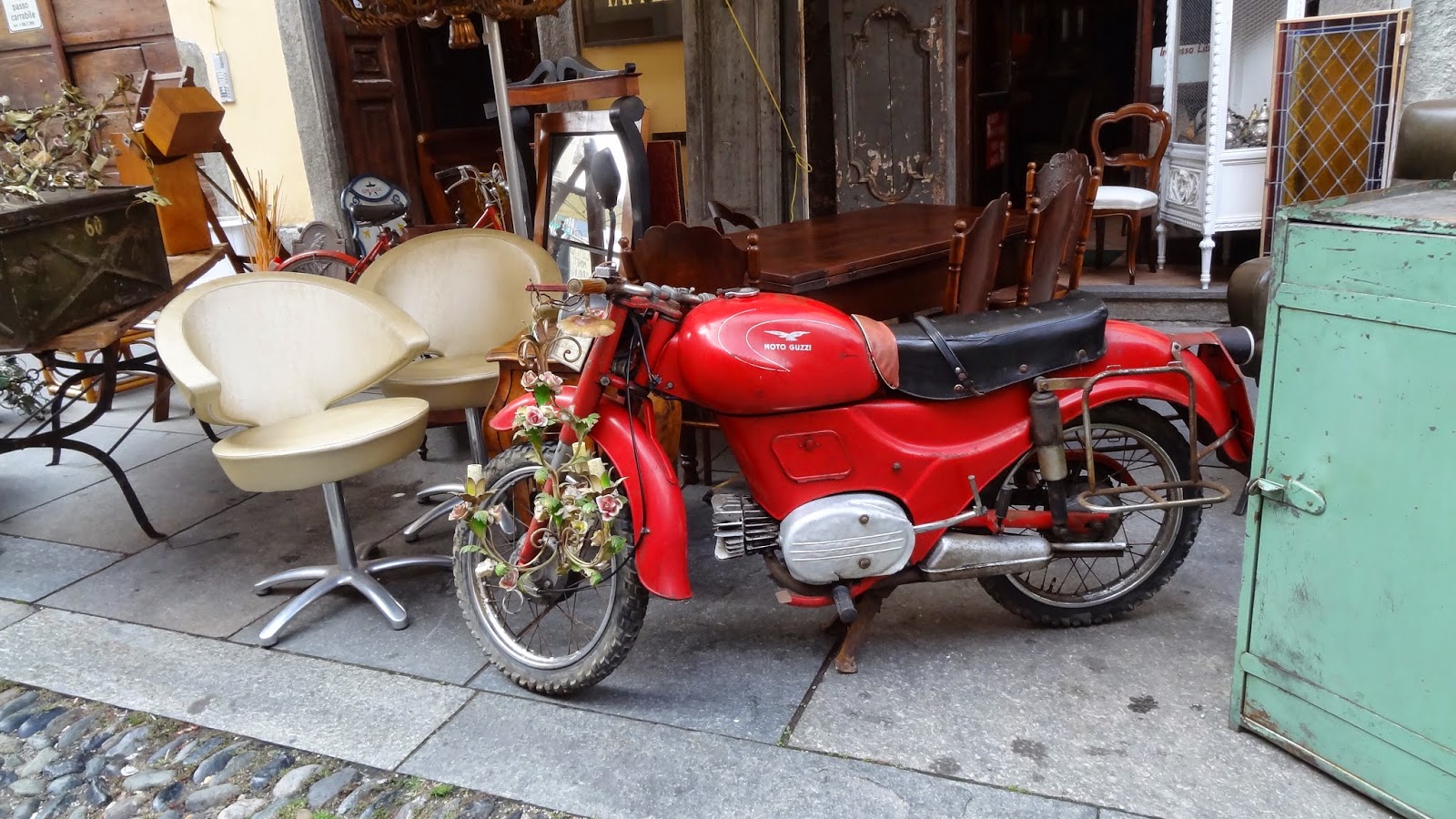 It is in one of those lanes that a new generation of shops has recently opened: Casa Agape.

Casa Agape was born as a social-bio store, where bio stands for organic and social emphasized the social role that such an organic shop has in a neighborhood where, traditionally, people can't really afford overpriced organic products, and it also implied the quality of such products: sustainable, local and natural. One day back in July, we stumbled in what looked like an alternative shop for accessories both to wear and for the house. Inside the shop, we were told about how there's a rather large project that has been taking place in Turin and that involves artisan workers who are currently jailed and who contribute to a cooperative and Casa Agape. All this is part of the Sermig charitable organization and following the its social service mission, Casa Agape picked the Borgo Dora neighborhood to emphasize its hope bringing role.

Surprisingly though, because of the economical crisis a more varied social group is now shopping at the Porta Palazzo market, taking a tour through the adjacent lanes and experiencing this neighborhood. More city's professionals grocery shopping on Saturday morning, browse the Balon lanes, eat at the inns, get a gelato at gelateria popolare and sometimes even look for an apartment.
This is how the once needy area is slowly pushing farther out the poorer immigrant communities and renovating its facade.
And this is also how Casa Agape has become a trendy emporium where you can find local and organic products (even those you can't normally find in stores), of different brands at regular prices.

The manager of the store told us that when they opened they tried a range of local products they thought could work out in that area. However, their current selection answers their customers' requests who really know what they want, from the milk to shower gel, and are very loyal!

When you visit Turin, if you really want to get to know the city, its habits, its people and its food, allow half a day to the Porta Palazzo market area and the lanes behind it. Have breakfast or lunch in one of the cafes and restaurants, get a gelato at the famous neighborhood gelateria and have a look at Casa Agape. If you happen in town on a Saturday, even better for you can browse through the 250 stalls of Great Balon flea market! 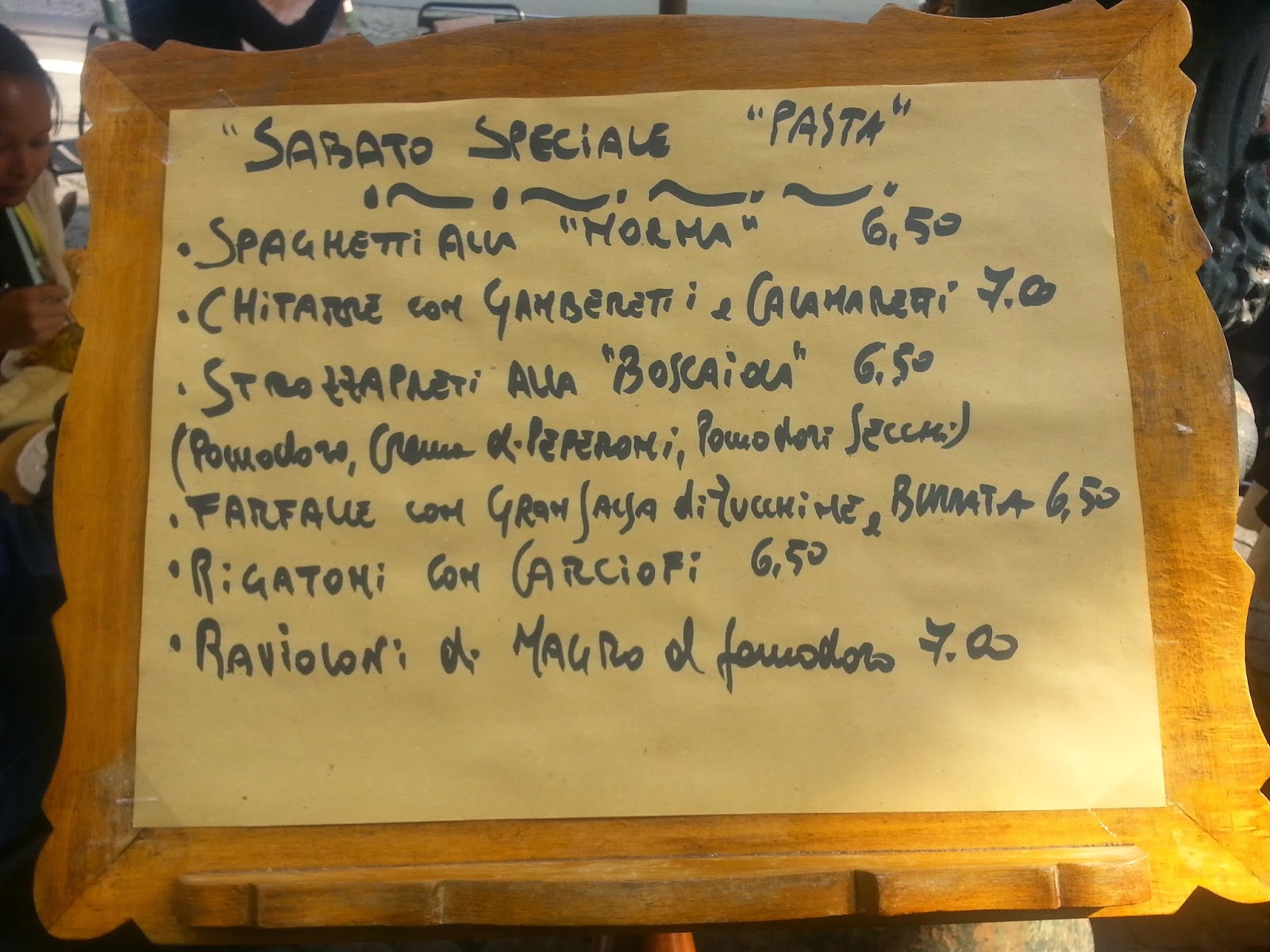