Ruche' DOCG is pronounced [roo-kay] and it is a rare red wine produced by scarce grapes almost exclusively grown in Castagnole Monferrato, in the NW Asti province of Piedmont, about 1h driving from Turin.
As its production is extremely limited, up to about ten years ago, it was one of the best kept secrets of Piedmont: nobody could buy it outside its production area!
In 2010 it was granted the DOCG status and since then some producers have started to market it and this is how its popularity has grown.

Ruche'... one wine, one name: an unsure origin

Some think that Ruche' got its name from a tiny church dedicated to Saint Roch/Rocco near Castagnole Monferrato.Others believe that this vine roots were brought in from Burgundy during XII century by some French friars who then, planted them there. Some other people theorize that the name of this vine and wine comes from the local dialect "ruche'" which describes the area where this vine grows: on the top of the hills to get all the possible light of the Sun.

This is indeed a special wine that can't really be compared to any other wine in the whole world. 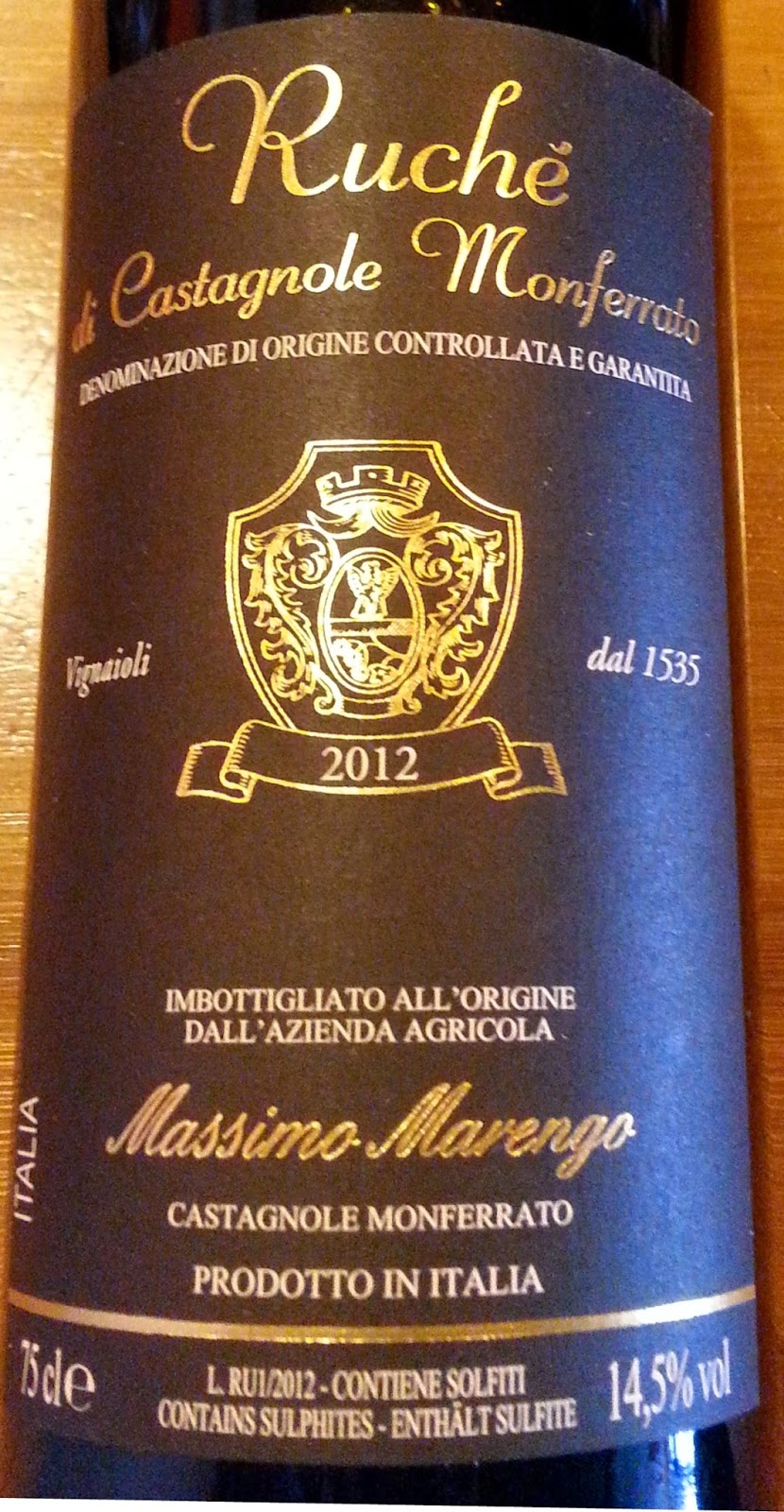 - it is a DOC red wine since 1987, a DOCG since 2010
- its vine is originally from Piedmont despite the many urban legends
- its production area is located in the NE Asti area and according to gov regulations, it can be produced only in 7 municipalities
- color: ruby red with purple reflexes that change to orange as it ages
- aroma: intense, persistent, aromatic and fruity
- body: dry, harmonious, slightly tannic, middle bodied and lightly aromatic
- Ruche' grapes must make up to 90% of its blend leaving the remaining 10% of Barbera or Brachetto.

Cured meats, roasted veal and cheeses are the best foods to be paired with Ruche' just like the traditional Piedmontese tagliolini (handmade, egg base flat spaghetti) with white truffles :P

Like many wines in Piedmont, Ruche' is celebrated every year with its own festival. In 2014 it was in Castagnole Monferrato in early May, so mark it down for next year!
Castagnole Monferrato is a Medieval town in a hilly area, through its name: Castagnole, we can tell there used to be a chestnut wood (chestnut: castagna).

This coming August 10 there will be another Ruche' festival "Under the  Stars", so if you are in the area get ready to delve in the local atmosphere with some wine tasting, local specialties, a visit to the Ruche' museum, a concert and historical costumes!

The official Ruche' festival lasts 2 days and visitors have the change to taste the wines made in the 7 communes of the Ruche' DOCG area. they can also savor the local specialties in a happy atmosphere with music and historical costumes. Because this is a medieval area, this year a simulated bird of prey hunt was also organized with eagles, goshawks, eagle owls and falcons.

Local specialties paired with Ruche' at the Ruche' Festival

Chocolate salami is a very easy recipe, it's no bake which means we can do it all year round and enjoy it even during the dog days of summer. All you need is some good cocoa powder, digestive cookies, (hazel)nuts and rum :P
Finocchini cookies are a PAT product whose traditional preparation technique is certified and whose original recipe is kept secret by the major company that makes them! They are typical of the Ruche' area and are considered very healthy due to the digestive properties of the fennel seeds they contain. They look like squared biscottis but are crumbly. They were a favorite of the local aristocrats who bought the personally! 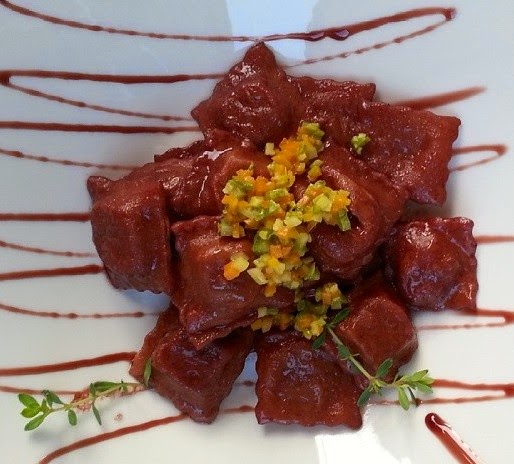 Agnolotti al Ruche' were a real surprise I had the chance to try last night. At first, I thought I had ordered regular agnolotti with a Ruche' reduction sauce. Little could I imagine that the restaurant chef add actually added Ruche' to the eggs and flour  mix of the pasta sheets. And boy, you can only imagine the Ruche' scent reaching my nose when the waiter served me.
So uniquely delish!