Here we are at the end of 2015 and like every year, we made it to the "red week", or that week of the year when Italians devote some of their time to buy red underwear to properly welcome the new year. 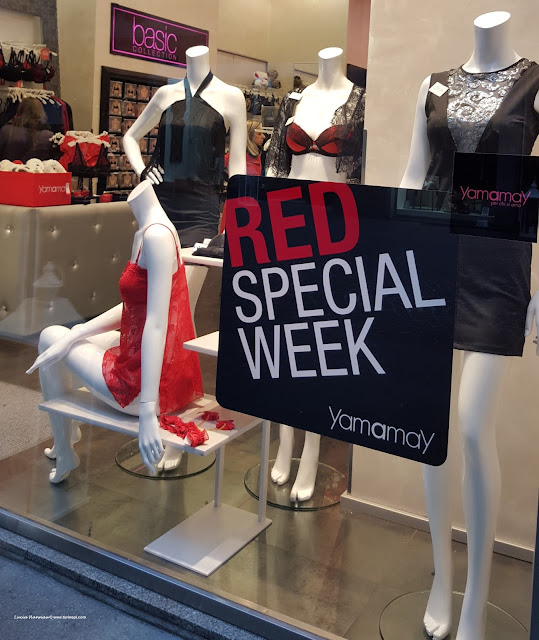 Yes, many non natives find it rather bizarre and embarassing to stroll downtown Turin (and virtually anywhere in Italy) and see all the underwear shops displaying red, black, laced and glittery underwear for women, men and children too!
However, Italians don't see anything racy in it, or at least nothing out of the ordinary, because after all, even Italian nonnas give red underwear to their grandchildren during the Holidays, 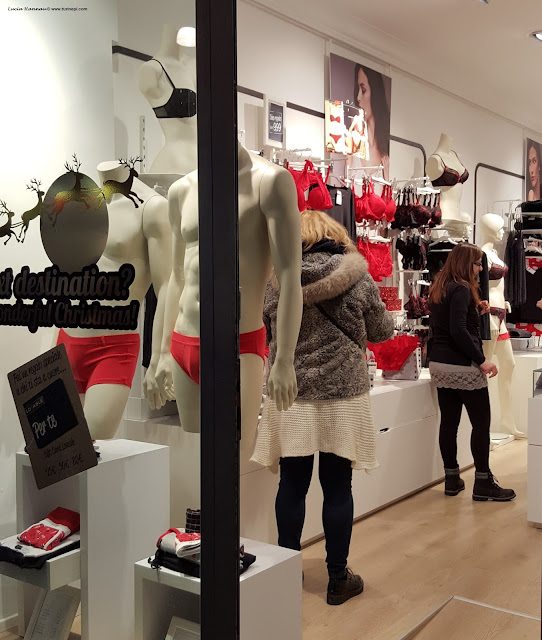 Giving something new to wear on New Year's day translates into a wish we make to the recipient to live so long as to have to wear new clothes. Nothing bad about it, right?
Also, traditionally speaking, underwear has always been something that didn't require too much money to get; so indulging in a new pair of panties or briefs has always been seen more of a bare necessity than a luxury or even an extravagance.

Many cultures consider red the good luck color and in Italy, many people believe that on New Year's Eve and New Year's Day you should wear something red, anything, as long as it's red! All our Asian friends will surely be happy to read this :D
So when it is actually hard to find the right underwear, you can still propitiate the new year by wearing another red accessory or item,

Following the natural combination of red as the good omen color + new underwear that we all need to get anyway... the next step was the sexual allusion: wearing red on New Year's Eve will sort of grant you a sexual partner, most likely met at the New Year's Eve party and if you have sex on the first night of the year, you'll have sex all year long!!!

Like most Southern Europeans, Italians have a relaxed, stress-free approach to sex, compared to many other cultures around the world which explains why the "red week" is so publicized and Italian customers rush to get their NYE red underwear openly.

Finally, there is the fashion touch to add some variety every year. Trends, mixing and matching materials, colors and accessories or new redesigned underwear items are all part of this end of the year/new year's carousel.

This is year Italian underwear collections include 3 colors: red, black and metallic gold.

Usually black is considered the stylish red and it is mostly used for women's underwear with a lot of lace and embroideries, but in 2015, it is a complement to red.

Bright red panties have become shiny with a golden thread intertwined in the fabric and then of course, there is plenty of choice of other unusual materials like plush, cotton and different laced patterns.

In the end  all that matters is having fun, getting something new to wear, even better if red and enjoy the New Year's Eve party and the subsequent big New Year's Day lunch with the family. We have worked hard to get to the end of 2015 and will work hard during 2016, this is the time to have fun and recharge our spirits! 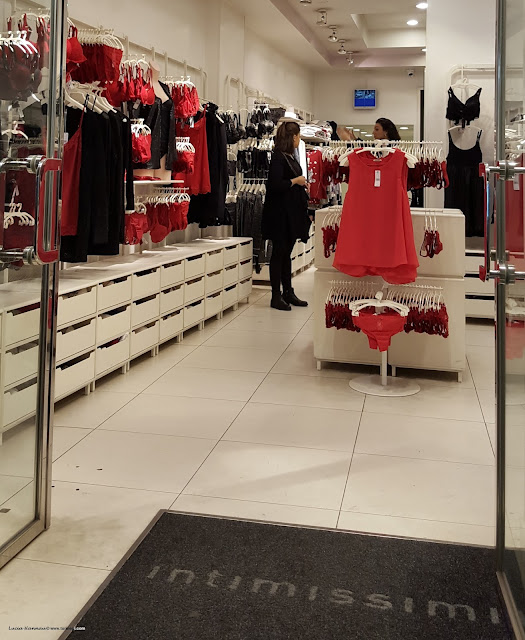 Wherever you are, we hope you had a profitable 2015 and wishing you a prosperous and happy 2016, we hope to see you in Turin, buying your new red underwear these days next year ;)

...and for all the fashion addicts out there, mark it down: the big winter sales start on January 7th!