This week we are hosting our friend Sebastian Sassi's guest post and what he loves about Piedmont.

Sebastian Sassi is part of the husband and wife team that operate Sassi Italy Tours out of Colorado Springs, CO; they work with his art historian father, Doug Sassi, to navigate discerning travelers to Italy's typically-undiscovered-by-tourists treasures, artisanal food and wine producers, and off the beaten path adventures.
His life-long fascination with Italian culture drives him to want to share what he's learned from his father and from his experiences in Italy with those who share the traveler's spirit.

We often write about places and things that strike us as being the *real* Italy, places where you feel a deep connection to an authentic sense of “Italian-ness”, places that offer an emotional connection that contrasts sharply with more typically-touristy-Italy.  Think along the lines of a quiet afternoon on Burano…versus Piazza San Marco with a few thousand cruise ship denizens standing in line to get into the basilica.  Piemonte for us perfectly epitomized that sense of Italian-ness--in a way that resonates deeply and no less poignantly in the days since we left it to come back to the states.  We pretty well cannot wait to go back, and plan on making more contacts, learning more about its food and wine, and thoroughly absorbing everything about it that we can.

In short, it’s going to be the core of what we do eventually, we are quite certain.  Lots of folks love to visit it, drink its wines, and expound upon its virtues, but we’re going to take it a step or three further.

Why is this connection to places like Piemonte so vital to us? 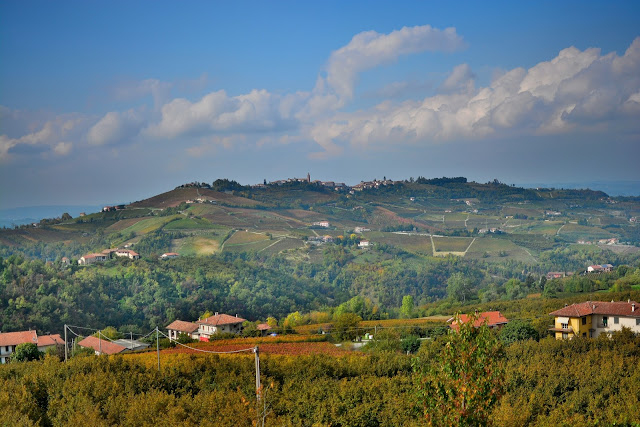 When I was a wee lad, my family did not enjoy loads of money. My mom was a part time nurse and my father was an art teacher at a small private school. There were no fancy beach house visits, Aspen ski trips, Disney vacations, etc. We had fun outside playing, plenty to eat, and a wholesome environment that supported curiosity and education, but few of the bubble-gum-for-the-mind relaxation vacations a lot of the people I knew in middle and high school were taking. My father was instead building the groundwork for a cultural exploration that would lend my brothers and myself the underpinnings for an inclusive worldview, even if I didn't fully realize it at the time. 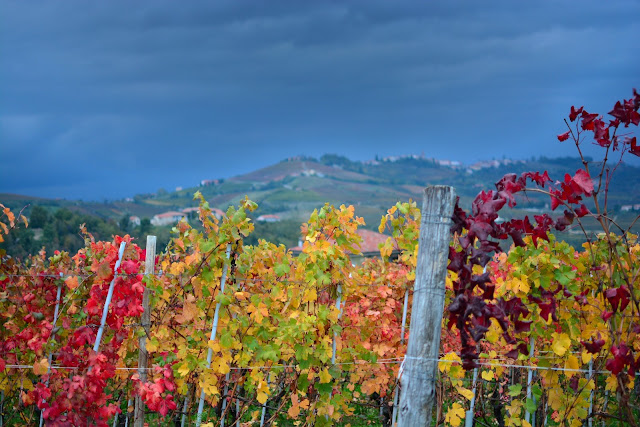 The school he worked for allowed him to set up a student exchange with a school in Brescia, Italy. American students would get what was often their first exposure to a foreign culture, and stay with Italian high school students in their homes for three weeks while going to classes in an Italian school that focused on learning languages; a few months later, the Italian students that had hosted my father's American exchange students would in turn come stay in the US with their American counterparts.

I remembered when I was 11 or 12 years old noticing how happy the Italian students were here, how they were so excited about everything they were experiencing in suburban Maryland--they loved McDonalds, our crappy pizza, Timberland boots, Levis jeans, outlets malls, strip malls, billboards...the detritus and consumerist silliness that makes Anne Arundel County, MD (and thousands of places like it) the typically bland middle-America place that it is. How could they enjoy such a boring place so much, I asked my dad--is it that they wish they were Americans like me?

"Actually son, they think it's pretty damn cool to be Italian." 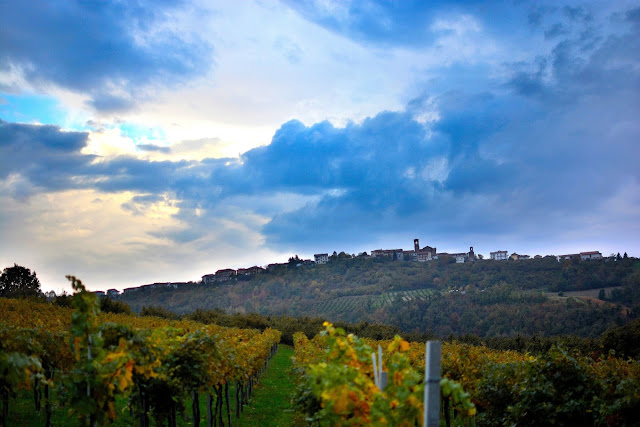 It's hard to explain what a mind-altering moment that was for a pre-teen; it's something that you simply wouldn't realize from growing up in American culture watching American TV and being immersed in American jingoistic consumerist culture--people from across the planet might think that where they live is pretty darn cool too! It shattered my sheltered worldview (in a good way) and permanently burst the isolation-bubble that seems to envelop so many of us American folk, grounded here in a big wealthy country with gigantic oceans on either side. There were other cultures out there, cultures that had things different from us, things we didn't have, places that were older, places that influenced who we are as a people--whether we realize it or not--with fascinating people in them who were quite proud of their culture and ready to share.  There was a whole world out there beyond the end of my nose, and I was lucky to get to experience pieces of it because of the groundwork my father had laid in an educational environment.

Over the years I got to go to Italy a few times with my father and experience first hand what being in a place that melds the ancient and the modern so efficiently is like. It confirmed what that 12 year old boy suspected: while the US has quite a few things going for it, Europe does as well, and there are few things more intriguing in life than taking them in and grasping the glorious differences.

I guess that means I'm on a mission--I want to share with as many people I can the experience I got to have, I want for them to get bask in that sense of wonder I had when exposed to the *real* Italy, to get them to see how lucky I was to grow up with a parental figure who immerse me in that larger would, and to give them a chance as an adult to feel the wonder that 12 year old boy felt when he took that first step into a larger, more understanding world.

When we first drove through the rural areas outside Torino a couple weeks ago, I flashed back to the excited state of mind I had when my first Alitalia 747 touched down in Rome back in 1989 and I saw Italy in front of me for the first time.  When we spoke with the winery in Rodello we were visiting and they told us they had stashed a few bottles of Dolcetto for us at the B&B where were staying, I was reminded of all the hospitality I enjoyed with the students, teachers, and parents at ITC Lunardi in Brescia in my middle and high school years.  When the plains outside Torino gave way to the rolling Piemonte hills that make up Barolo country, my mind raced remembering what that sense of wonder at experiencing Italy as a student felt like, taking in all the aesthetics, the charm, the beauty, the wonder, the sites and sights, the smells and tastes, and just the sensations of being in an ancient place.  I remembered just how lucky I had been to have had such experiences.  I had something in my life so much more valuable than money. When we had our first dinner in Piemonte that evening and ate ourselves silly on the most amazing food we’d ever tasted (tagliolini con tartufo…the real deal!), course after course, wine after wine, we knew we were experiencing the core of what is best about Italy and that it was--right then and there--a moment that would stay with us forever.

We left feeling like we have a duty to share what’s great about this place with others; time to saddle up and spread the sense of wonder we have at Piemonte’s brilliance with any and all who can make their way there.  Seize that day.