For all our wine loving friends today we'll talk about 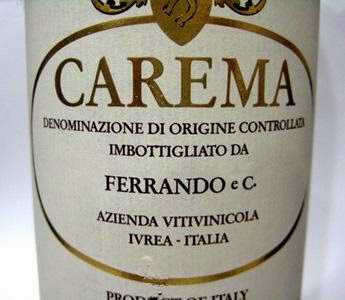 photo by crush wine and spirits

a refined DOC wine whose production is allowed only in the Turin province and that you can hardly find outside of Piedmont (as many of the high quality wines we'll talk about) because, as anything precious, it is not produced in bulks!


Carema wine gets its name from a tiny hamlet (barely 800 people!) near Ivrea, right at the border with Valle D'Aosta, on your way to Switzerland. 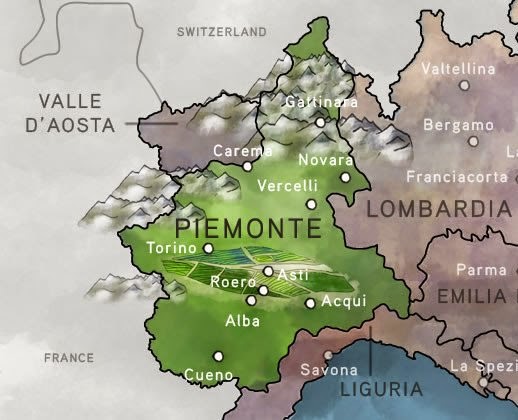 So its production area is a bit further north compared to the Erbaluce one, but still close.
The vineyards are cultivated at at least 1,000 feet in height, on both the Alpine hillsides.

According to the official regulations it should be made blending at least 85% of Nebbiolo and 15% of other local varieties, however, many producers use 100% Nebbiolo wine.
It is aged a minimum of 3 years; the Riserva are aged 4 years.

In its aromas, it reminds us of Barolo and Barbaresco from the Southern part of Piedmont: tar, licorice, camphor, mint, roses, eucalyptus, and strawberries and it's abundant amount of tannin. Carema though differs from them because it is light- to medium-bodied and more acidic, with a sleek, linear, elegant texture. It can be too lean and acidic in lesser vintages, but magnificent and long-lived in good vintages.

- it got the DOC certification in 1967
- in the early 2000s fewer than 32 acres (13ha) were planted making it "Italy's best kept secret wine"
- the vineyards sit at 2460 ft (700m) above the sea level on a series of terraces
- the weather is cold and windy, therefore this grape ripens slowly
- despite its being internationally unknown, during the history, popes and kings kept it in great esteem,
considering it the "perfect beverage for princes and lords"
- ancient Romans were among the first producers of this "prince wine"
- color: ruby to light garnet
- alcohol: 12-13%
- flavor: velvety, delicate, with a slight scent of macerated rose
- you can pair it with: risottos and pasta dishes, meats, particularly roasts and game, and (local) aged cheeses 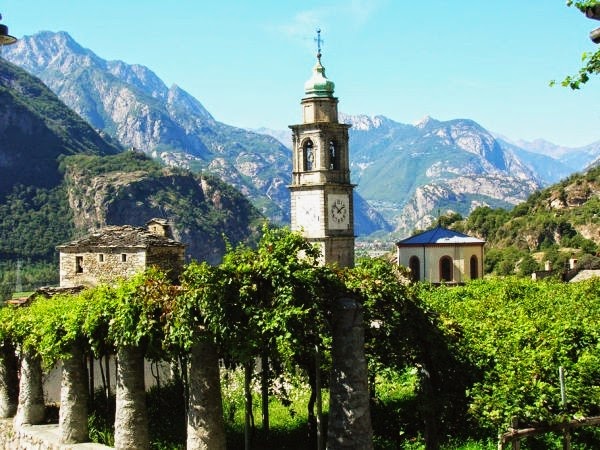 We recommend you watch this short video  about the Carema village in Piedmont, where they make this best kept secret wine!
You'll how the vines are tied to the pergolas so that, the grape bunches won't fly away swept by the harsh winds and especially, to fully expose them to the sun. 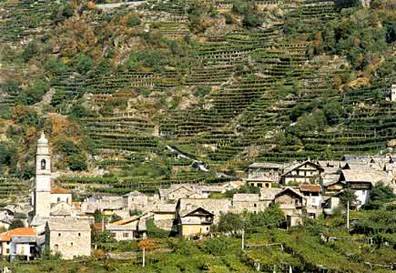 So mark it down on your to-see-in-Italy list and imagine its bouquet in the meantime!
Posted by turinepi at 5:49 PM