After a career in Public Health Education, Holistic Health, Nutrition, and Ayurvedic Medicine, Mara LeGrand took a leap into the world of writing and filmmaking. In the past ten years she has written 8 original scripts, several health related books, short stories, a trilogy of magical realism with wild mustangs for young adults, a series of books about local farming for young children as well as a book of poetry. She Co-Produced, produced films and wore many hats till producing, writing, directing and filming, two award winning documentaries. Heart & Soil, an inspiring film about local, sustainable agriculture and Wild Horses In Winds of Change.
Mara will take part to our event this coming September and will collect new footage for her next work!
Enjoy her post! 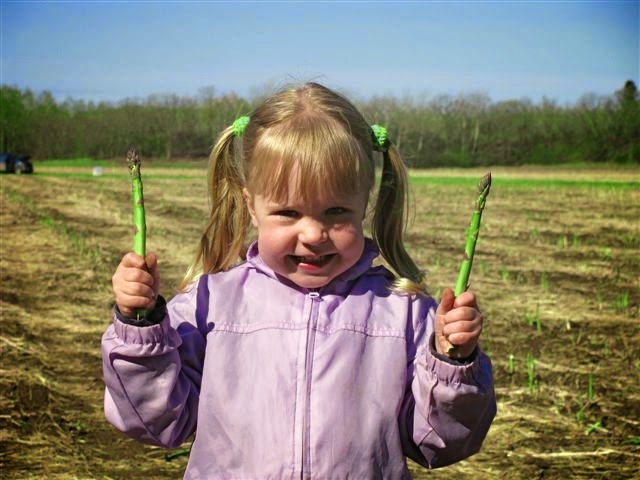 Asparagus shoots are the first vegetable to pop out of the ground in spring, and for a month or two, the fields need to be harvested frequently to pick the newly emerging shoots as soon as they appear.  Romans called Asparagus the food of Kings.  My last name that year on the farm was “King”.   It was the experience that fed me like royalty.


A Royal Field.   by Mara LeGrand

When I was four years old, I lived on an asparagus farm in Nebraska.   I loved my morning walks to the red one -room school- house with the proverbial bell on top.   I would skip happily down the hard dirt road, through the morning haze animated with gigantic grasshoppers, butterflies and bees.  I’d greet horses, donkeys, cows, and sheep and I’d make up magic stories about the dog size Jack Rabbits that hopped through the soft brown dirt prairie.

In the evenings, the Mexican workers would come in from the Asparagus fields, where the whole family of Madre’s, Papa’s and Ninjo’s worked from the first light of dawn, to nearly sun-down, seven days a week.  As migrant workers they traveled from farm to farm, from one room, row shanties, on one farm to those same simple dwellings on another farm.  They lived apart from our house, but I could still see them from our large dining room window.

I always sat, across from that window while I ate dinner with my family so I could  watch them come in from  a hard days work. I’d eat dinner of Campbell’s Tomato soup and saltine crackers or Mac and Cheese, with a side of soggy asparagus and maybe some canned fruit.  I couldn’t finish my dinner or clearing the plates fast enough, so I could rush out the door, and run down the draw to join them.

I was entirely happy to help build their fires in large pits where big iron pots of beans boiled and rice simmered.   The women and children teamed up to make the same meal every – night.  Frijole’s, aroz and maize tortillas.  The balls of dough were plump and fleshy.  I remember thinking they looked like my baby brother’s bottom.  The balls were flattened and patted into flat – perfect rounds, then lightly browned on the hot stones where the short life of each tortilla’s was born.

Sniffing with delight, I’d watch as ajo y comino y fresh chile de’s  were ground in wooden a mortero y maja then added to the simmering luscious smelling frijole’s.   I don’t remember ever seeing cheese, meat, chips or desert and I don’t think they had refrigeration.  Some evenings, the culled asparagus was flash – fried alongside the tortillas.  Just a tinge of a taste of garlic and chile’ from the flat iron skillets was enough to make it delicious.

Not only did they know how to keep the asparagus crisp and el’diente’, they knew how singing and laughter lifted the burdens of life.  As the women cooked, they swayed their hips to the tunes the men played on their harmonicas and ukuleles.

Each evening I played the game of learning the words of their songs, giggling as I  interspersed some of my own English.  But the most fun of all was flying like a tortilla.  As the women flipped their tortillas into the air the men tossed me up too.   With golden braids as my wings, I was a free and joyous bird flying like ribbons in the luminous sky of sun set.

Each night I savored every bite of the food mi amigos shared with me.  It was the aromatic scents, joyful sounds, colorful sights, savory tastes and the welcoming nature of the people that is indelibly imprinted on my earliest memories.  Through my life I spent lots of time in nature, but I never lived on a farm again.

I believe the tone of my film “Heart & Soil”, grew from the seeds of memories on that humble farm with a royal crop.  It was my inner child behind the lens, capturing the bucolic scenes, barefoot children and lively animal families.  I became that child of four again who could dissolve into nature’s wonders as naturally as an asparagus shoot pops from earth’s bed into  it’s royal welcome from the sun in spring.